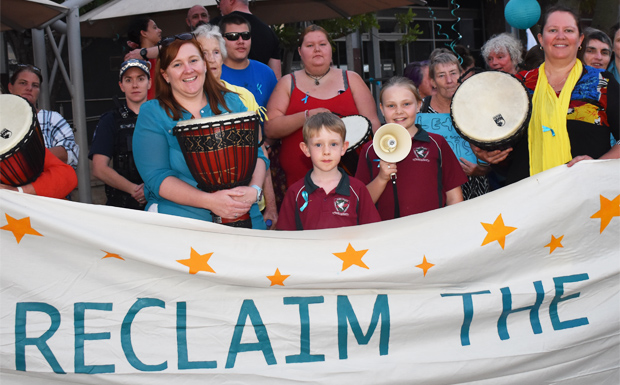 Erin Jeffs, from Centacare, and Cr Danita Potter, from the South Burnett Suicide Prevention Working Group, led the march to Reclaim The Night

The South Burnett’s annual “Reclaim The Night” event attracted a good crowd of women, men and children to the Kingaroy Town Hall Forecourt on Thursday evening.

“Reclaim The Night” aims to highlight men’s violence against women, and this year had a special message for the survivors of sexual violence: “We believe you”.

Erin Jeffs, who oversees the sexual assault service for Centacare Family And Relationship Services in Kingaroy, told the crowd she was shocked by the stories she heard, and what people do to each other.

“What shocks me most is just how common sexual violence is in our community and how blissfully unaware our community is,” she said.

“In 2018, our tiny little service delivered over 1500 hours of sexual assault-specific counselling.

“This year, we were down a practitioner for about nine months – and this meant we had only one part-time practitioner and myself seeing clients – and to date we have still delivered over 900 hours.

“The Australian Bureau of Statistics reported that in 2018, reported victims of sexual assault in Queensland rose for the seventh consecutive year to 4849.

“That’s only the reported assaults. The bureau also reported that nine out of 10 Australian women chose not to contact police about their most recent sexual assault.”

The grassed area in the forecourt was decorated with small cut-out figures representing the one-in-five women and one-in-20 men who have experienced sexual violence in Australia.

Along the side of the forecourt, a “washing line” of clothing was hung in response to the common question that rape victims are often asked: “What were you wearing?”

The installation aimed to destroy the myth that certain clothing is responsible for sexual violence.

Brave survivors of sexual violence shared their stories on video to run in conjunction with the installation.

At 6:00pm, the crowd gathered behind a banner to march down Kingaroy footpaths … banging drums, holding placards and proclaiming loudly: “We reclaim the right, to walk the streets at night”. 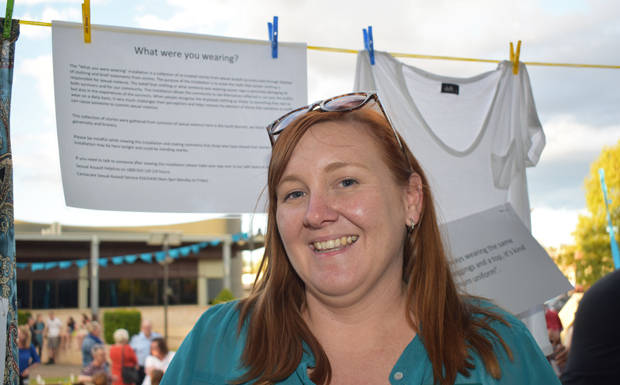 Erin Jeffs, one of the organisers of the evening, with the “washing line” installation 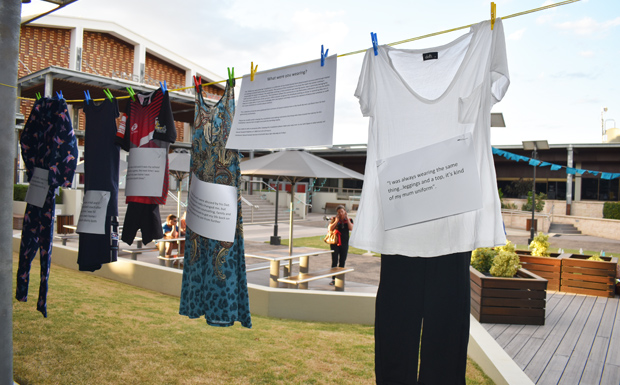 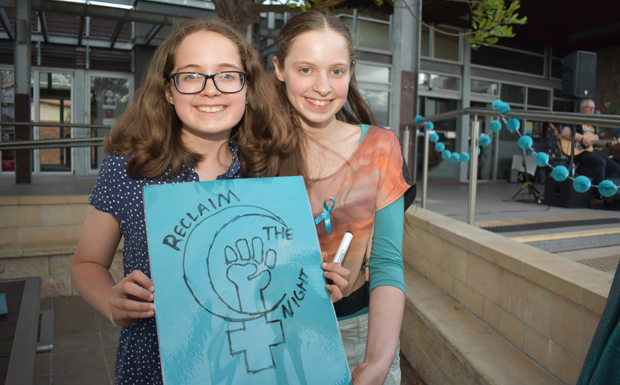 Fidel, 12, and Nuala Mearns, 14, from Kingaroy, with a placard Fidel drew for the march 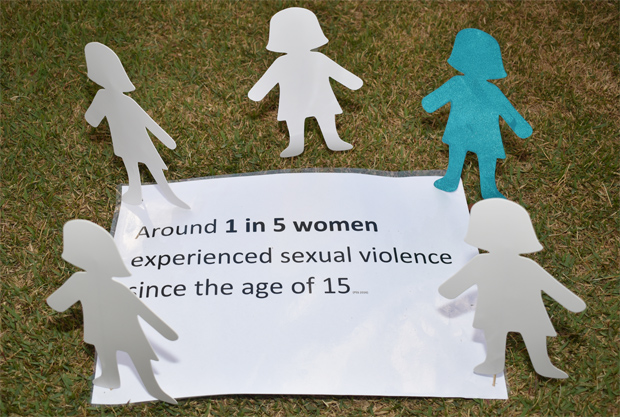 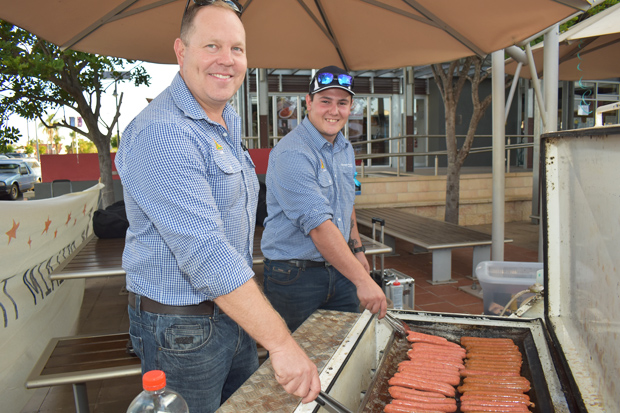 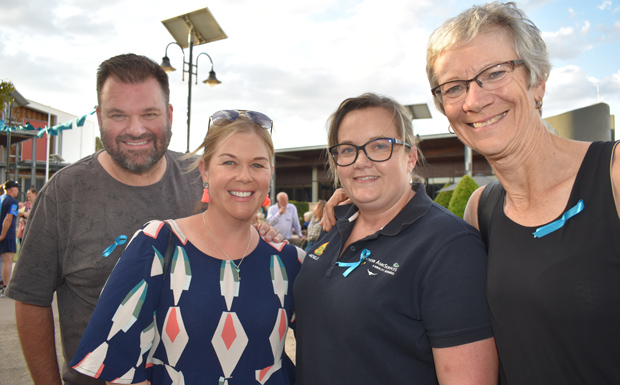 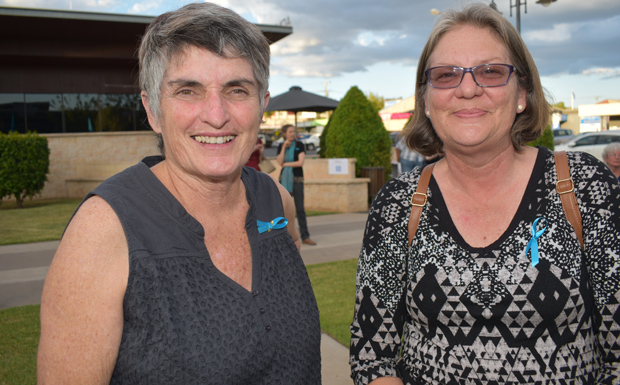 Trish Mearns and Peta Clarkson, both from Kingaroy 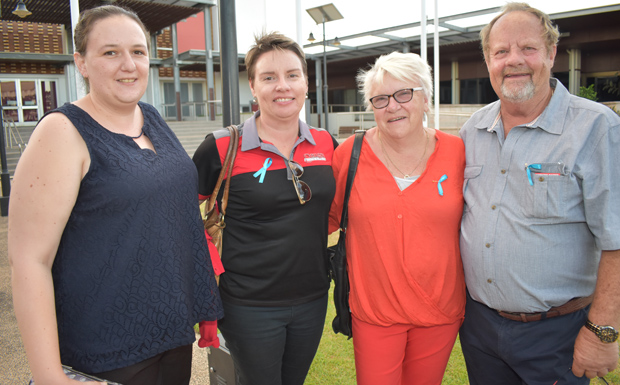 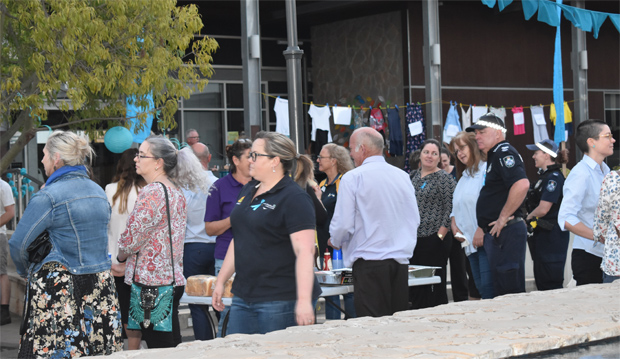 And The March Begins …