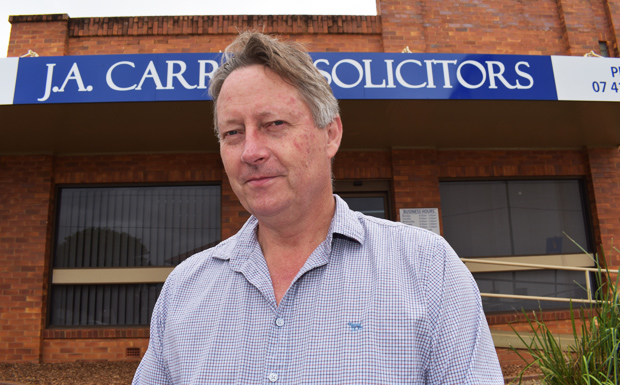 The former Wide Bay Burnett Electricity Board building in Kingaroy, which has stood vacant for many years, is again buzzing with life.

J.A. Carroll Solicitors shifted their 10 staff members into the building, opposite the peanut silos in Haly Street, on Monday.

Owners Paul and Prim Laurentiussen showed off their new premises to southburnett.com.au on Wednesday.

Paul said the reception area had been repainted, new telephone lines installed and the garden beds tidied up.

But apart apart from that, the building was ready to move into as soon as they bought it.

“Even all the data cabling was there,” Paul said.

Two years ago, the South Burnett Regional Council had discussed buying the building but ultimately decided against it.

After being on the market for several years, it was put up for auction in May but was passed in.

“Essentially the reason we bought it was because we have a strong belief in the future of the region,” he said.

“We have had the business for 10 years now and we anticipate it will continue to grow.

“Our old premises had no more room. This is a perfect building for future expansion.

“We would not have bought it if we didn’t believe in the future of the South Burnett.”

Inside, there are three large office areas, a staff kitchen plus a large, secure (and fireproof) safe custody room in which to store documents.

The office space is nearly twice the size of what they had at their old premises in King Street.

J.A. Carroll Solicitors has been a part of the South Burnett community for more 88 years.

The firm was founded by Jack Carroll before he passed it on to his son, Denis.

“We are a local firm proud to be employing local people,” Paul said.

“All of our employees lived in the South Burnett at the time of their employment, so we believe in and value developing the skills of local people.

“We employ three solicitors and are proud to have a female solicitor with our firm.

“We have always employed people living in the South Burnett and then provide the training for them.”

The move also coincides with a decision to make a slight change to the firm’s trading name.

Paul said he also wanted to single out PCA (Bega) for a big thank you.

“Parking is limited out the front of the building and we understand their workers need to access this as well,” Paul said.

“PCA asked their staff to consider the new business asked them not to park in front of the building.

“We did not approach them, they just did it. I think that shows fantastic community spirit and a desire to support business in the South Burnett.” 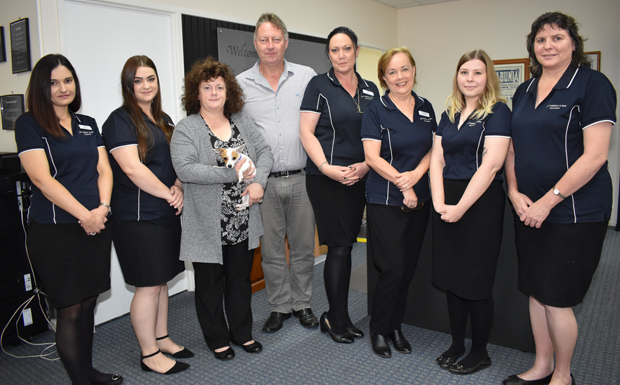 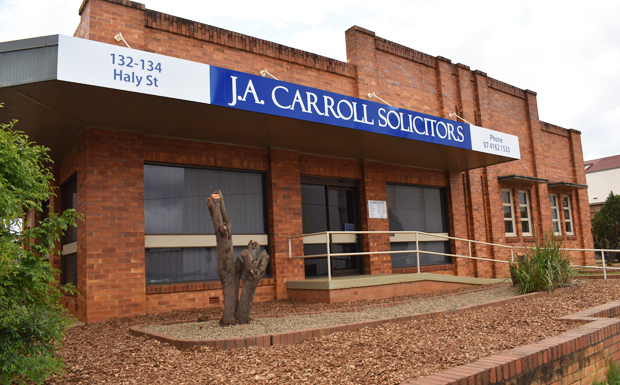 The new J.A. Carroll Solicitors’ premises … the move has breathed life into the vacant building