The ban will be in place from 23:59 hours today (Thursday, September 5) until 23:59 hours Saturday (September 7) in the South and North Burnett and Cherbourg regions.

For Toowoomba and Western Downs, the ban will be in place from 00:01 hours on Friday (September 6) and is expected to remain in place until 23:59 hours that night.

Severe fire danger conditions are perfect for bushfires to ignite and spread quickly.

Under a local fire ban, all open fires are prohibited and all Permits to Light Fire which have been issued in the designated areas have been cancelled.

Power tools may be used during a local fire ban however QFES encourages people to use these with extreme care and ensure adequate equipment is available to extinguish any fire which may start.

This may include having a person available to watch out for any ignitions that occur.

Mark Pomeroy, the acting fire safety officer for the North Coast region, urged anyone doing “hot work” – ie. welding, cutting or grinding – to take extra care and have fire-fighting equipment on hand to immediately extinguish any fires that may start.

The Department of Environment has advised that a local fire ban has been imposed in the Bunya Mountains National Park today (Thursday, September 5) and tomorrow (inclusive).

A similar ban is in place for The Palms National Park, near Cooyar; Boat Mountain Conservation Park and Jack Smith Scrub Regional Park, near Murgon; and Yarraman State Forest.

A Local Fire Ban is also in place in Benarkin State Forest from September 4 to Friday (inclusive). 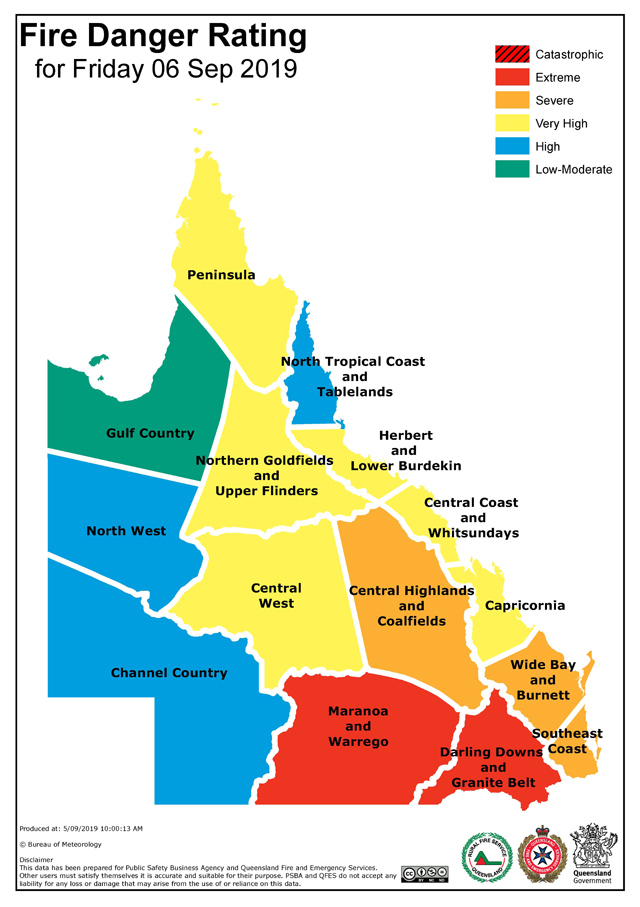