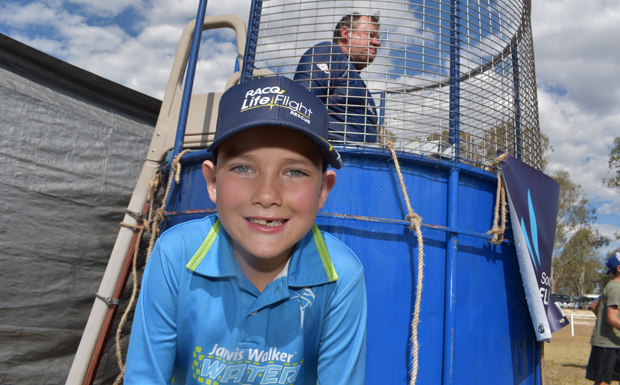 Wondai has been chosen as the town to host next year’s South Burnett Community Family Fun Day.

The annual fun day, organised by South Burnett Flight Savers Inc, raises funds for the LifeFlight Foundation but also aims to provides a cheap, fun day out for all the family.

While mum and dad can test their muscles in the Top Gun Challenge or win big on the pig races, children can have fun trying to dunk a celebrity or two.

The Fun Day is also an opportunity for local community groups and service clubs to showcase their wares, and maybe even attract a few new members.

Organising committee president Cardell Turner made the announcement at the third annual Fun Day, held at the Nanango Showgrounds recently.

This event was well-supported by community groups with plenty of stalls dotted around the oval.

Sadly, crowd attendances were a little disappointing but the charity dinner held the night before made up for it, attracting 110 diners.

Special guest was Louis Brown, 6, who was flown out of Kingaroy on an RACQ LifeFlight helicopter after suffering severe injuries when kicked by a horse four years ago.

An auction held at the dinner raised $5800 for the LifeFlight Foundation plus an extra $1190 came from a calcutta held on the following day’s pig races.

More money was raised on Saturday from raffles and the celebrity dunk tank, where councillors Gavin Jones, Roz Frohloff and Danita Potter were joined by Senior Sergeant Dave Tierney and St Mary’s principal Angela Myles in taking a dive.

There was plenty of opportunities for fun around the Nanango Showgrounds Oval, with the Top Gun Challenge obstacle course, a laser skirmish battleground, pig racing. live music on stage and, of course, the highly contested tug o’war. 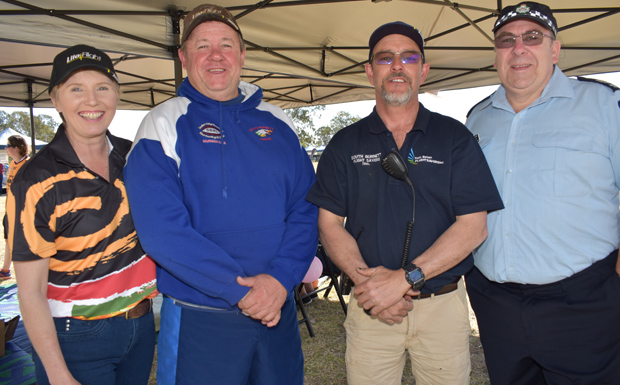 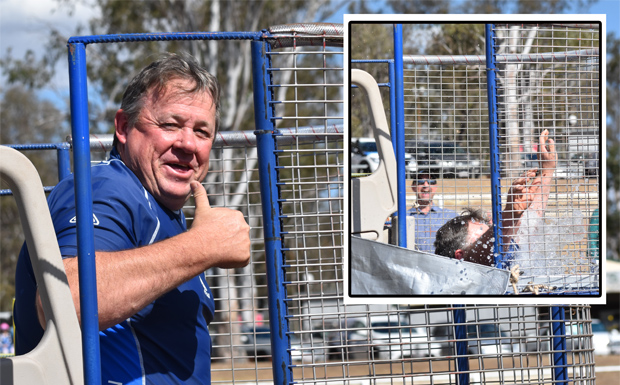 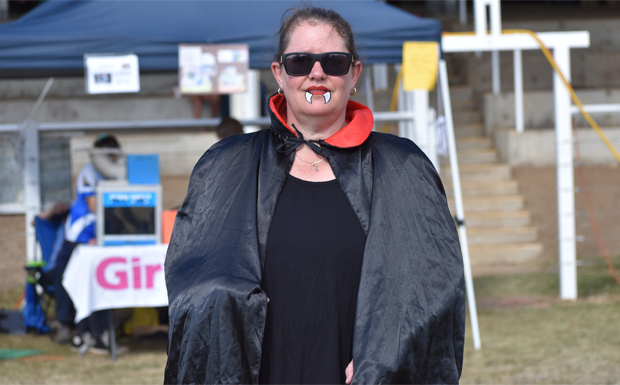 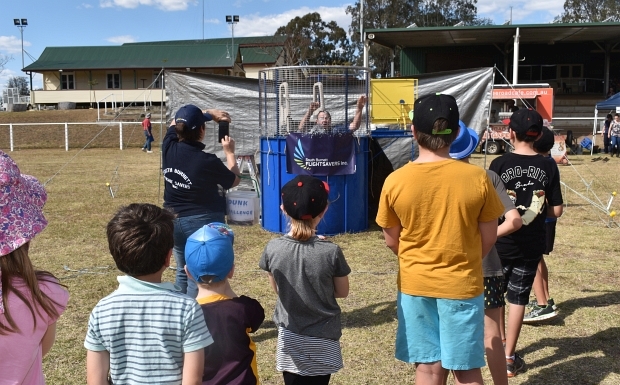 Children queued to have a go at dunking a councillor … and they don’t even vote or pay rates yet! 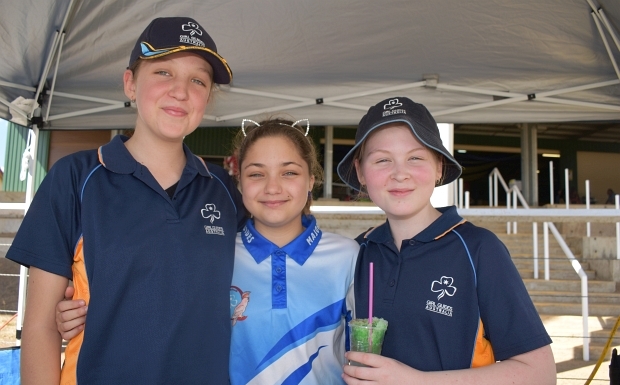 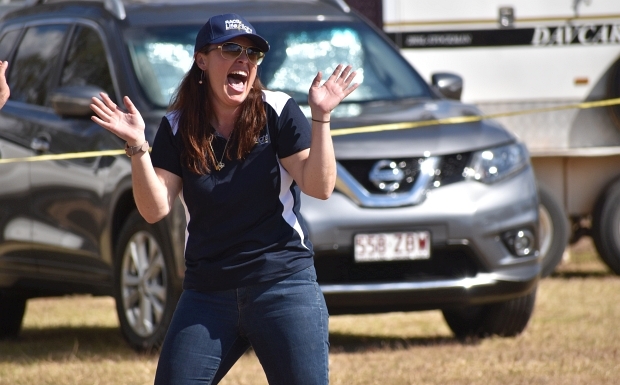 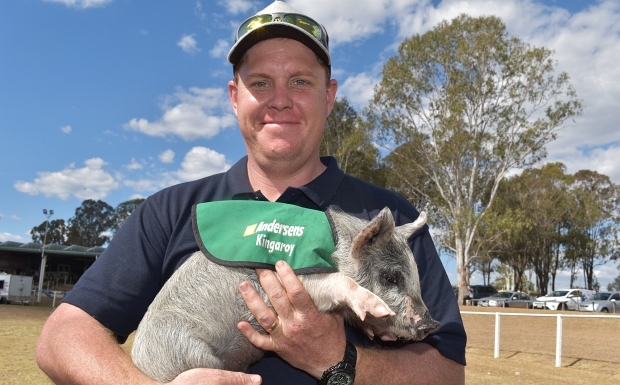 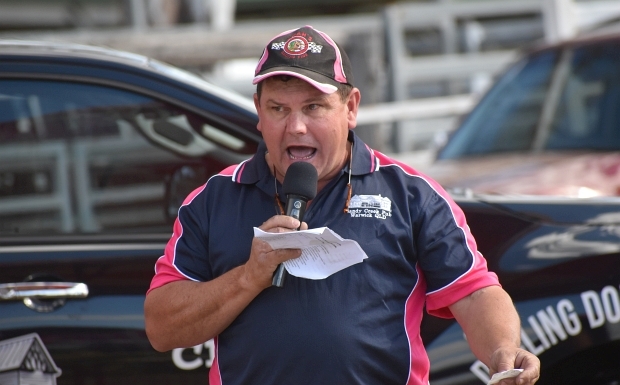 Kevin Kiley, from Noah’s Thoroughbred Racing Pigs at Warwick, revved up the crowd ahead of the pig racing 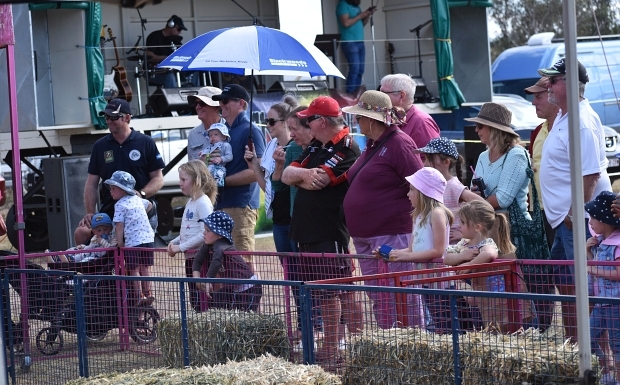 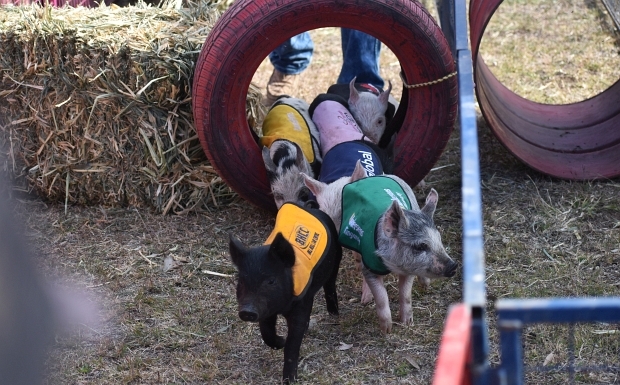 And they’re off … six little pigs negotiate the first hurdle in Race 1, the Apple Sauce and Crackling Dash 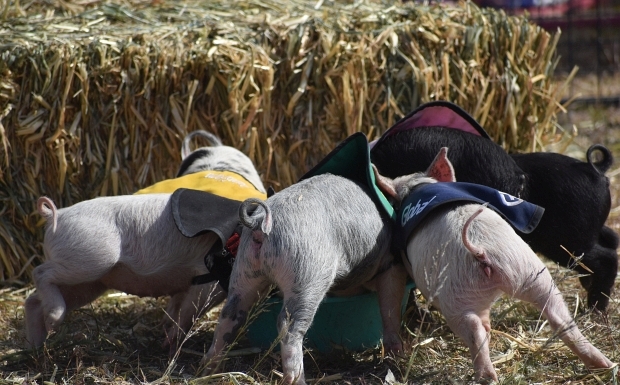 A perfect star formation at the finishing line 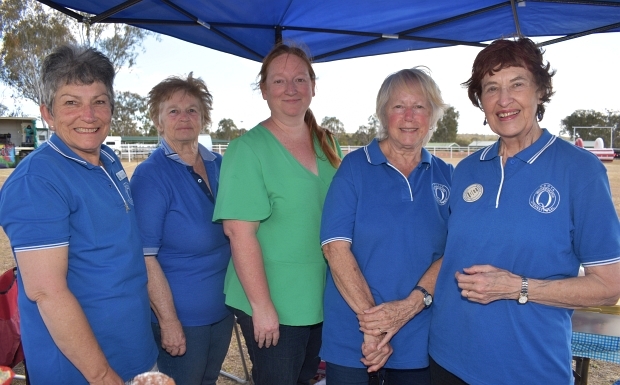 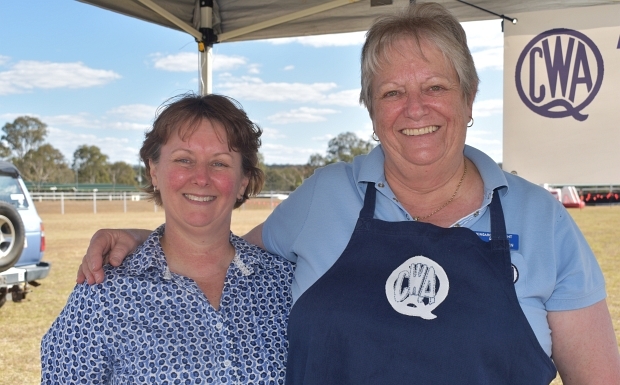 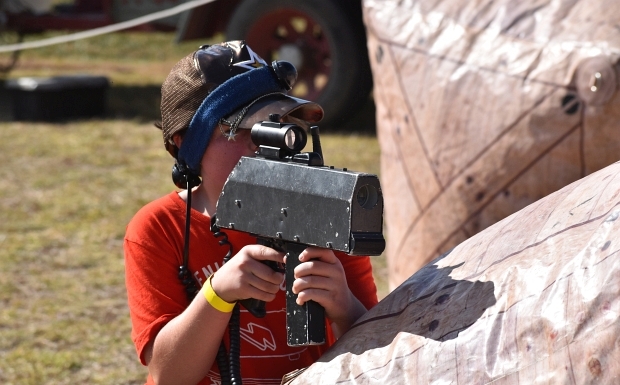 Tiffany Cook, 8, from Nanango, was having fun on the laser skirmish course 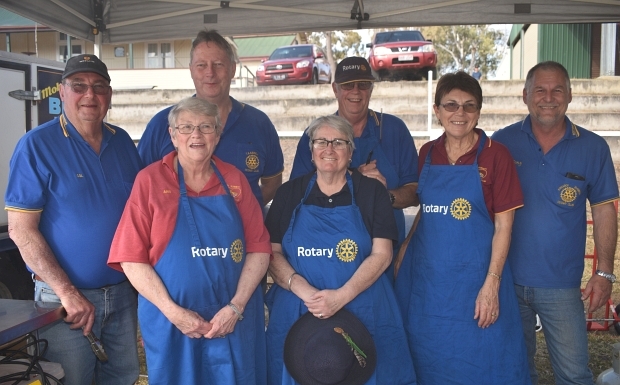 Taabinga Rotary Club members were looking after the sausage sizzle 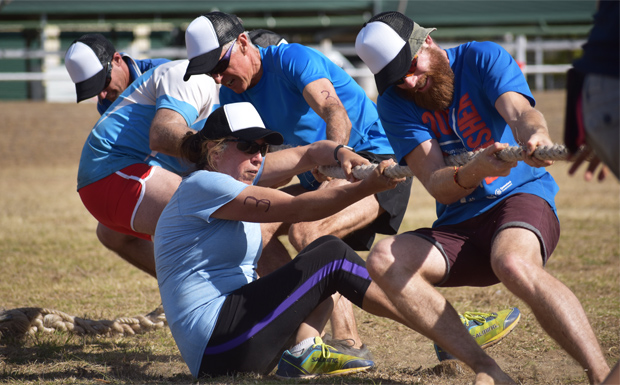 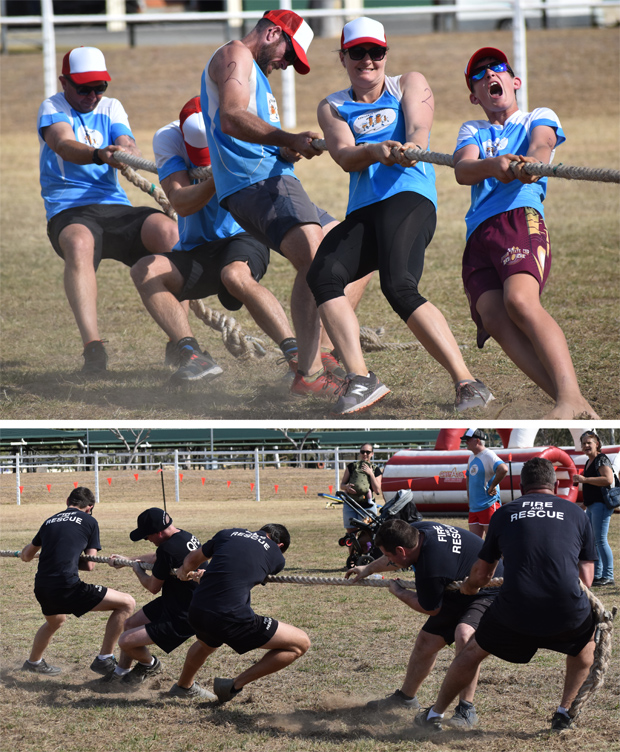 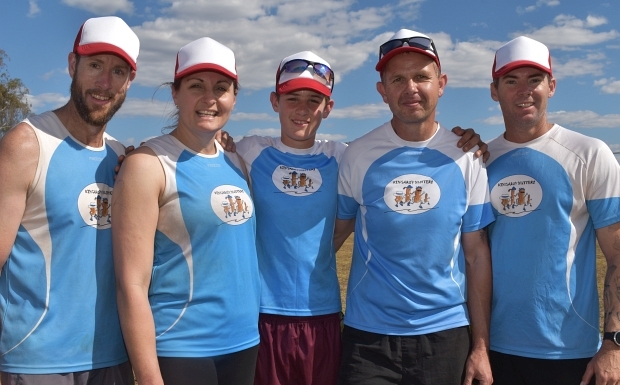 The victorious Kingaroy Nutter tug o’war team … but they still had the Top Gun Challenge ahead of them! 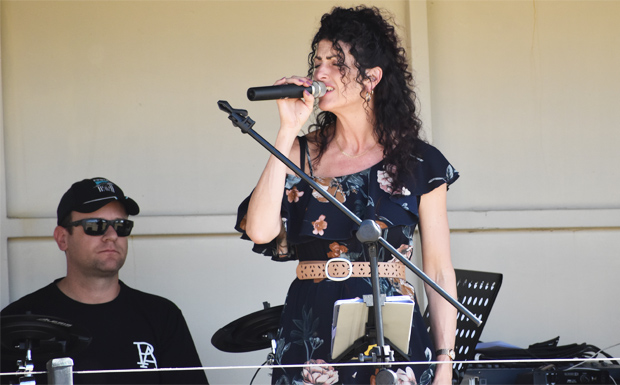