The Sunshine Coast Falcons confirmed their stranglehold on the QRL Intrust Super Cup on Sunday, trouncing Norths Devils in the match-of-the-round televised live from Nanango.

A reasonable crowd turned out for the encounter, with the clubhouse verandah and eastern hill area at Fred Kassulke Oval filled with fans.

The Devils had early possession and looked set to test the Falcons, who have only been beaten once this season, but seemed to lose momentum when an attack on the Sunshine Coast line was called back.

Jon Reuben then turned the tide in favour of the Coast, snapping up a loose ball and running almost the length of the field to score in the corner – the first of two runaway tries he scored on the day.

Halfback Todd Murphy made no mistake with the conversion, taking the score to 6-0 and bringing up his 100th goal for the Falcons.

Murphy then extended the Falcons’ lead seven minutes later when he kicked a penalty from in front of the posts.

He was back in the action at the mid-point of the half, chasing down a kick to score in the corner and converting his own try.

With 14 minutes left before the half-time siren, the Falcons scored again via Tom Rafter. Murphy’s conversion was again on target, blowing the Falcons’ lead out to 20-0.

The crowd enjoyed a break from the big-hitting big boys when the Kingaroy and Nanango Under 8s took to the field as the half-time entertainment.

The cheering for their tries was almost as loud – or louder – as when the Falcons went over the line.

When the InTrust Cup game resumed, Norths looked more threatening, attacking the Falcons’ line on several occasions but failing to convert this pressure into points.

They picked up momentum with back-to-back penalties that enabled them to gain possession outside their half, something which had mostly eluded them during the first stanza.

But it was another mistake that again changed the momentum, with the Falcons swooping on a wayward pass.

Nat McGavin then scored the Falcons’ fourth try, taking the score to 30-0 after Murphy missed his first conversion of the day.

Finally, with 21 minutes left in the game, the Devils managed to put their first points on the board when English import Herbie Farnworth – who made his NRL debut on the wing for the Broncos against Cronulla in Round 16 – scored in the corner. Farnworth then converted his own try.

As the game progressed, two things seemed to happen … the Falcons’ attack became scrappier – possibly linked to a shoulder injury suffered by Murphy in a tackle – and Norths’ defence looked stronger.

They were finally rewarded by a late consolation try with five minutes left on the clock when Pride Petterson-Robati scored. Farnworth’s conversion took the final score to 30-12.

Man of the match was the Falcons’ hooker, Harry Grant. 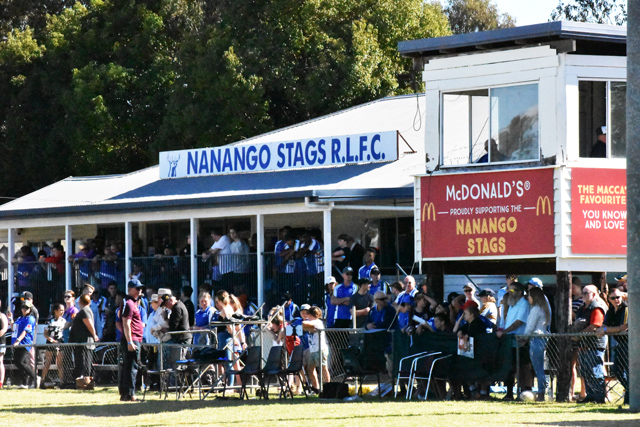 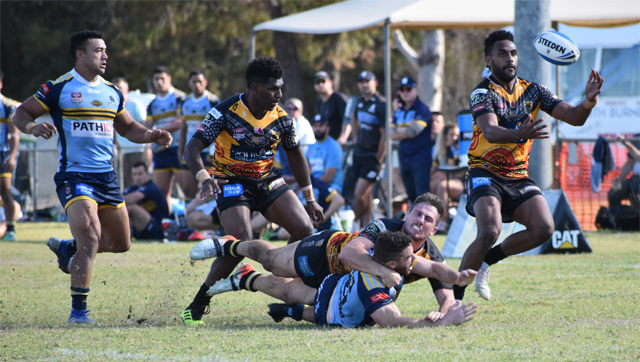 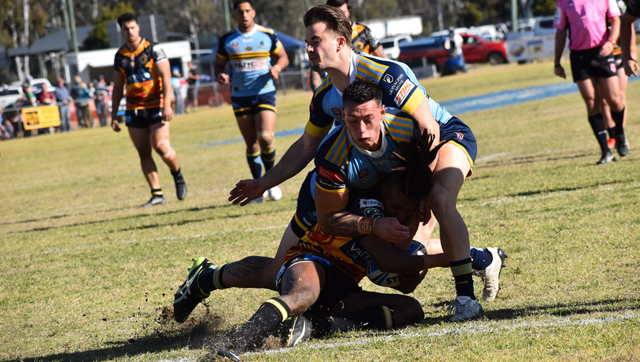 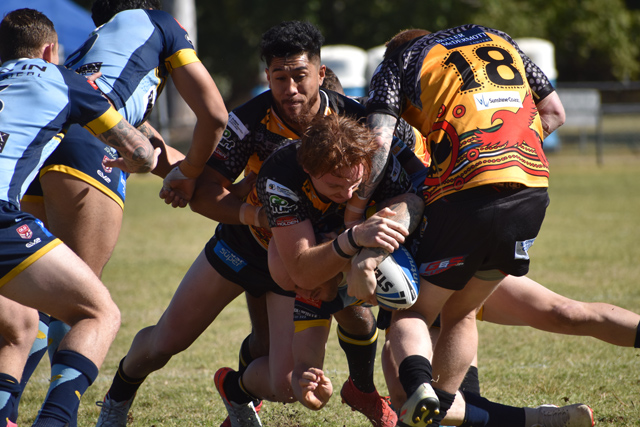 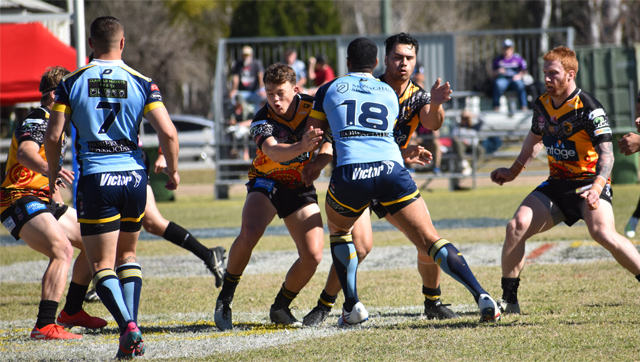 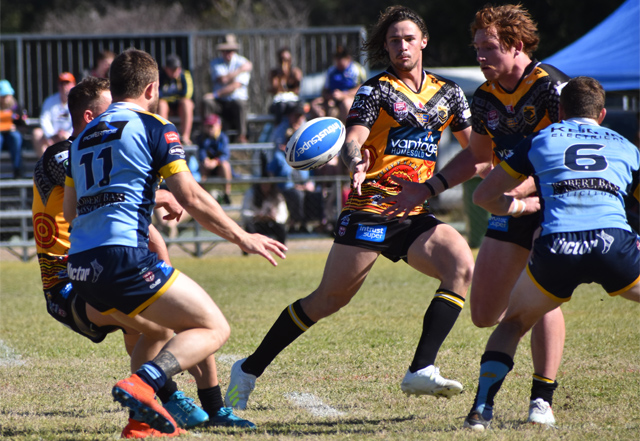 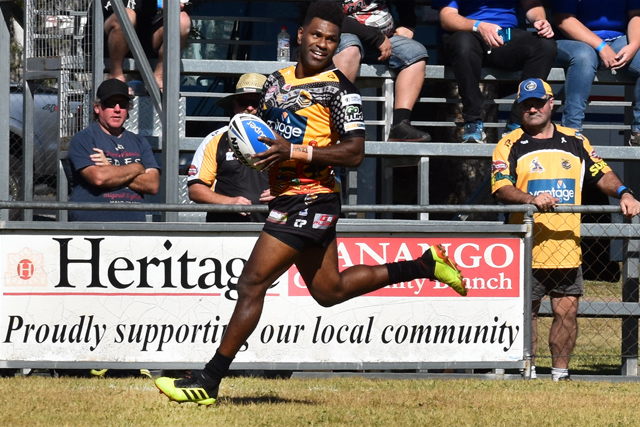 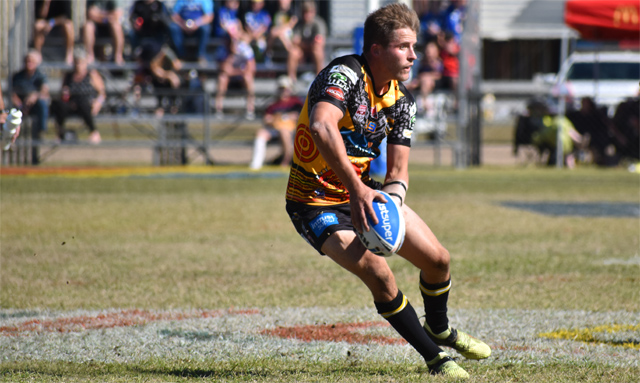 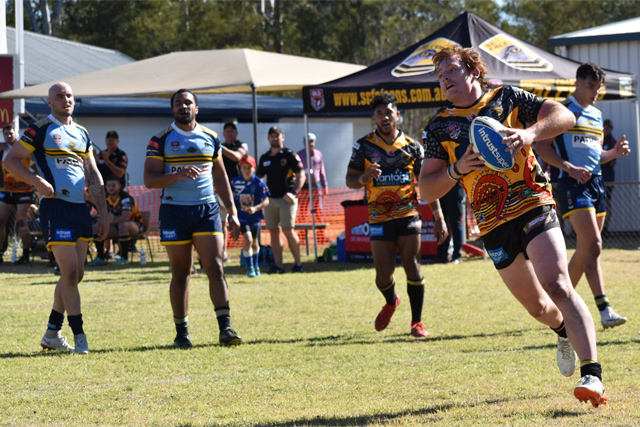 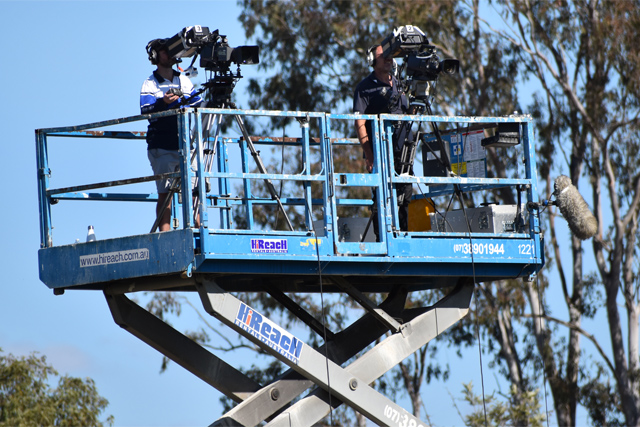 The other main game played at Nanango on Sunday afternoon was the Round 15 fixture game between the South Burnett Eagles and the Dalby Diehards in the Toowoomba Rugby League’s Under 18s competition.

Unlike the TV event, spectators enjoyed a close tussle in this game with the visitors ahead by just two points when the full-time siren went.

Dalby were first to score and at half-time led 10-6.

But the Eagles quickly evened up and drew ahead minutes after the re-start.

The lead then swapped several times before Dalby’s Joshua Chappell went over with 10 minutes left on the clock to level the scores.

Chappell then converted his own try to take the Devils to a 26-24 victory.