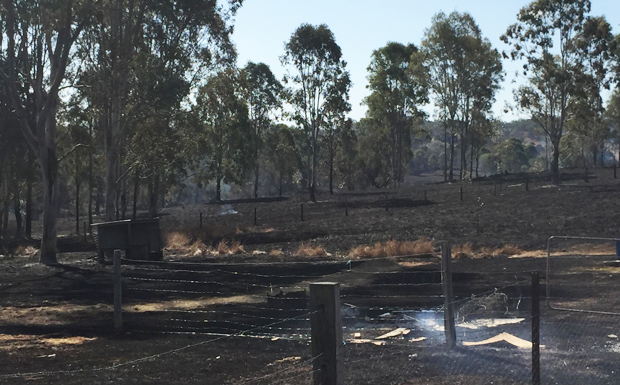 Large fast-moving fires in the Woolooga / Sexton / Miva area in September last year killed cattle and horses, burnt through thousands of hectares and came within metres of the edge of Woolooga township itself … at the same time, a large fire in the Cressbrook area forced the closure of the Brisbane Valley Highway (Photo: Linda Blake) 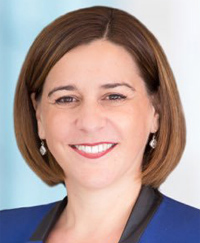 The State Government has accepted – or accepted in principle – all 23 recommendations from a review examining the bushfires that wracked many parts of Queensland last year.

The risk (if any) of the use of chemical suppressants used during fire-fighting activities was also examined after fears raised by some organic producers.

The State Government said it was now prioritising work towards the implementation of the recommendations ahead of the bushfire season.

However, the LNP Opposition slammed the results, saying the inquiry had failed to investigate key disaster prevention concerns.

Opposition Leader and Member for Nanango Deb Frecklington said the review failed to investigate whether mismanagement of fuel loads and fire breaks on State-controlled land had worsened the bushfires.

“The report fails to look at whether Labor prepared the State properly before the fortnight of fires devastated Queensland communities,” Mrs Frecklington said.

“We know there were nearly 1000 less hazard reduction burns conducted and attended by the QFES in 2018 compared to 2015.

“The report was all about Labor saving face rather than saving communities from bushfires.”

Shadow Emergency Services Minister Lachlan Millar said it was unacceptable the report failed to make any recommendations despite many submissions alleging mismanagement of State-controlled land and issues with getting fire permits approved.

“Rather than taking responsibility for slashing hazard-reduction burns, the Palaszczuk Labor Government blamed our farmers for the fuelling the bushfires,” Mr Millar said.

“Blaming farmers for being confused about backburning rights while ignoring Labor’s own mismanagement of State-controlled land and National Parks is a new low.”

Mr Littleproud said the report found landholders who had wanted to clear reasonable firebreaks could not do so without breaking vegetation management laws, and that good firebreaks had not been maintained on State-owned land.

“Not only has the Qld Government made laws so ridiculous they don’t allow sensible firebreaks, they’ve also failed to communicate properly when farmers can clear fire breaks,” he said.