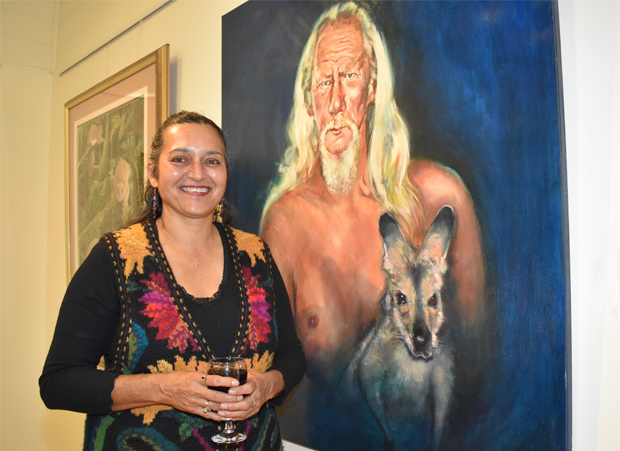 Marjie Spies with the stunning portrait of her late husband, John, painted by Michael Felix in 1998

A retrospective of works by one of the South Burnett’s best-known artists has taken over the main gallery at the Wondai Art Gallery this month.

Dutch-born wildlife artist John Spies – whose paintings have been seen in galleries across Australia and overseas – died from mesothelioma in February 2007 leaving behind a legacy of work.

John married Marjie in 1984 and the couple moved to Blackbutt in 1992 where many of his most popular works were created.

Some were also produced as popular limited-edition prints and postcards.

Marjie is now the custodian of his legacy and spoke at the official opening of the exhibition on Friday night.

“This is the first time a collection of his works like this has been hung,” Marjie said.

Some are in Marjie’s own collection while others have been loaned for the display.

“He was looking to find a niche and he found it, with wildlife,” she said.

The exhibition also includes a stunning portrait of John painted by Brisbane artist Michael Felix in 1998.

John is depicted with “Rosie”, a wallaby the couple was nursing at the time.

The July exhibition at Wondai also has exhibitions in the front gallery, Kidz Korner and the rear gallery.

In the front section, Ellesmere artist Peter Moss has a stunning exhibition of wildlife paintings, entitled “Protect What Is Left”, all crafted with thousands of tiny brush strokes.

One of Peter’s paintings, “Golden Eagle”, was voted People’s Choice on opening night.

Cherbourg State School students have a colourful display of artworks on show in Kidz Korner while in the rear gallery, Kilkivan artist Louise Eves has her debut exhibition, “Collective”.

The opening night was compered by Cr Ros Heit as curator Elaine Madill is on holidays.

The exhibitions will remain on show at the Wondai Art Gallery from 10:00am to 4:00pm daily until the end of the month.

NB: A limited edition print of one of John Spies’ works, “Midnight Intrusion”, is on sale at the gallery, offered by the Birds Of A Feather group which is raising funds for Relay For Life. 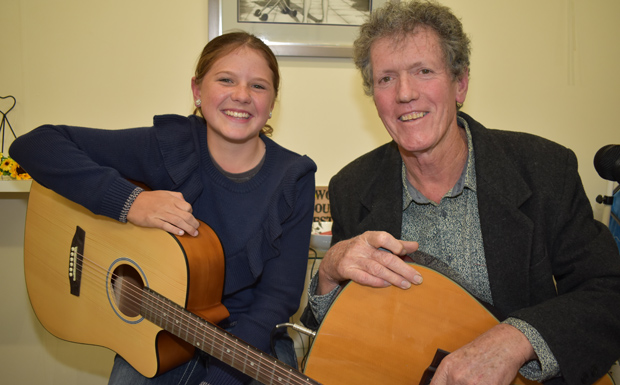 Indyanna Eriksen, 12, from Cushnie, and Neil Hutton, from Wondai, were providing the live music on opening night … Indyanna was making her musical debut in front of an audience and earned a big round of applause 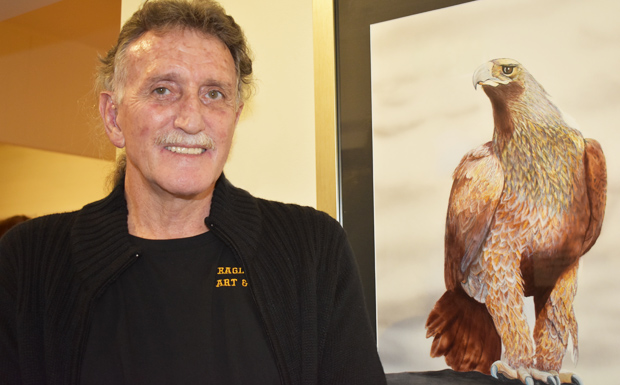 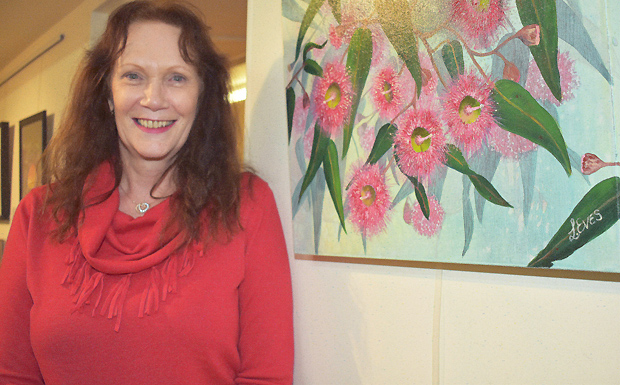 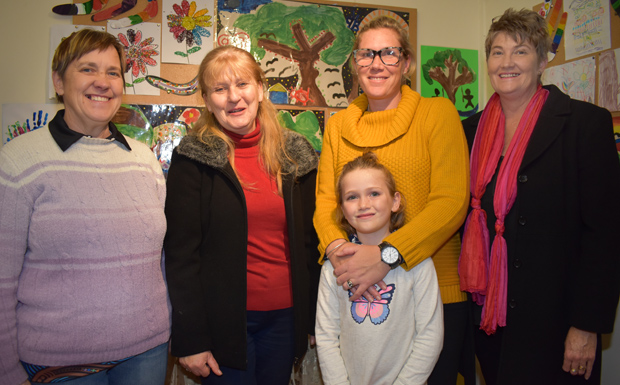 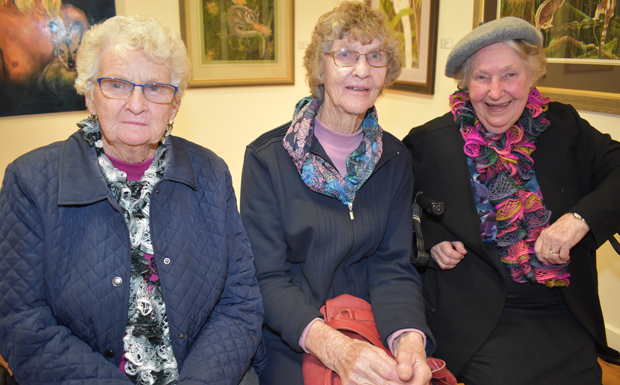 “Birds Of A Feather” members Beryl Miller, Marj Gossow and Joan Bice, all from Kingaroy