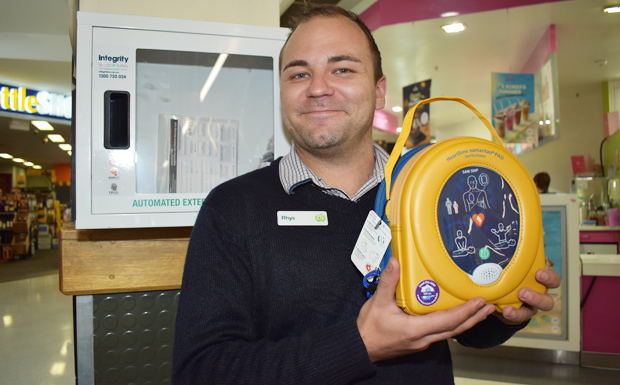 Woolworths shoppers in Kingaroy will be able to feel a little bit safer following the installation of a life-saving defibrillator in the store.

Acting manager Rhys Ashlin said the unit had been fitted near the inquiries desk at the front of the store about two weeks ago.

He said several team members had received training but as the unit also provides clear step-by-step spoken instructions, anyone can use it.

The Automated External Defibrillator is part of a national roll out by Woolworths across Australia.

Priority has been given to stores in rural and regional communities.

According to Woolworths, an estimated 20,000 Australians suffer a heart attack outside a hospital every year, and the survival rate is just 10 per cent.

“Access to a defibrillator can mean the difference between saving or losing a life.”