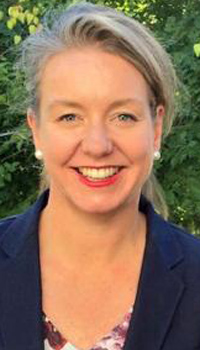 The Federal Government has introduced legislation which aims to give farmers greater protection from animal activists.

“There must be consequences for this unacceptable behaviour,” the Attorney-General said.

“Farmers should not be subjected to the illegal invasion of their property and their privacy.

“The Bill introduces serious criminal penalties to ensure that farmers and their families are protected, with offenders facing up to five years’ imprisonment.

“The Bill includes exemptions for journalists and whistleblowers who expose instances of animal cruelty.”

The Bill also covers other private agricultural businesses such as fishers and foresters.

The action follows widespread anger in the rural community in January when an animal rights group, Aussie Farms, published a map online listing the location of private farms as well as piggeries, feedlots and abattoirs.

It also encouraged people to submit anonymous information, including photos and videos, relating to the addresses listed.

At the time, the LNP described it as an an “attack map” and a “hit list” for activists to target family farms.

Soon after the website appeared, several “farm invasions” occurred at various locations in Queensland and elsewhere.

Agriculture Minister Bridget McKenzie said the new Bill sent a clear message to animal activists that if they used the personal information of family farmers to incite trespass they would be risking jail once the Bill passes.

The government has also called on State and Territory governments to increase penalties to deter animal rights activists from trespass.

“These laws are necessary to protect farmers and their businesses – most of them small family businesses – from potential trespass, property damage, theft and biosecurity breaches, and the substantial loss of income that could follow,” Senator McKenzie said.

“These new laws build on other actions taken by the Morrison Government to protect farmers and their families, including prescribing Aussie Farms under the Privacy Act, meaning the organisation could face fines of up to $2.1 million for breaches of the Act.

“The Morrison Government is committed to supporting Australian farmers. their families and their businesses and this Bill introduced today delivers on that commitment to this critically important part of our economy, our $60 billion agriculture industry.”