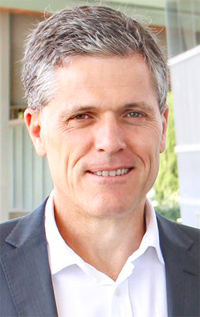 AgForce CEO Michael Guerin thanked the State Government for their quick action, but said much more needed to be done to stop radical activists overrunning farms and frightening families.

The State Government has announced that by the end of April, militant animal rights activists will face fines of $652.75 issued either on-the-spot or after a review of evidence.

AgForce, a member of the State Government’s Animal Industry Security Taskforce, commended the Minister for moving quickly to protect farming families from militant activists, but said the level of the fine was virtually a slap on the wrist for such zealots, who wouldn’t pay the fines anyway.

“Animal rights extremists who illegally invade farms are putting the lives of farmers, their families and their employees at risk,” Mr Guerin said.

“They also pose a serious threat to biosecurity, and actually cause a great amount distress to the very animals they say they’re trying to protect.

“Farmers take the issue of animal welfare very seriously. They just want to be allowed to go about their absolutely ethical and legal business.”

Mr Guerin said the penalties for farm invasions needed to better reflect the crimes being committed.

He also called for calm and caution among farmers and their employees.

“Everyone needs to remember that what these activists want more than anything is for a hard-working farmer to react to their needless provocation,” he said.

“That’s the type of publicity they’re really after.

“We understand that being subjected to the kind of terror being perpetrated by these attention-seekers is frightening. It does make people want to defend themselves.

“But that’s why it’s as important now as it’s ever been to remain calm and let the Queensland Police Service handle it.”