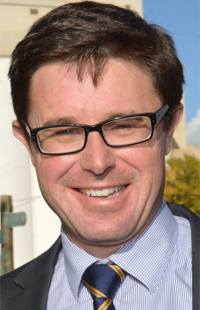 The organisation behind a website labelled by farming groups as an “attack map” for animal rights activists will face fines of more than $400,000 if it breaches the Privacy Act.

The Federal Government has taken special action in a bid to rein in mounting anger in the farming community about recent “farm invasions” by vegans and animal rights protesters.

Attorney-General Christian Porter said on Friday the activities of Aussie Farms Inc – the not-for-profit group behind the website – created an unacceptable risk to hardworking farming communities and producers.

For this reason, the organisation would now be listed under the Privacy Act.

“The company publishes information about Australian farmers and agricultural producers including their names and addresses, exposing them to potential trespass, biosecurity hazards, and reputational damage,” the Attorney-General said.

“Listing this activist group as an organisation under the Privacy Act, now means that the company will have to abide by the provisions of the Act.”

Agriculture Minister and Member for Maranoa David Littleproud said he had repeatedly asked Aussie Farms to take the website down before someone was hurt or worse, but the group behind the website had flatly refused.

“The farming families who grow our food deserve to be able to do so without fear of invasion on their property and harm to their children,” he said.

“Aussie Farms will now be required to comply with the Privacy Act, which includes laws against the misuse of personal information. I note the maximum penalty for an offence under the Privacy Act is $420,000.”

Mr Littleproud, who has called the protesters “un-Australian”,  also called on State Governments to beef up trespass laws to provide “real penalties” for trespass, and to publicly state they expected the police to uphold these laws.

The Australian Information and Privacy Commissioner had previously found that Aussie Farms Inc was exempt from the Privacy Act because its annual turnover was less than $3 million.

The move to prescribe Aussie Farms Inc as an “organisation” under the Privacy Act means the group must act in accordance with the Act, regardless of its annual turnover.

The Information and Privacy Commissioner can now investigate, either in response to a complaint or on its own initiative, if Aussie Farms Inc breaches the Privacy Act.

The prescription comes into force on Saturday (April 6).

The move against Aussie Farms Inc follows mounting concern in rural and regional areas about a “National Day of Action” by animal activist groups allegedly planned for Monday (April 8).

Police believe the day has been scheduled to mark the first anniversary of the release of the  film, “Dominion”, which includes footage recorded by hidden cameras and drones inside farms across Australia.

“Dominion” is being advertised strongly on the Aussie Farms website.

Police are on stand-by – including a Public Safety Response Team – to react if protesters target properties.

Farmers have also been provided with information about what they should do if protesters turn up on their properties.

AgForce cattle president Will Wilson said many of the farms being targeted by activists were run by families, not faceless corporations.

He said he respected animal groups’ right to protest, but that they had no right to break the law and threaten farmers and their families in order to express their opinion.

“Peaceful protest is one thing, but trespassing on to someone else’s property, frightening children and animals, breaching biosecurity measures that are there to protect everyone – this is illegal activity.

“The activists are signalling that to get their message across they’re prepared to do whatever it takes. Even if that means operating outside the law.

“But whatever happens, whatever measures the activists take, we’re telling our members and anyone who is subjected to attack, to remain calm, to let the Queensland Police Service handle it.

“There is a genuine feeling of fear among the producers I’ve spoken to. It’s spreading. No one knows where these activists are going to turn up next.” 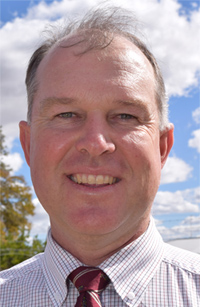 The LNP Opposition has accused the State Government of “turning a blind eye to illegal property invasions and the intimidation of farmers and their employees”.

Shadow Agriculture Minister Tony Perrett said it was an “absolute disgrace” that 120 protesters were able to enter a Millmerran feedlot last week “without any repercussions from the State at all”.

“Agriculture Minister Mark Furner is giving these extremists the green light to trespass on farms and abuse farmers,” he said.

“Biosecurity Queensland has not issued a single infringement notice in the last four years.

“Under Queensland law, everyone must comply with our State’s biosecurity protocols.

“It defies belief that no one has faced action for breaching biosecurity laws or for trespass.

“It is unacceptable that Labor is allowing family businesses, which put food on our tables and provide jobs, to be damaged and threatened by lawless extremists.”

“It is clear that the lawless actions of these extreme groups at the Darling Downs feedlot needs to be investigated as a matter of priority,” Mr Watts said.

“It’s time for Queensland to get a specialised police taskforce to protect farmers, their families and their employees.

“I welcome Minister Littleproud’s announcement which will crack down on animal extremists who illegally use personal information to attack our hard-working farmers,” Ms Frecklington said.

“Annastacia Palaszczuk needs to listen to the calls from producer groups for stronger powers for police to protect our farmers from militant activists.

“It is simply unacceptable that fringe groups have been exploiting personal information to terrorise Queensland families and their livestock.

“The activities of extremists endanger both humans and animals.”

Tension has been rising between animal rights groups and farmers over recent months.

There have been several incidents across Australia, including the mass protest at the Lemontree Feedlot near Millmerran on March 23.

Earlier in March, an animal rights supporter who removed an ear tag from a goat stolen from a farm during a protest in December was fined $1 in a Victorian Magistrates Court for breaking biosecurity laws.

And in February, a West Australian dairy farmer was filmed during a verbal dispute with vegan protesters on his property.

Video released by the protesters included vision of the farmer firing a shotgun away in the distance. However, he has denied he was shooting to scare off the group.