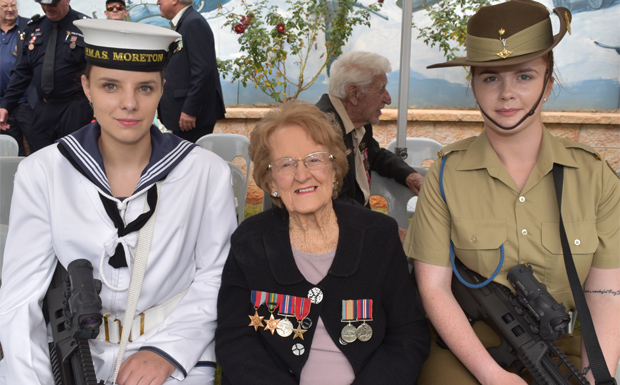 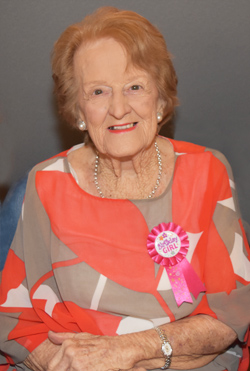 A funeral service will be held on Thursday (June 27) for well-known Kingaroy citizen Jean Black who died at age 100 last week.

Jean Morrice Black (nee Aiken) was born in Brisbane in 1919.

During World War II she served in the Australian Army Medical Women’s Service as a nurse, working at the Greenslopes Hospital which treated wounded Diggers returning from New Guinea and the Middle East, as well as World War I soldiers still suffering trauma.

She was the oldest member of the Kingaroy-Memerambi RSL Sub-Branch and despite her age, was a proud participant at this year’s Kingaroy Anzac Day commemorations.

Jean met her future husband, Percy, by chance in the surf at Surfers Paradise when they were both on holidays.

The couple married in 1946 and Jean moved to the South Burnett where Percy had a dairy farm at Booie.

Over the years, the dairy farm was transformed into an intensive piggery – one of the first in the South Burnett – and the couple later raised beef cattle.

They also had three children: Alison, Joan (dec’d) and Graham.

Jean was always been heavily involved in the Kingaroy community.

Her funeral service will be held at Virgos Funeral Home Chapel, 24 Pioneer Avenue, Kingaroy (adjacent to the Taabinga Cemetery) from 10:30am on Thursday to be followed by interment in Taabinga Cemetery.

In lieu of flowers, the family has asked that donation to the Cancer Council be considered. 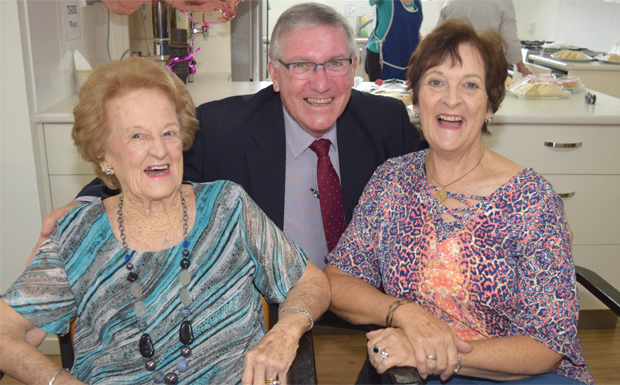