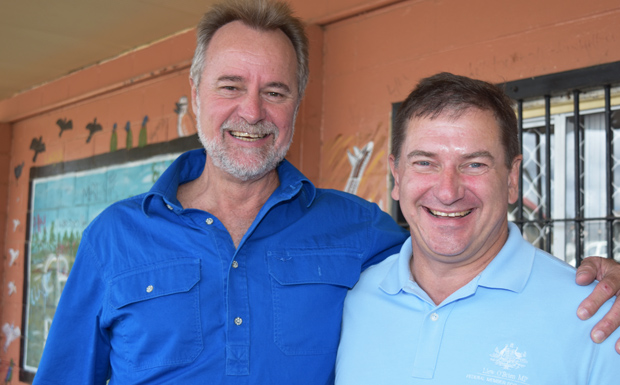 A successful after-school and holidays sports program at Cherbourg will be funded for another three years, Federal Member for Wide Bay Llew O’Brien announced on Wednesday.

The Council-run sports and recreation program – which includes boxing, table tennis, cricket, netball, golf and touch football – is held at the Cherbourg Sports Centre in town.

During school holidays, up to 120 children can attend.

They confirmed the $390,000 extension of funding which will enable the program to run for the next three years.

The funding is already in the Budget, ie. it is not dependent on the outcome of the upcoming Federal Election.

Mr Collins said the sports program has been employing two people full-time, however recently this had been changed to one full-time and several part-time employees to help supervise the children when things grew busy.

Funding had also come from the State Government to employ a sports co-ordinator.

Mr Scullion and Mr O’Brien had a wide-ranging discussion with Cherbourg councillors which touched on topics ranging from the nutrition program running at Cherbourg State School and the necessity for pre-school education, to the Cherbourg hydroponics farm, Indigenous employment schemes and the $3 million construction program which will include a footpath between Murgon and Cherbourg.

Mr O’Brien also recognised the valuable work of volunteers in the Cherbourg community during his visit.

“I am glad to be able to extend a helping hand in return with this funding from the Coalition Government so they can continue their work and build a stronger, safer Cherbourg.” 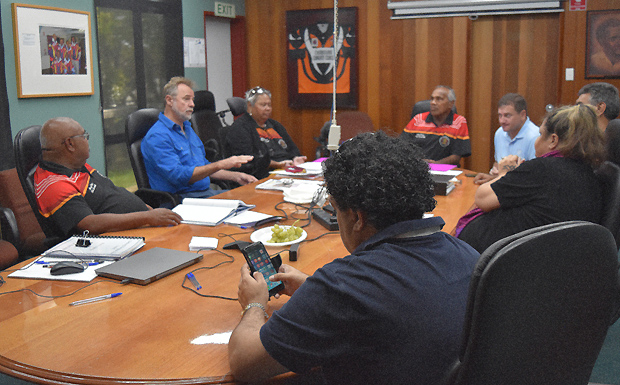 Senator Nigel Scullion, who is retiring from Parliament at the May 18 election, and Llew O’Brien had a wide-ranging discussion with Cherbourg councillors