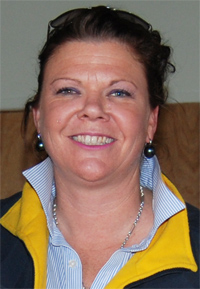 Mr Dyke was appointed in September last year by the Wide Bay Regional Organisation of Councils (WBBROC) following a successful joint funding application with the Burnett Mary Regional Group to the Department of Agriculture.

AgForce representatives Sarah Due and Marie Vitelli met with Mr Dyke to discuss industry input into the regional strategy.

The strategy will focus on the highest priority weeds and pest animals across environmental and agricultural production land.

Priorities include threats from new incursions into the six council areas and strategic management of existing priority pests and weeds.

The councils will share surveillance mapping and work together to eradicate or contain any new incursions.