Battle For Bonuses At Nanango 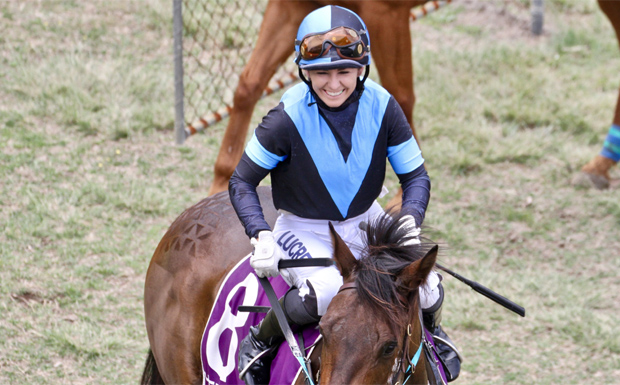 The prizes for the Burnett to Beach Series will be decided at Lee Park this Sunday, December 2.

Last Saturday’s crucial heat at Gympie tipped the scales in the leading horse category in favour of the David Reynolds trained Patche Gift.

One point adrift is Clouds, the grey that hails from Lindsay Anderson’s Hivesville yard.

When it comes to the trainers’ contest, Richardson has a chance to pass Reynolds and Anderson.

Bel Seleva’s victory lifted him to five points so a win for one of his runners and a blank result for the current top pair would mean the $3,000 bonus would go to the Nanango horseman.

Points in all three sections are awarded on a 3-2-1 basis.

Although all starters saddled up in the six legs by a trainer can contribute to his or her total, the owners’ $5,000 prize goes to those that race the leading thoroughbred at the end of the series.

There is no accumulation of poiints if they are involved in multiple placegetters.

Leeanne McCoy, with seven, is the only other rider that can possibly claim the $2,000 purse.

It will be very interesting to scan the list of contenders for the Burnett to Beach finale, the Benchmark 65 Handicap (1000m). 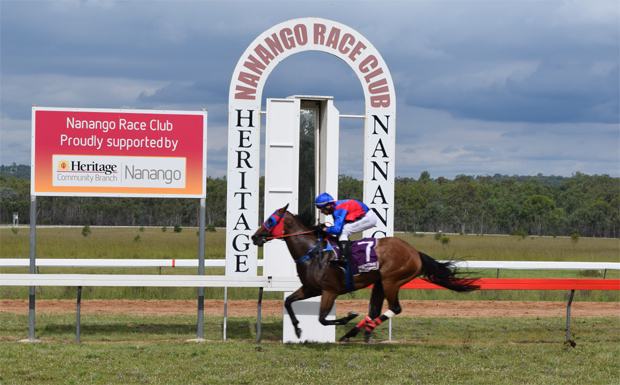 Nanango Race Club’s Moffattdale Ridge Wines Fashions on the Field theme is Christmas Red and Green with a Touch of Silver/Gold.

It is worth reminding patrons that this is a Sunday meeting and an ideal live-racing opportunity for those who work or have commitments on Saturdays.

Each year more and more groups avail themselves of the locale to hold Christmas gatherings.

Santa will be there for the children, too!

The Lee Park racing agenda will also include an event for the Arabian horses.

The Heat On The Snowdens

Racenet reported on November 21 that “Peter and Paul Snowden were fined $7000 after the training operation pleaded guilty to taking a horse to the races with a prohibited substance in its system.

“The Snowdens-trained California Concord made it back-to-back wins when scoring at Newcastle on September 29 but the post-race sample showed the presence of the Phenylbutazone, Oxyphenbutazone and Gamma-hydroxyphenylbutazone when tested by two separate laboratories.

“Evidence during the inquiry on Wednesday established California Concord was unintentionally given the substance in the lead-up to the race.

“When assessing a penalty, stewards took into account the evidence indicated the positive sample provided by California Concord was due to the inadvertent administration of the prohibited substance.

Back on November 15, 2011, the Sydney Morning Herald reported that “Darley Australia has made changes to its drugs policy after being ‘embarrassed’ by a positive swab at Hawkesbury, for which head trainer Peter Snowden was fined $4000 yesterday.

“Snowden could offer no reason for Moravany testing positive to the prohibited substances phenylbutazone and oxyphenbutazone after winning a Class 2 event at Hawkesbury on September 3.

“He ‘accepted guilt’ for the horse racing with the prohibited substances in its system but told stewards it had prompted a revamp of the practices of using phenylbutazone, more commonly known as bute.

“Sheikh Mohammed’s racing and breeding operation has banned the oral form of bute from its stables in the review, but Snowden was clearly still shocked by the positive test. ‘It is an embarrassment to myself and the people I work for that this could happen,’ Snowden said. ‘I pride myself on my impeccable record. I have been in Sydney for 25 years, four years as head trainer (at Darley), and before that I trained for seven years in Scone and I have never been to an inquiry like this one.’

“It is a $4000 fine, which would be one of the lightest given for an offence like this one in NSW,” chief steward Marc van Gestel told Snowden.

In 2014, Snowden severed ties with Darley and opted to become a public trainer.

His most notable recent triumphs have been courtesy of Redzel, the dual Everest winner that finished fifth in the $1 million VRC Classic on the last day of the recent Flemington Festival.

The sprinter’s career earnings are just shy of $16 million.

It is food for thought that both Californian Chrome and Moravany were disqualified.

Punters that backed the respective runners-up lost their money although their selection saluted.

This serious point does not seem to get consideration when it comes to assessing the strength of the penalty to be imposed.

Arguably, a second offence could easily merit a punishment that is more than double the initial one.

There are many that feel a suspension rather than fine is warranted when the infringements are very similar.