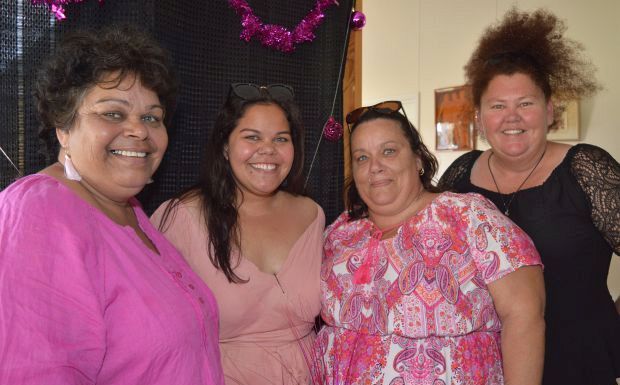 Murgon teenager Abelee Stanley has been a familiar face around South Burnett rugby league grounds since she was just a youngster.

She started out as a young Mustang, and then briefly became a Red Ant when the Kingaroy club entered girls’ teams in the Sunshine Coast competition.

During one game that southburnett.com.au reported on three years ago, Abelee scored an amazing seven tries for Kingaroy U14s as she ran around the Beerwah defence at T.J. O’Neill Oval.

These days, Abelee’s a boarder at The Glennie School in Toowoomba but she’s still a demon on the football paddock, in both rugby union as well as league.

She plays league for the Toowoomba Clydesdales U16s but has also captained the Central Crows and South-West Mustangs U16s teams.

Her proud mum, Judy Stanley, said she was also named Player of the Final in the grand final of an interschool rugby union competition.

It should come as no surprise, then, that Abelee has been selected for greater honours in both codes.

She will be playing in the National Indigenous U18s team in Rugby 7s at Ballymore in December; and a Queensland Academy Of Sport rugby league training clinic on the Sunshine Coast in January.

Family friends Vicky Parry and Brittany Holding held a special fundraising afternoon and evening on Saturday to help Abelee achieve her sporting dreams (and to salute all women in sport).

The afternoon kicked off with a ladies only Black & Pink party at the Wondai Wolves’ clubhouse which featured champagne, games and a best dressed competition.

This was followed by a pub-style Trivia Night where the men were also invited.

Unfortunately, Abelee couldn’t enjoy all the fun and games. The Year 11 student was still over in Toowoomba at school … 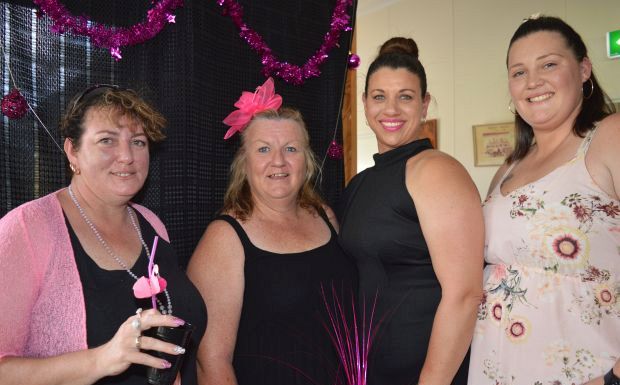 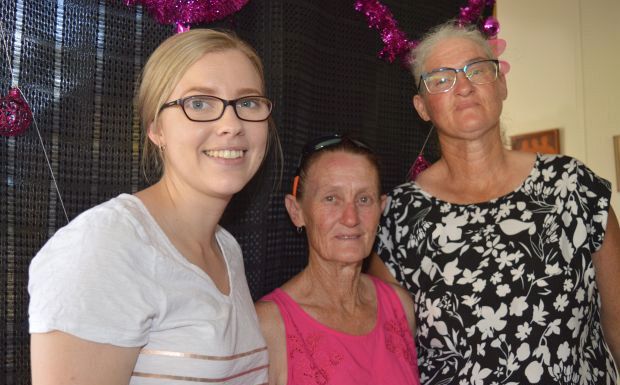 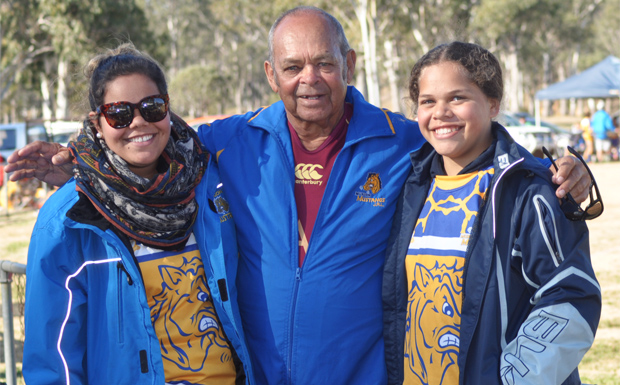 FLASHBACK:  Shauni and Abelee Stanley with their grandfather, Warry John “Pop” Stanley, at the footy in Wondai in 2015