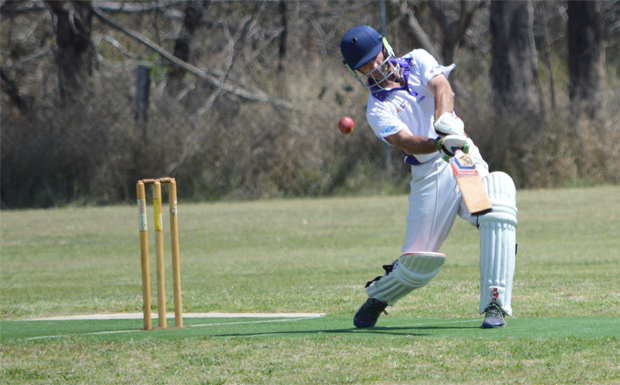 Nanango’s Jay Steinhardt holes out for 11 runs, caught by Barry Fisher Jnr off a ball by Terry Davidson

Last year’s grand finalists – Cherbourg and Blackbutt – both chalked up wins in Round 1 of the B Grade South Burnett cricket competition on Saturday.

Cherbourg dominated against the Nanango Scorpions, while the Blackbutt Timbertowners proved too strong for Kingaroy Services.

At Nanango, the home team won the toss and elected to bat.

Showers strafed the ground earlier in the morning but didn’t affect play on the artificial pitch.

The Scorpions were all out for 94 runs after a strong display by the Cherbourg bowlers.

Stephen Kirkland top-scored with 22, with Brent Greenslade just behind on 20 and Simon Morrow on 18.

Lyndon Hopkins was the pick of the Cherbourg bowlers, taking four wickets off just six overs (including a maiden) for 23 runs,

Brendan McCarthy took two wickets for the loss of just two runs off four overs (including a maiden).

In reply, Cherbourg made their target in just the 15th over, finishing with 105 for the loss of four wickets.

Tom Langton top-scored with 47 while Brendan McCarthy made 42. 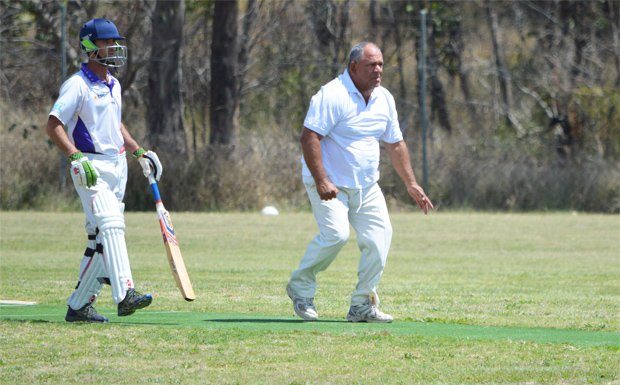 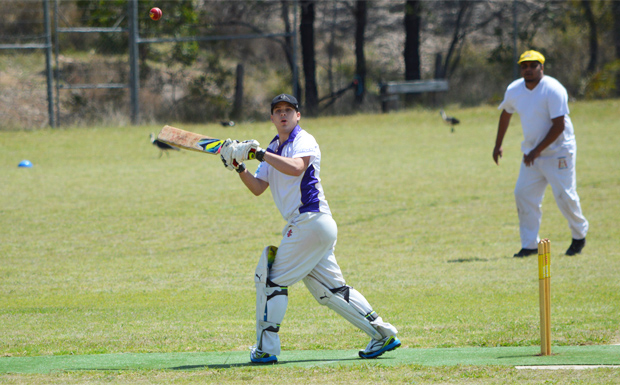 Nanango’s Stephen Kirkland top-scored for the Scorpions with 22

Blackbutt and Kingaroy squeezed in their game at Blackbutt ahead of the rain.

The Timbertowners dominated with both bat and ball against an undermanned Services side.

Keiran Harvey belted out 121 runs with Mitchell Olzard (93) just missing out on his century.

Jack Argent notched up 58 while Brett Smith retired hurt at 45.

The other two games scheduled for the weekend didn’t eventuate … Wondai forfeited to Kumbia, while rain washed out the Warriors v Murgon game in Kingaroy.

Woolworths Master Blasters for boys and girls aged 7-10 will begin on Friday (October 12).

These 90-minute games are designed to be fun as well as build cricketing skills.

Every player gets a chance to bat, bowl and field.