Singers Unite For Fun And Friendship 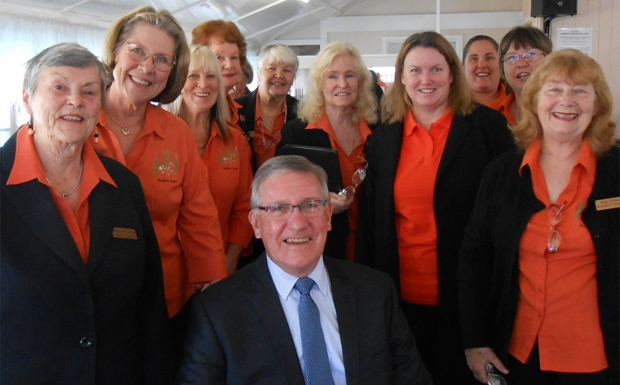 The Blackbutt Singers may be one of the South Burnett’s oldest singing groups, but the secret to their longevity is that members regard forming great friendships just as important as making great music.

Sharon Grant, from Blackbutt, only joined the Blackbutt Singers this year but she instantly felt at home, even though she hadn’t sung since she was part of a school choir.

“I felt kindness and welcome from the outset,” Sharon said.

“And I love the challenge of harmonising and learning new songs.”

Janet Korknobel, from Nanango, who joined in 2017, said a high point for her was the friendships she’d made since she became part of the group.

“I’ve found good friends and great music with the Blackbutt Singers, and I really enjoy being with them,” Janet said.

“In fact, I miss them whenever I’m not able to go. But we keep in touch by email and phone.”

The Blackbutt Singers is a community choir of female and male singers, and is celebrating its 27th birthday this year.

Its 30 members live in Benarkin, Blackbutt, Yarraman, Nanango, Kingaroy and places in between, and members range in age from their 30s to their 80s.

The Singers practice at the Yarraman Community Hall every Tuesday at 9:30am, and they encourage any new singers in the region to drop by for a visit.

The group’s next major local performance will be a Christmas Around the World concert at the Blackbutt Memorial Hall on Sunday, December 2.

Tickets to the concert, which starts at 2:00pm, will be $12 for adults and $10 for concessions (children accompanied by an adult are free) and they’ll be available at the door.

Afternoon tea will be served at intermission, and there’ll also be door prizes and raffles on the day.

This weekend, 16 of the group’s members will be travelling to Maryborough’s Brolga Theatre to take part in The Big Sing choral concert on Sunday, September 30. 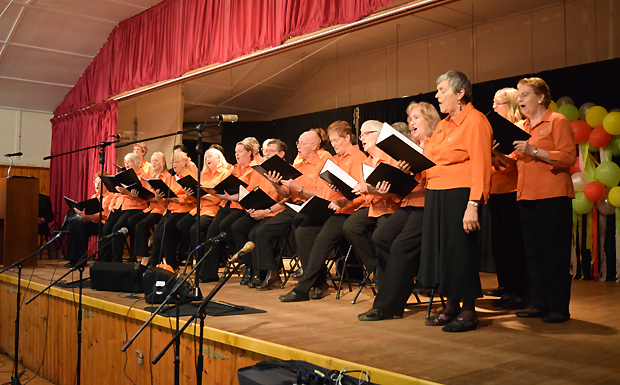 FLASHBACK: The Blackbutt Memorial Hall was officially reopened last October with a three-hour Gala Concert led by the Blackbutt Singers