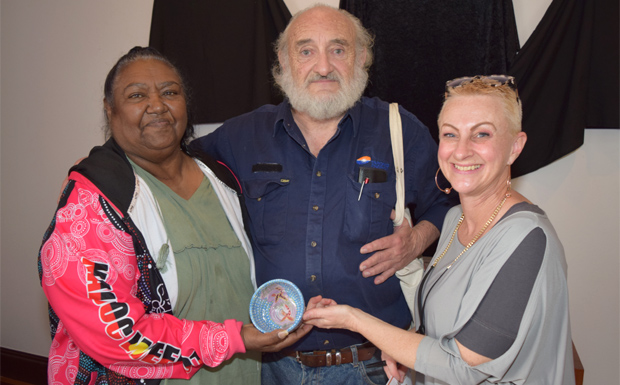 The Kingaroy Regional Art Gallery officially opened the second month of its Winter Craft Festival on Saturday, and gallery volunteers are preparing for another busy month.

The gallery will also continue running a wide range of craft workshops during the month, offering hands-on instruction in everything from silk painting to macrame, ceramic art to print making, patchwork, silk ribbon embroidery, leadlighting and many more crafts.

On Saturday, the focus of most people’s attention was the striking display of pottery and paintings on display in the main gallery produced by Cherbourg’s Yidding Artists group.

A display case in the centre of the main gallery featured a striking array of pottery pieces, some of which were so finely crafted they looked as if they were made of glass.

They were are complemented by larger pieces displayed on tables along one of the gallery’s walls by Yidding Artists including Robert “Rocko” Langton, Venus Rabbitt and James Hopkins enhancing the displays.

By the end of the morning’s proceedings, many pots and artworks were also sporting red dots – a sure sign the works had found fans willing to buy them.

South Burnett Mayor Keith Campbell was full of praise not only for the exhibition but for the work of Kingaroy Art Team volunteers who have put the Winter Craft Festival together.

During the morning, artist James Hopkins also unveiled a triptych he’d created especially for the July exhibition, which represent the different clans and groups that make up modern-day Cherbourg.

The Winter Craft Festival will run at the Kingaroy Regional Art Gallery from 10:00am to 4:00pm on weekdays and 10:00am to 2:00pm on weekends until the end of July. Admission to view the exhibitions is free. 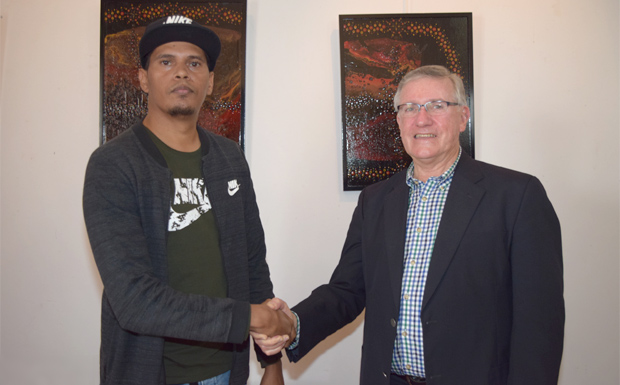 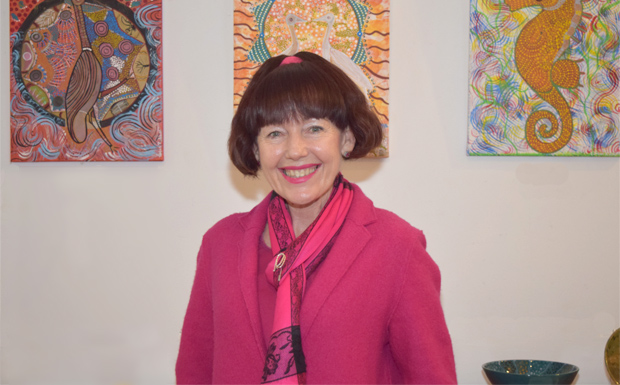 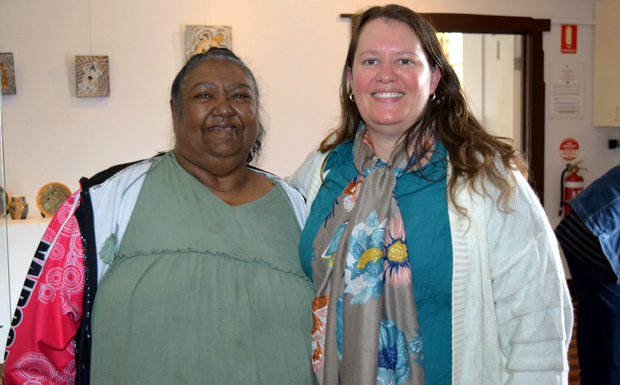