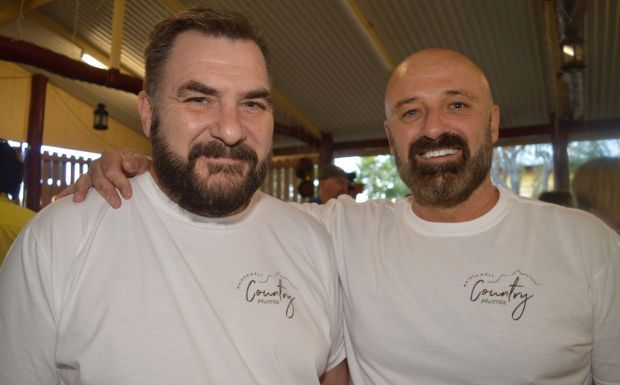 The South Burnett is about to get a new annual music festival, which the organisers aim to develop over coming years into a “destination event” to attract tourists to the region.

The Maidenwell Country Music Muster was officially launched with a breakfast at the Maidenwell Trading Post on Friday morning.

The inaugural festival will be held on May 11-12 next year and will feature multiple-Golden Guitar winner Beccy Cole as the headline act.

John Whitley and Nigel Squibb took over the lease of the Trading Post on October 16 last year, but told southburnett.com.au they had been planning the festival “before we even got here”.

Nigel said John had always wanted to organise the Festival somewhere in the South Burnett, and Maidenwell was the perfect location.

He said they had both done event organising before, but not a country muster.

They were aiming for a “different demographic” to the already-established Nanango Country Music Muster, which is held annually in September.

“Nanango is more for bush balladeers and country and western. Our’s will be more modern country,” John said.

Nigel said the pair “timed it with everyone’s calendars”.

“The timing is perfect because southerners are coming north …” he said.

“It will be held on the Mother’s Day weekend every year.”

On Sunday (Mother’s Day), there are plans for two breakfasts (a community one plus a more exclusive “Encore” breakfast), bush poetry and more live music.

Some of the proceeds from the event will be donated to the Maidenwell Community Group and the Black Dog Institute.

General tickets are $80 and can be booked online

“By year five it will be one of the bigger self-sustaining events in the South Burnett. We are going to go hard,” Nigel said. 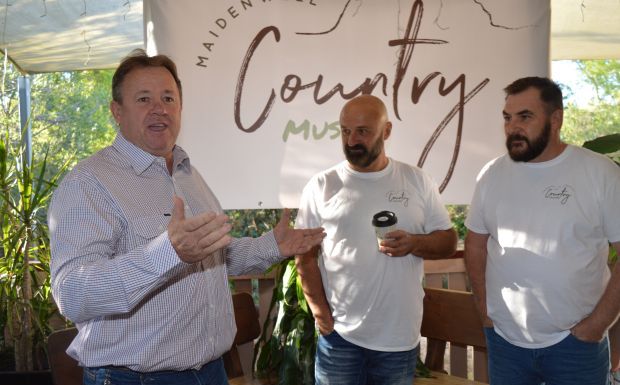 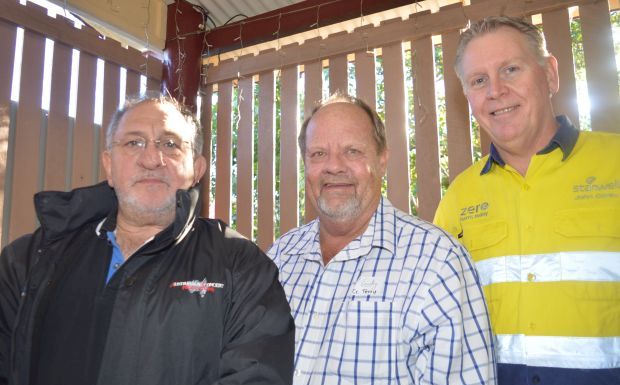 Mick Privitera, from Australian Concert Productions in Brisbane – who will be handling the sound, lighting and staging – with Cr Terry Fleischfresser and John Carey, from Stanwell 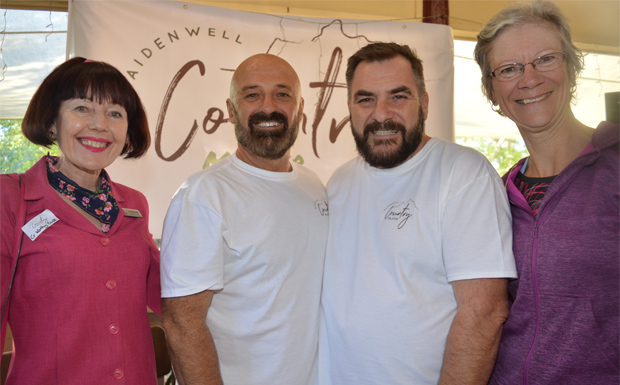 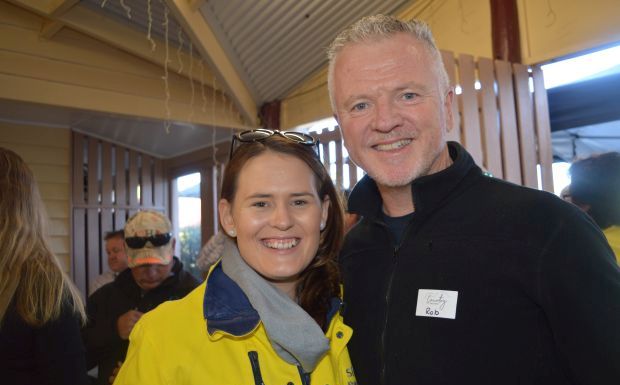