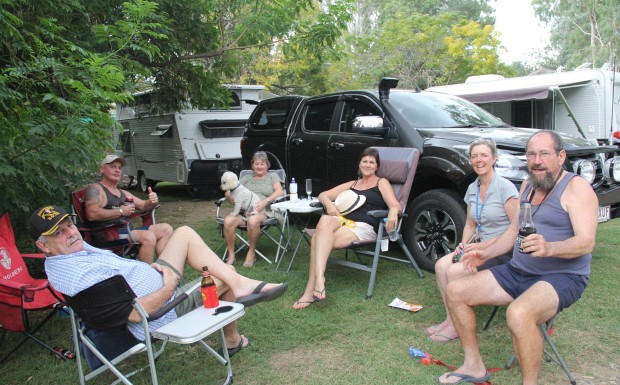 That’s the happy position that a closed Facebook group, “Everything Caravan And Camping”, currently enjoys.

As it names implies, the group shares everything about caravanning and camping, but also organises regular get-togethers for members at various spots throughout Australia.

It was the turn of the Kilkivan Bush Camp, on Rossmore Road outside Kilkivan, to host members of the group over the recent long weekend.

The event was organised well in advance, so there was no fear that the number of campers that turned up would be too much for the area to handle.

Caravans and campervans started arriving on Friday; by that evening more than 100 vans were in the camp with probably another hundred arriving on Saturday.

The furthest van travelled from Mt Gambier in South Australia; the closest just came from Wondai. 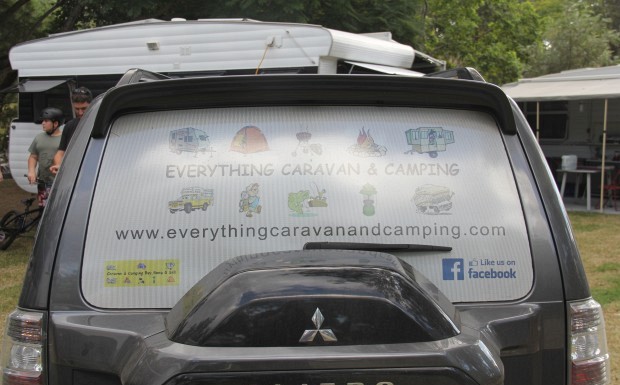 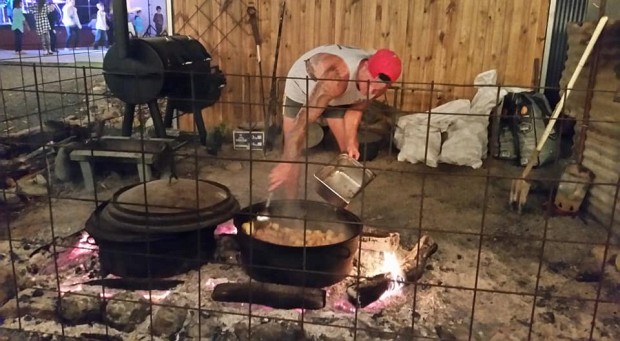 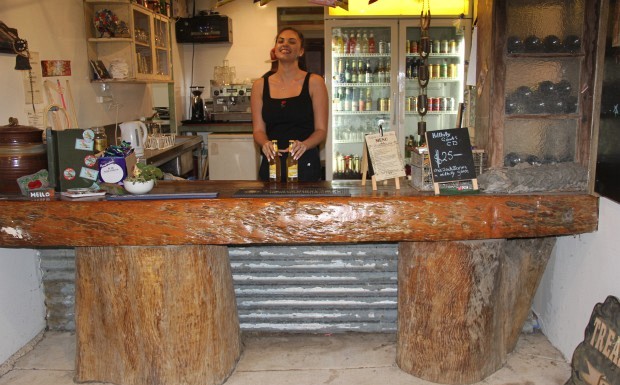 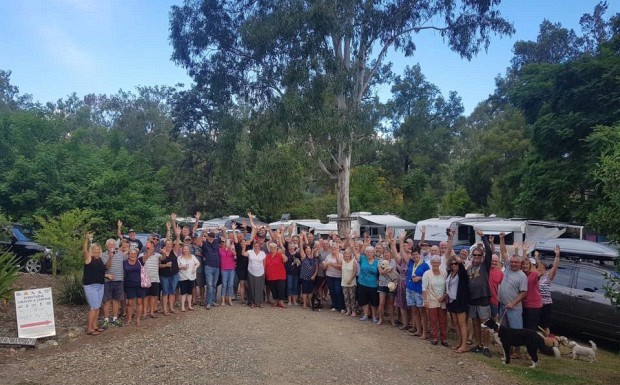 Some of the campers pose for a group photograph 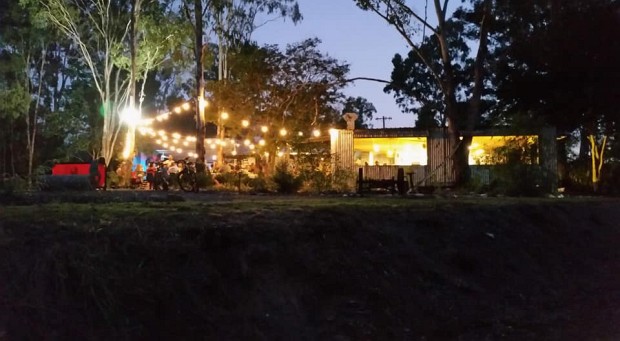 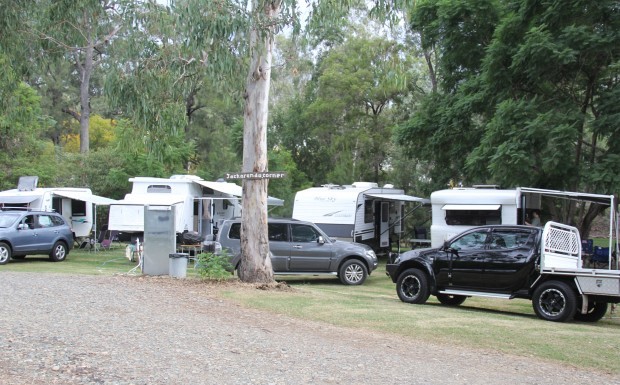 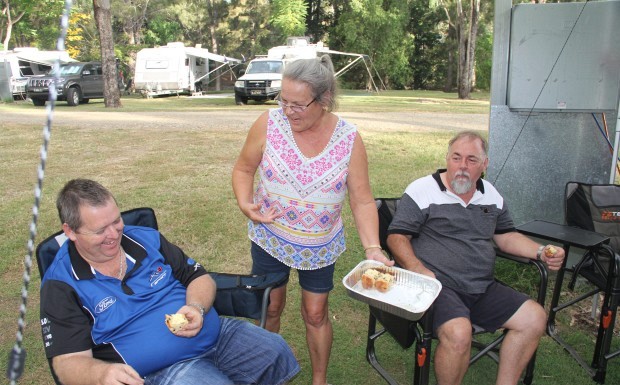 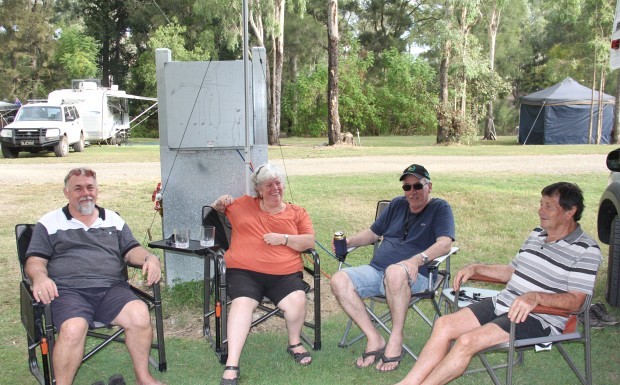 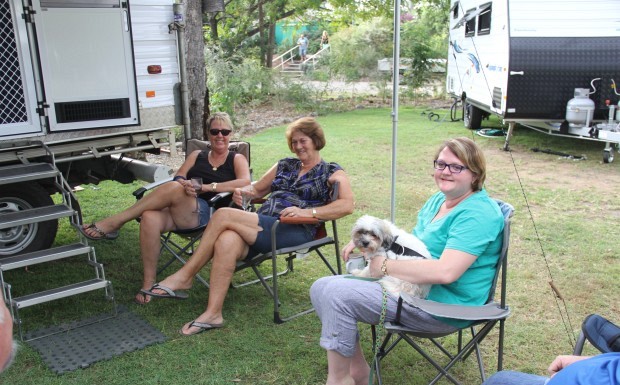 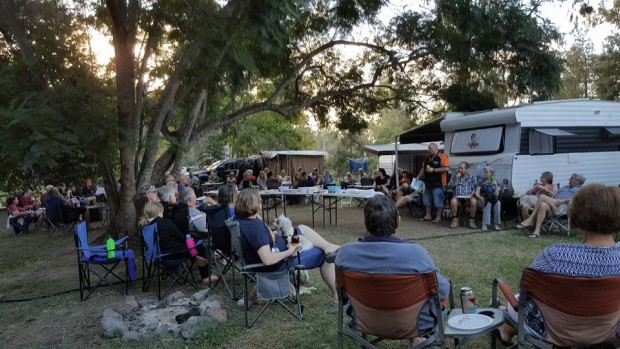 Another person enjoying a stopover at the Kilkivan Bush Camp at the weekend was Gold Coast cyclist Jenny Arnot.

She was exploring the rail trails that stretch through the South Burnett and Brisbane Valley in an epic solo trip.

She caught a train to Gympie last Friday, then cycled to Widgee to overnight at the town’s camping grounds.

The next day she rode to Kilkivan to stay at the Bush Camp. She then joined up with the South Burnett Rail Trail, camping at Murgon and Wooroolin and exploring the sights along the way.

Unfortunately, by the time she reached Yarraman, the rain had started falling so she opted to stay in a local cabin.

She had intended to follow the Brisbane Valley Rail Trail all the way to Ipswich, where she could catch a train back home.

“It was a great trip and I learnt a lot,” Jenny said.

“After much rain in Yarraman last night I decided to postpone the BVRT section for another safer time and gave Out There Cycling a call and shuttled to Ipswich and home.” 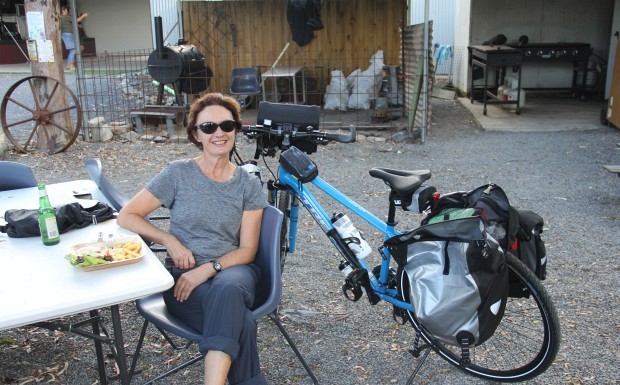