Anzac Day Around Our Region 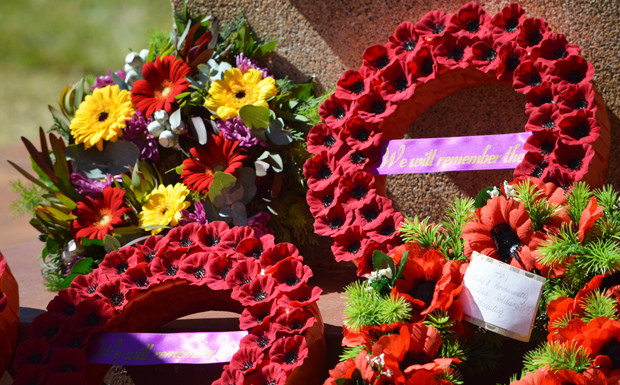 While Wooroolin may have stolen some of the focus this year because of its celebrity visitors, Anzac Day was still marked with big crowds – and great solemnity – all throughout the region.

Nearly all towns marked the day in some way, often with parades, wreath laying and guest speakers. 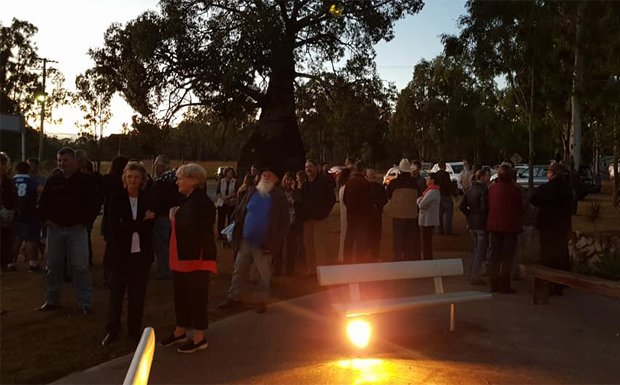 Traditional dawn services were held in a number of South Burnett towns on Anzac Day as well as the later morning commemorations.

In Kingaroy,  a large crowd turned out for the 4:28am event, which for the first time also featured performances by Sing Australia.

It was a sad day for the Wondai Town & District Band … their first Anzac Day Parade without veteran member Percy Iszlaub who died earlier this year.

The band led the traditional parade down Mackenzie Street to the Wondai Memorial where wreaths were laid.

A highlight of the morning commemoration was a low pass over the town by an RAAF Super Hornet. 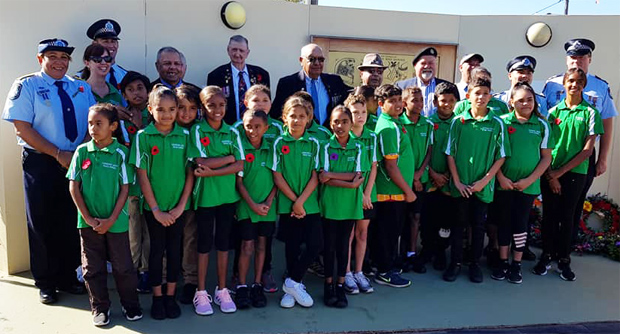 Wreaths were laid at the town’s memorial.

The ceremony also coincided with the launch of an augmented reality app, “Dilly Bag”, which interacts with the Boys from Barambah exhibition at the Ration Shed to tell the stories of some of the World War I Diggers from Cherbourg. 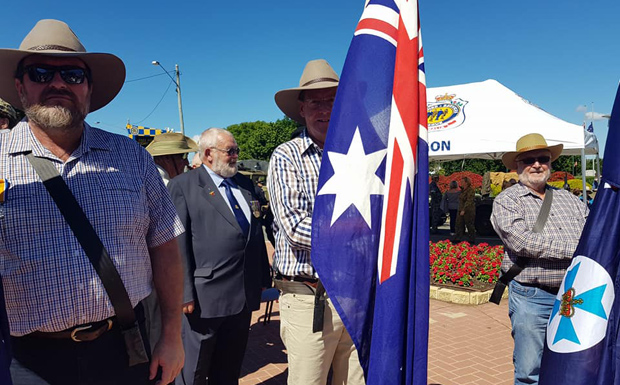 At the Murgon Anzac Day commemoration service in Lamb Street

A large crowd turned out for Murgon’s annual commemoration, which included the traditional parade down Lamb Street.

An unusual event this year was a haka performed by local residents, highlighting the part New Zealand played in the “Anzac” legend. 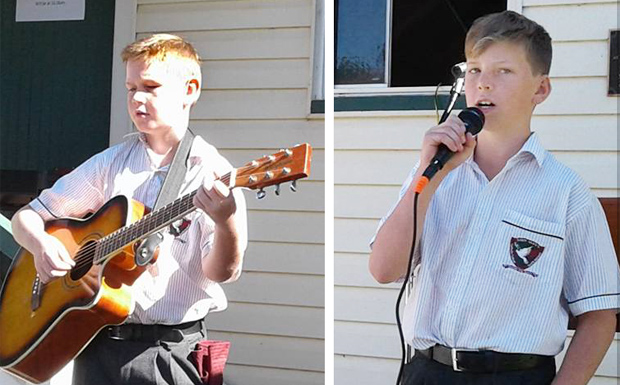 Local resident Alice Greenup was the guest speaker at Kumbia’s Anzac commemoration, which also featured a flyover by the Super Hornet.

Alice spoke about various residents who had died while on active duty overseas during World War I, including a member of her own family.

Kumbia residents, school children as well as representatives from emergency services took part in the parade down the highway to the Memorial Hall.