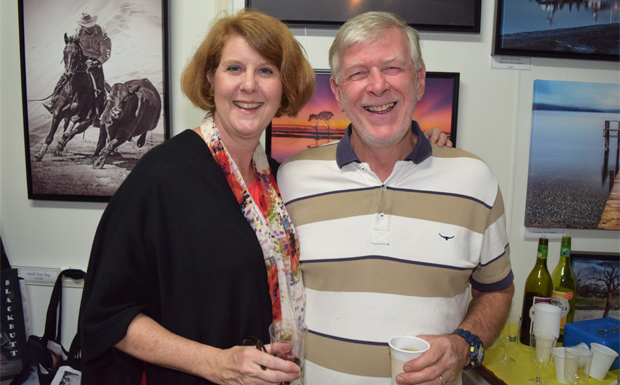 Painting – in particular, painting walls – was a popular topic at a Wine and Cheese Night held at the Blackbutt Art Gallery last Wednesday.

The gallery held its annual soiree complete with wine, cheese and live country rock music to welcome old friends and new, and update them on the group’s progress over the past year.

Guests also got to see the results of a recent painting spree by several gallery members who’d volunteered to give the interior walls of the Coulson Street building a much needed make-over.

He thought it also helped show off the artworks on display more effectively, and thanked the members who carried out the work.

This year the Gallery is celebrating its 14th year of operations – a remarkable achievement for any commercial art gallery, let alone one in a town with a population of slightly more than 1100.

The gallery first opened its doors on March 3, 2003, largely thanks to the efforts of former Nanango Shire councillor Brian Tillyer who was also a driving force behind the now-defunct Friends Of Cultcha arts group.

For much of its life the building was known as the Butt Art Gallery, and was run as a collective by half a dozen local artists who shared the costs of running and staffing the gallery between them.

But in recent years the gallery has been incorporated as a not-for-profit association. It has also expanded the number of artists it represents, and this year changed its name to the Blackbutt Art Gallery.

Today it exhibits work by artists from all over the South Burnett, and its future looks bright.

The Brisbane Valley Rail Trail is bringing a steady stream of tourists into Blackbutt all year round, Peter said.

Blackbutt’s cafes and pie shop benefit the most from them, but the gallery is making art sales to Rail Trail visitors as well as locals.

Julie Taylor-Dixon from Wiikirri Bed and Breakfast Retreat agreed the rail trail was bringing benefits to the Timbertowns.

She said her own business now picks up a steady stream of bookings from visitors who come to Blackbutt along the trail.

While it’s not the principal source of bookings, she was receiving enough of them to notice.

“It took awhile to build up, but we’ve all seen that rail trail numbers have really grown in the past few years,” Julie said.

Mayor Campbell praised the artists in attendance, as well as the Gallery association for operating one of Blackbutt’s key tourist attractions.

“You’re doing a fine job and you should all be proud of it,” the Mayor said.

“There are some wonderful artworks here, and that’s a credit both to you and the artists who produced them.” 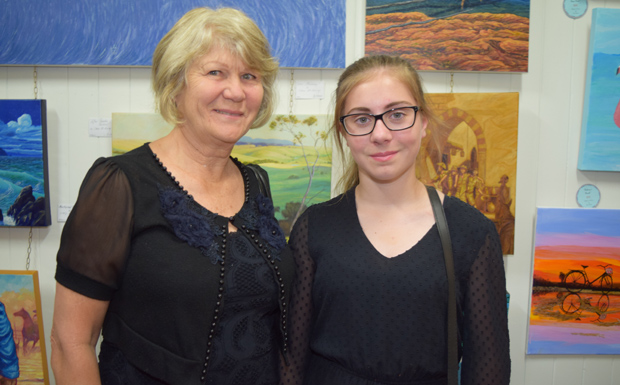 Blackbutt's Judy Cranston came along to the night with her grand-daughter Charlotte Hart, who was visiting from Rockhampton during the Spring school vacation 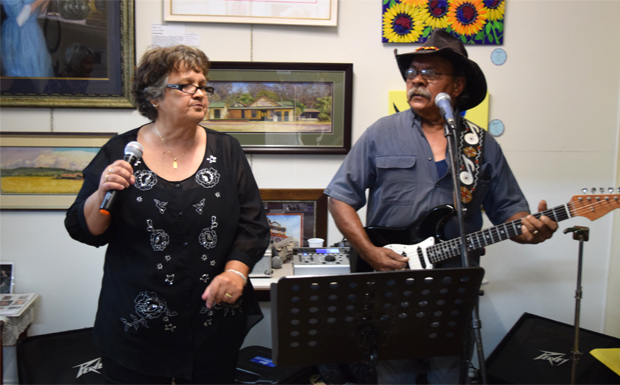 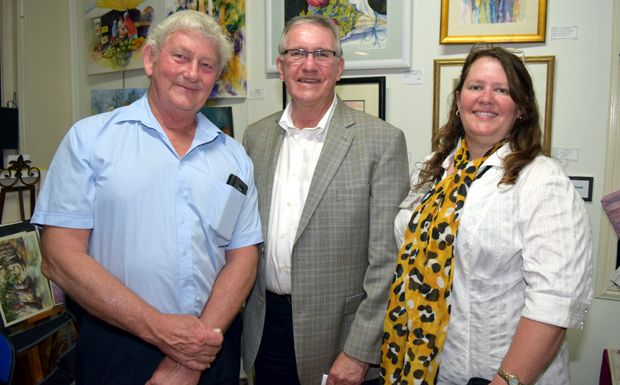