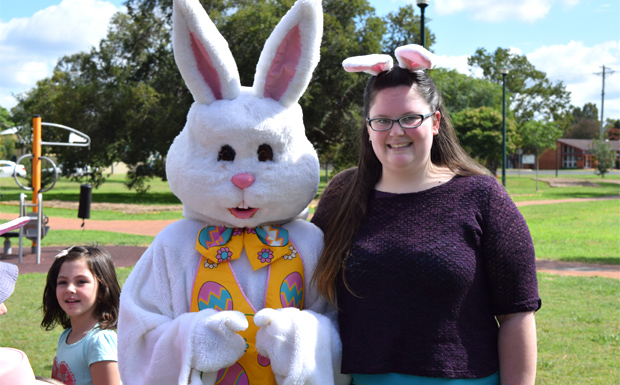 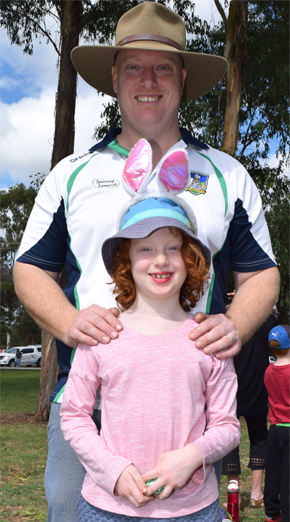 The Kingaroy Lions Club estimate they raised close to $1000 from an Easter Egg Hunt they held at Kingaroy’s Memorial Park last weekend.

The idea was the brainchild of Sarah Potter, who suggested the club offer a fun activity for local families on Easter Saturday.

Sarah’s fellow Lions Club members agreed to give it a try.

But they were almost overwhelmed when a crowd of about 300 parents and children came along to take part in two Easter Egg hunts, Easter Egg tossing and other fun games, and craft activities set up on several of the park’s benches.

A highlight of the morning for most children was a visit by the Easter Bunny, who was guided into the park by Sarah’s mother, Cr Danita Potter.

The Easter Bunny was soon swamped by adoring children who all wanted the opportunity to be photographed with the world’s most famous rabbit.

Meanwhile, parents chowed down at the Lions sausage sizzle or watched on as their children played.

Sarah said the seemingly simple event took several months to organise, and while planting eggs for the day’s first Easter Egg hunt at 9:00am was easy to do before the crowd descended on the park, planting eggs for a second hunt around 11:30am – when the park was packed – proved a little more challenging.

Proceeds from the day will go to assist Lions Medical Research.

The club is now deciding whether to make the Easter Egg hunt one of its regular annual activities. 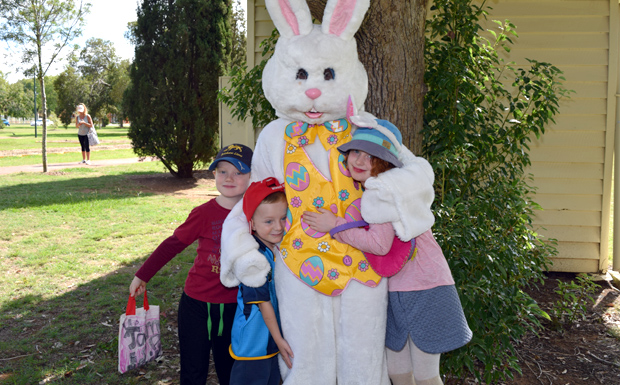 Most children wanted to be photographed with the famous rabbit, but others just wanted a cuddle

One Response to Egg Hunt Draws A Crowd