Tradition Lives On At Cooyar Ball 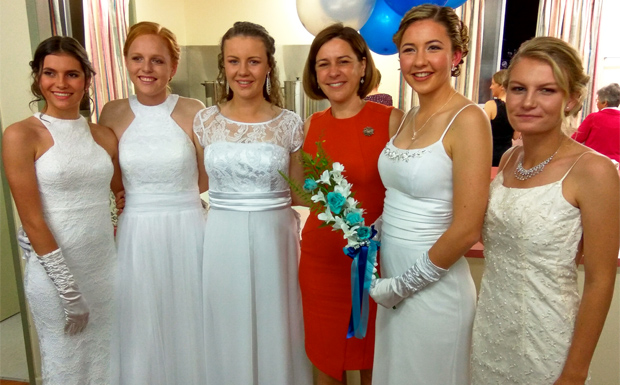 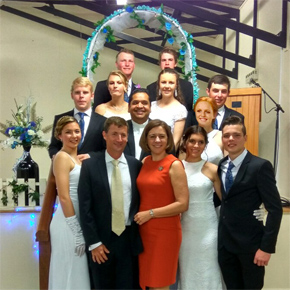 An age-old tradition was celebrated in Cooyar last Saturday night when five local women, dressed in white, made their debut.

The Cooyar Debutante Ball, held in the Cooyar Memorial Hall, is one of only two regular deb balls still held in the South Burnett … the other being at Kumbia.

Receiving the debutantes at Cooyar was an official party made up of Deputy Opposition Leader and Member for Nanango, Deb Frecklington, and her husband Jason, and Cooyar Catholic Parish priest Fr Nigel Sequeira.

The women and their partners had been practising their ballroom dancing steps for weeks in the lead-up to the big night.

The tradition of debutante balls dates back to England, where the custom was for daughters from noble families to make a “debut” into polite society – and be seen by eligible bachelors from the upper class – by being presented at Court to the King or Queen.

The current Queen abolished this ritual in 1958, but the tradition lives on elsewhere, particularly in Australia, New Zealand and the United States.

Was that a wink from the portrait of the Queen hanging on the wall of the Cooyar Hall? 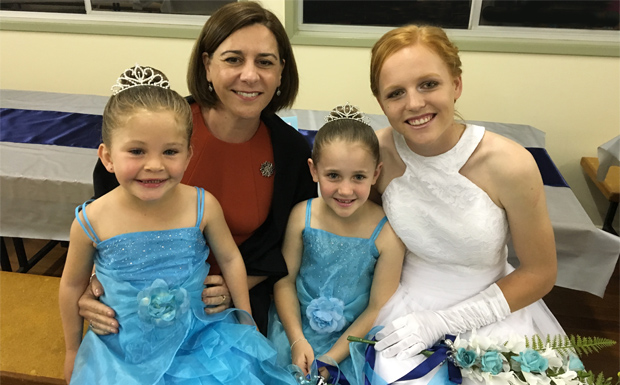