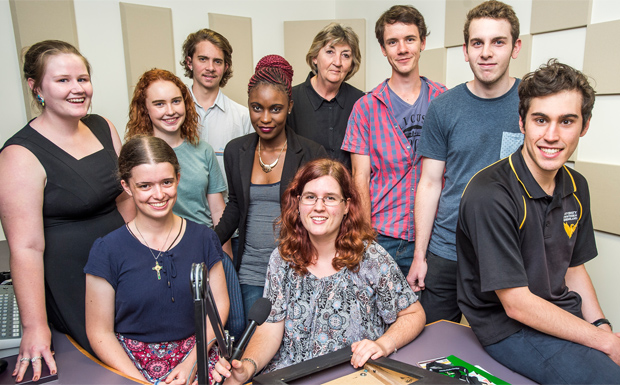 Yarraman and Cooyar residents have been missing out on getting to know their candidates due to the fact they are part of the Toowoomba Regional Council area.

University of Southern Queensland journalism students have stepped into the breach to help voters make an informed decision about who to vote for.

A reporting team comprised of first, second and third-year students interviewed TRC Mayoral and Councillor candidates with the aim of giving voters a snapshot of each of them.

The TRC is a whole-of-shire election so all voters will be selecting a Mayor and 10 Councillor positions.

And there is a smorgasbord to choose from.

Five candidates – including current Mayor Paul Antonio – have nominated for the position of Mayor and 31 candidates have put up their hand for the role of Councillor.

USQ Broadcast Journalism Senior Lecturer Dianne Jones said the project had provided an invaluable opportunity for the students to participate in the real world of journalism.

“It is part and parcel of how we teach journalism at USQ, and that is to give student reporters as much practical experience as possible,” Ms Jones said.

“It has been invaluable, not only because the interviews are providing voters with a comprehensive tool to inform their vote. It allows students to see what it is like to be a real journalist with the function of providing reliable, accurate information to a deadline, and information that readers and listeners can act on.”

Ms Jones said the candidates were asked about their vision for the next four years and beyond.

“One of the most common responses was about the ongoing issue of regional representation,” she said.

The students took on senior and junior reporting roles and were mentored by USQ alumni and former broadcast journalist Rhianwen Whitney (chief of staff) and USQ videographer Alex Cossu (producer).

For Yarraman and Cooyar residents, the nearest pre-poll voting will be at the Crows Nest Council Service Centre, from 9:00am-5:00pm, March 14-18.

On March 19, a polling booth will be open at Yarraman State School.