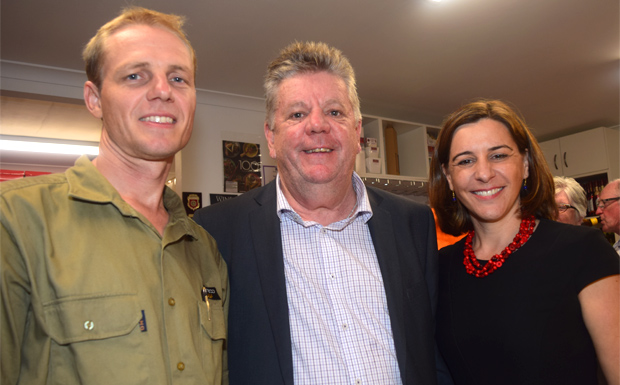 There’s been changes at the top of the Kingaroy Chamber of Commerce and Industry’s executive following the group’s Annual General Meeting on Wednesday night.

Tim Harris, licensee of Kingaroy’s Commercial Hotel, has taken over the role of President after the resignation of Rod Steele (McDonald’s), who has steered the organisation’s growth over the past four years.

Josh Gadischke, from Proteco Gold, has taken over the role of Vice-President from Shannon Scott (Taste South Burnett).

In his President’s Report, outgoing president Rod Steele said he was confident he was leaving the organisation in great shape.

He said that in his years with the KCCI he had seen the organisation build a growing level of unity and trust amongst Kingaroy’s business community, and had seen membership and attendance numbers at the Chamber’s six-weekly Meet’n’Greets steadily grow.

He said he was confident the vibrant 2015 executive and committee members would continue the Chamber’s positive growth.

The AGM was held at Taste South Burnett in Alford Street and attracted about 50 members, despite brewing storm-clouds which erupted into a downpour soon after the meeting got underway.

The meeting was followed by the Chamber’s Christmas break-up, which was sponsored by former KCCI Secretary – now Member for Nanango – Deb Frecklington. 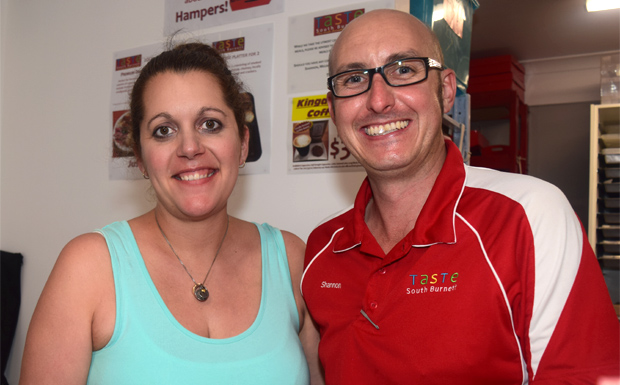 Outgoing KCCI Vice-President Shannon Scott and his wife Megan, from Taste South Burnett, catered for the Chamber's Christmas break-up which followed the AGM 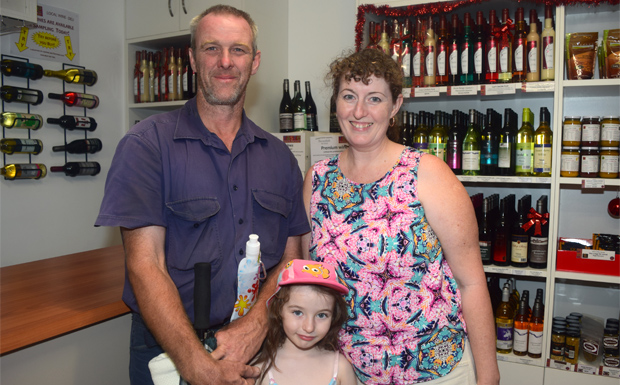 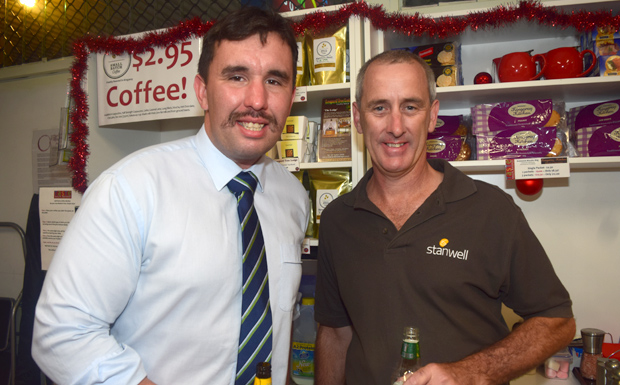 Cr Damien Tessmann, who is a growing a moustache for Movember, with Rob Woodall (Stanwell) 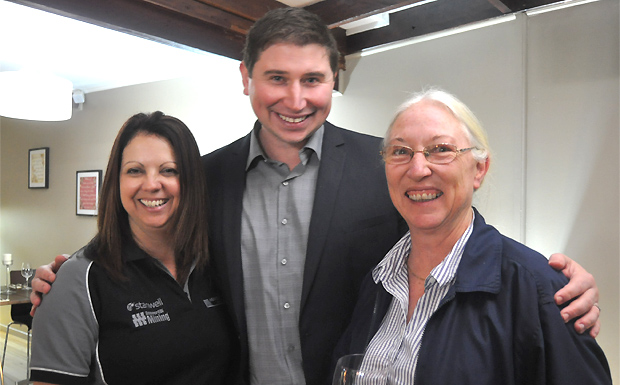