Police Put Drinkers To The Test 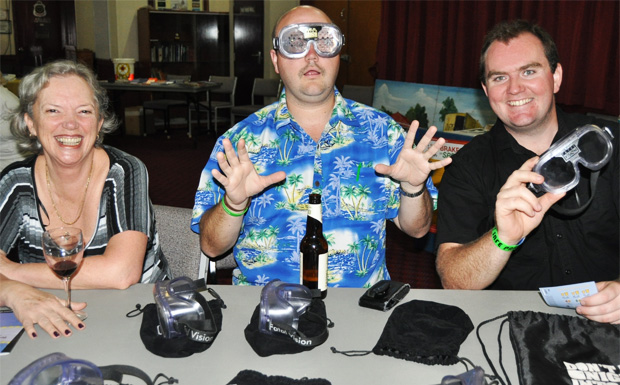 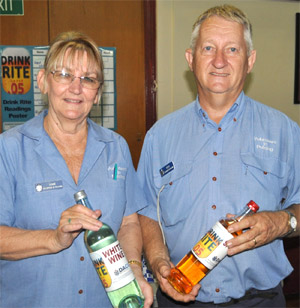 Patrons put on their beer goggles at Taras Hall in Nanango tonight but it was all for a good cause.

In a short time, they learned about alcohol’s effects on their bodies, how to drink responsibly and what their individual safe drinking limits were.

Drink Rite is a Queensland Police Service program that aims to promote a responsible attitude towards drinking (and not driving).

And it has a simple message: if you plan to drink alcohol, don’t drive!

The get-together involved a standard drinks presentation where participants had the opportunity to drink alcohol and then be breathtested by the police.

The police discussed the results of the participants’ breath alcohol concentration testing and provided information about alcohol consumption, standard drinks and drink-driving.

“A glass of beer may be a standard drink but a glass of wine is one and a half standard drinks. This is because wine has a much higher alcohol level.

“So two glasses of wine – which you could easily consume over the course of dinner – is really three standard drinks, not two.”

Snr Constable Paul Britten said another thing most people don’t realise is that their blood alcohol levels will continue to rise for about an hour after they’ve had their last drink.

“So while you may feel sober when you have your last drink, that may not really be the case,” he said.

The night also showed just how much variation there can be in the effect of alcohol from person to person, which reinforced the message that attempting to estimate your alcohol concentration level is difficult, and not recommended.

Instead, the program promoted the benefits of counting your drinks and drinking low versus high alcohol beverages.

The community groups who helped put the night together promoted their own activities, with the message that there are much more rewarding things to do in life than simply drink.

One feature of the evening that drew a lot of laughs were the plastic “beer goggles”.

The goggles showed wearers what the world looks like at different blood alcohol levels, ranging from mild inebriation all the way up to complete stupefaction.

Information about organising a Drink Rite night can be found on the Queensland Police website. 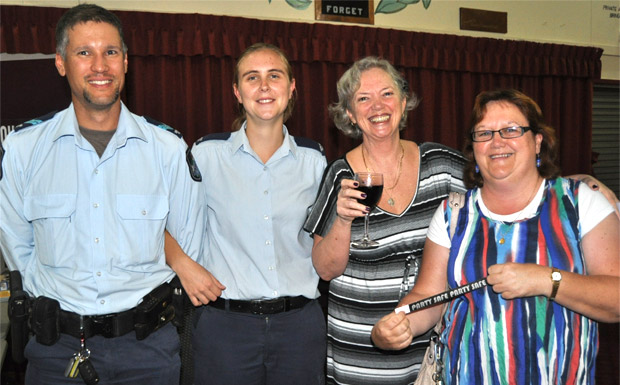