But that’s what happened on Saturday night when a Mongrel of a tractor (a “bitzer” made of a hundred different parts) took centre stage at the 2012 Tractor Tattoo spectacular.

The star of the show was the musical tractor hand-crafted by Steve Langton (complete with its own “Mongrel” badge) . It not only took part in a solo performance, but also was also central to a four-part piece composed by musician Peter Rankine for choirs, mass band and tractor.

As well, the $1000 winner of the region-wide “Gathering Of The Tractors” arts competition was announced. Congratulations to the Nanango Art Society and the four $100 runners-up: Murgon State School, Coolabunia State School, Art Geckos and the Go Getta Girls.

The competition was sponsored by Stanwell, the South Burnett Regional Council, CROW-FM and southburnett.com.au.

The audience were also treated to some spoken and audio-visual presentations … not surprisingly, about tractors.

And a fireworks display launched from nearby Memorial Park capped off the evening. 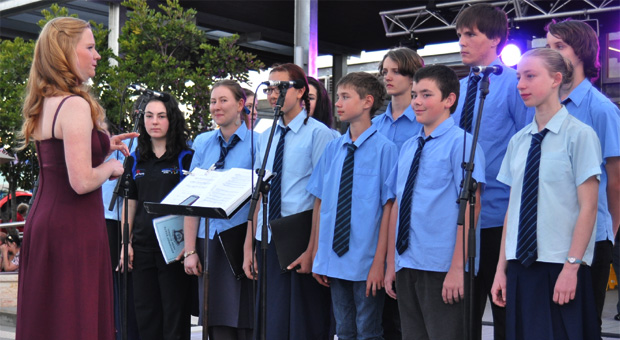 Saturday’s spectacular was the highlight of a month-long festival which has involved regional art galleries, libraries, and literally dozens of South Burnett schools and not-for-profit community groups.

In some ways – quite apart from its value as good-natured (if slightly off-beat) family entertainment – the evening could also be said to be the night that South Burnett arts and culture finally came of age.

In fact, the crowd that attended Tractor Tattoo was approximately the same size as the crowd that packed into Fred Kassulke Oval in Nanango earlier that same day to cheer on the region’s Rugby League Grand Finals – proof of studies that have found the number of Australians involved in the arts is now about equal to the number of people involved in sports. 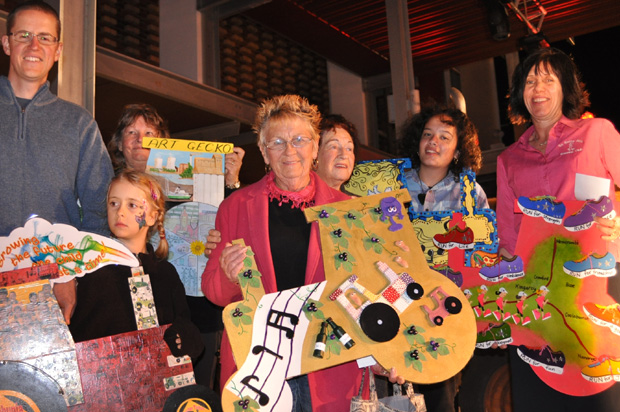 The event was opened by South Burnett Mayor Wayne Kratzmann and “piped in” by Highland piper Ross Page.

There was even a percussion solo on rubbish bins!

Then Steve Langton – who put “Mongrel” the Musical Tractor together from a body donated by South Burnett tractor enthusiast Russell Dower – got on stage with members of his family to give the tractor its world premiere performance. 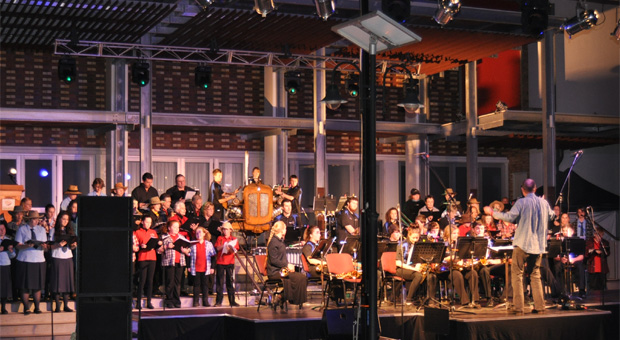 The Tractor Tattoo spectacular was the culmination of many fun activities for arts and community groups throughout the region for several months.

“Mongrel” the tractor will now become part of the region’s collection and there are plans for it to tour around the region in the near future, as possibly even to other areas in Queensland.

Tractor Tattoo was funded by Federal and State Government grants from the Regional Arts Fund, the Australian Council for the Arts and Arts Queensland. 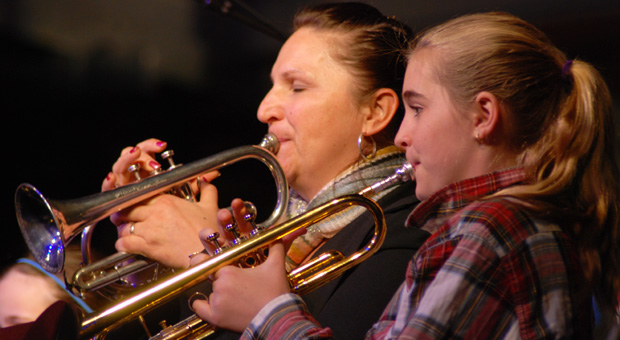 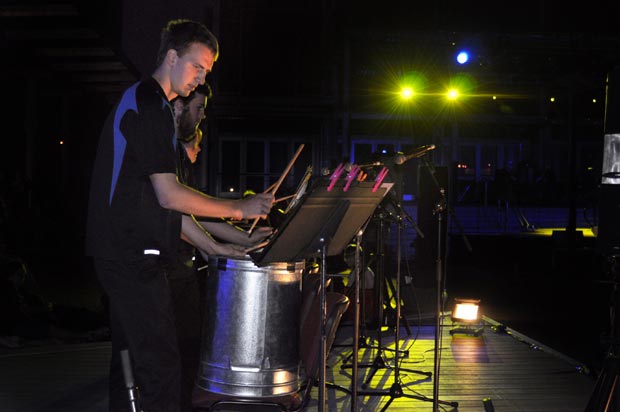 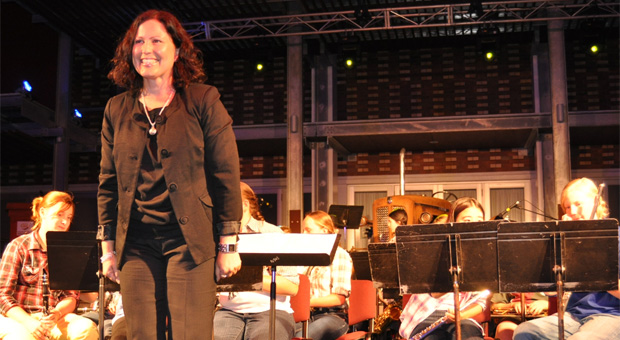 Nadine Gray from Kingaroy conducted the Massed Regional Primary School Band, which was made up of students from Murgon, Wondai and Kingaroy State Schools

One Response to Mongrel Hits The Right Note