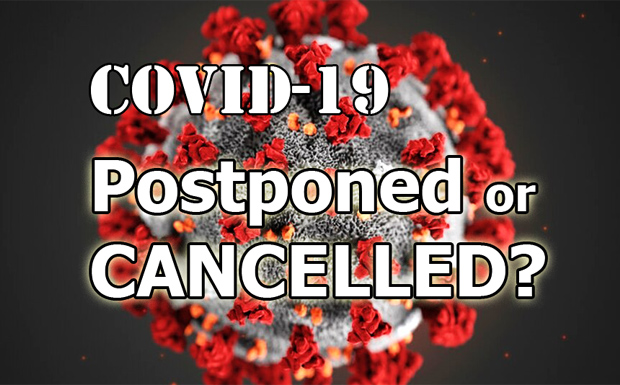 We will keep updating this list as the fate of more local events is decided . . .

UPDATE: On April 28, Sunwater announced that Bjelke-Petersen and Boondooma dams will reopen for day use only – fishing, boating, water ski-ing – but camping is forbidden.  The dams will be open from 6:00am to 6:00pm.

On March 19, Pursers Coaches announced that its South Burnett-Caboolture service would operate only on Mondays, Wednesdays and Fridays from March 23 until further notice. UPDATE April 6: All services to Caboolture have been suspended.

On March 22, Prime Minister Scott Morrison announced that all registered clubs, hotels (excluding bottle shops and accommodation areas), nightclubs, casinos, gyms, cinemas, entertainment venues and places of worship are to close from noon on March 23.  This means that all South Burnett hotels, RSL clubs and licensed venues, such as the Nanango Darts Club, must now stay closed until further notice. Restaurants and cafes can do delivery and takeaways only.

The Kingaroy RSPCA Shelter closed its doors temporarily to the public on March 31.

On April 6, the RNA announced the Ekka had been cancelled.

On April 14, South Burnett Toastmasters announced that their meetings were now being held online. Contact the club via Facebook for more information.

On April 26, Murgon Taxis said they would be closed until further notice. UPDATE: Murgon Taxis will be back in business from May 5.

NB. We are now rolling over older dates to the bottom of the list to make it more user-friendly!

NB. There are restrictions on entry to Cherbourg.  See the Cherbourg Aboriginal Shire Council website for the latest information.