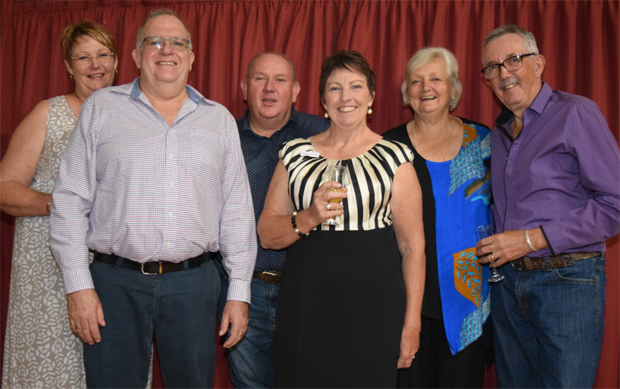 The immediate future of international tourism in Queensland looks bleak, but South Burnett tourism operators could benefit from a lift in domestic tourism.

Southern Queensland Country Tourism CEO Peter Homan said a combination of the Christmas bushfires, floods and fears of coronavirus have dampened overseas enthusiasm for Australian holidays, with revenues forecast to drop by between 30 to 40 per cent in the coming year.

But on the flip side, domestic tourism could see a big lift in the next 12-24 months from citydwellers eager to help the bush recover, and a new advertising campaign will be launched soon to promote domestic tourism.

These insights were shared with an audience of about 100 South Burnett tourism operators at Taras Hall in Nanango on Tuesday night.

The operators had come to witness the official launch of Visit South Burnett (VSB) – a Local Tourism Organisation (LTO) – as a replacement for the South Burnett Tourism Association, which wound up in mid-2015.

The launch capped a month of town meetings in Blackbutt, Nanango, Kingaroy, Wondai and Murgon where VSB executive members explained the organisation’s aims and objectives and invited tourism operators to take out memberships.

It also followed three years of negotiations between VSB and the South Burnett Regional Council.

VSB president Jason Kinsella began proceedings by welcoming everyone, and promising to keep formalities to a minimum.

He then ushered Mr Homan to the stage to share his insights into the current tourism market.

Mr Homan told the meeting Southern Queensland Country – a Regional Tourism Organisation (RTO) – believed as many as two million people visited or passed through the South Burnett each year.

While this was good, the same statistics also showed the average spend of these visitors – particularly those who stayed overnight – was significantly lower than it should be.

He said a key aim of both the RTO and VSB should be to increase visitor spending levels in future, and he looked forward to working with the new group and assisting in any way he could.

He applauded VSB’s formation and wished the group every success. 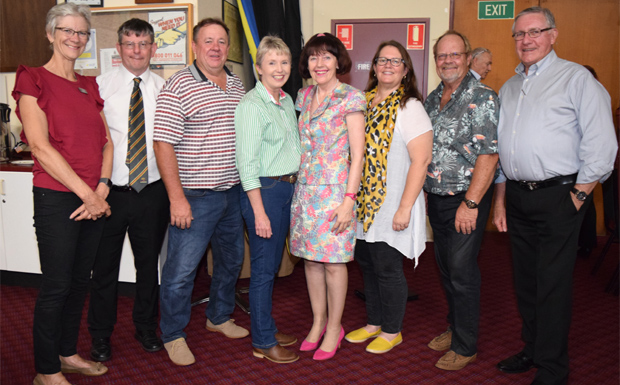 The launch night was attended by all South Burnett Councillors, Mayor Keith Campbell and CEO Mark Pitt (second from left) … Mr Pitt performed the official launch at the request of VSB’s executive in light of the upcoming Council elections