Kumbia Cooks Up A Storm 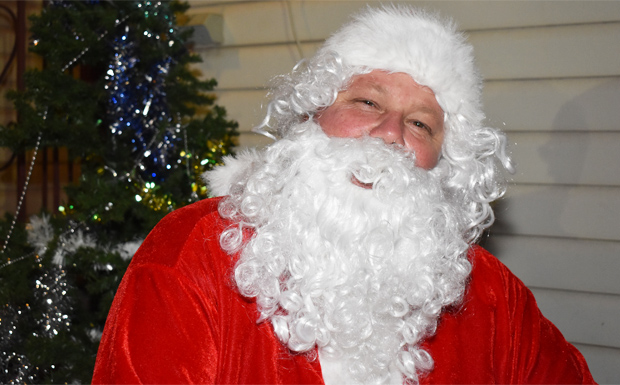 Kumbia’s culinary treats are well known far beyond the town’s borders, and they were on full display at this year’s Kumbia Christmas Carnival.

Local bakers lent their skills to producing a wide range of home-made Christmas cakes, puddings and biscuits that guests could buy to delight their own Yuletide guests.

And Lenihan Butchery’s sausages and steakettes sizzled on the barbecues all night, much to the delight of the appreciative crowd who kept the grillmasters busy right up to closing time.

This year the bucking mechanical bull and other rides that are usually a feature of the annual Carnival were replaced by a giant slide whose big attraction – for both children and their parents – was that it was entirely free, thanks to a grant from the South Burnett Regional Council.

Gayle Carroll, from the Kumbia Hall Committee, said that with many of the town’s farms in drought, organisers wanted to lend a hand to keep carnival costs down for families.

Santa Claus arrived at his usual time of 7:30pm – this year, on the back of a ute – to treat children to free gifts, and even the heavens offered up something: a brief, light hailstorm that hit some nearby areas but left Kumbia itself untouched. 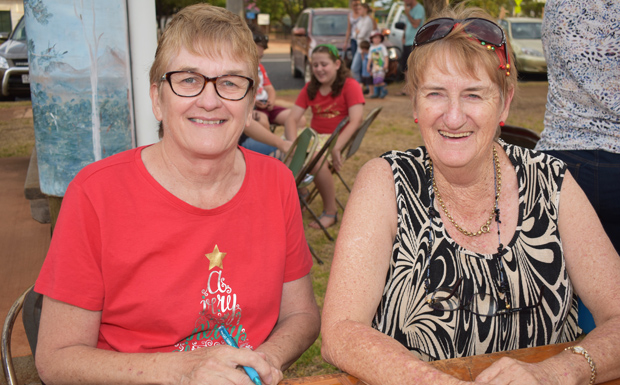 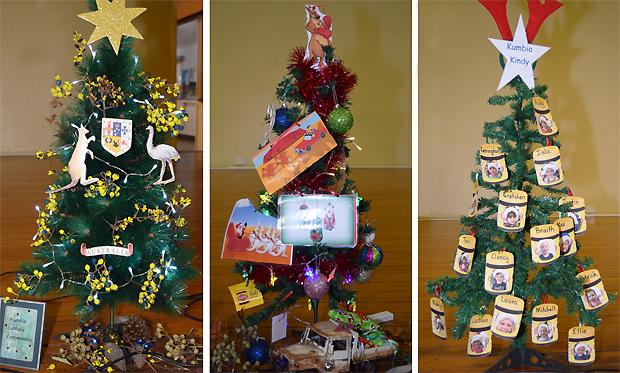 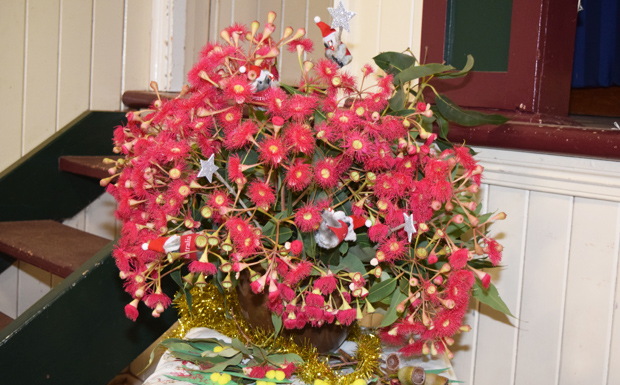 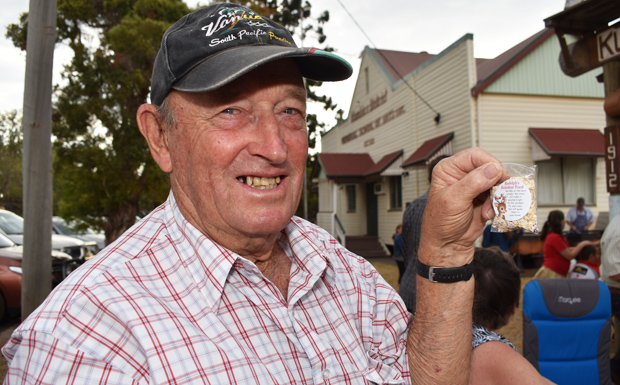 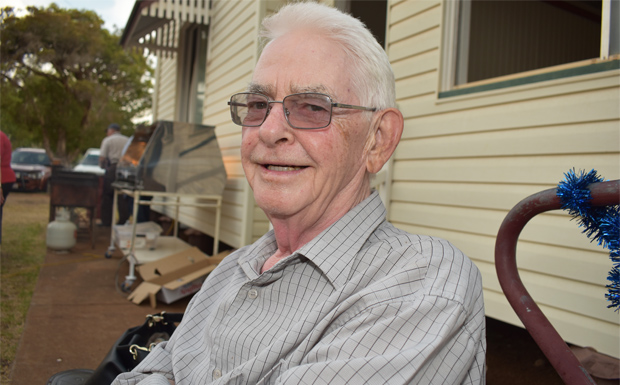 Kumbia butcher Brian Lenihan’s sausages are legendary, which led to fears that when the new owners take over his business in April they might disappear forever; but no fear … Brian has assured customers he has passed on his secret recipe! Brian, 77, started as a slaughterman in 1960 and ran the shop with his wife Winnie for 47 years 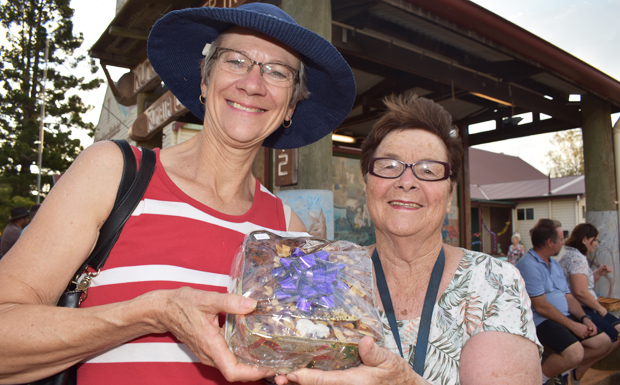 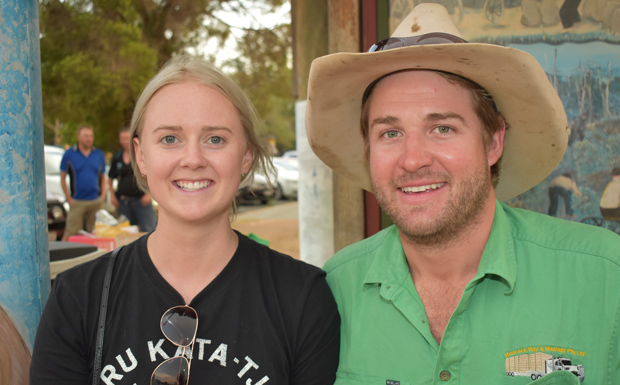 Hayley Wolski and Jarrod Hancock, from Kumbia, were enjoying the carnival 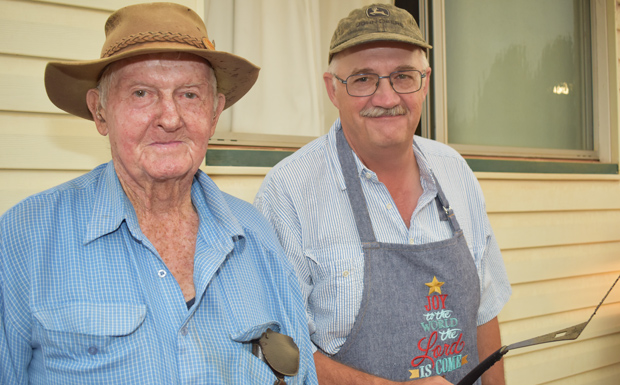 Kevin McConville and Paul Winter were looking after the sausage sizzle