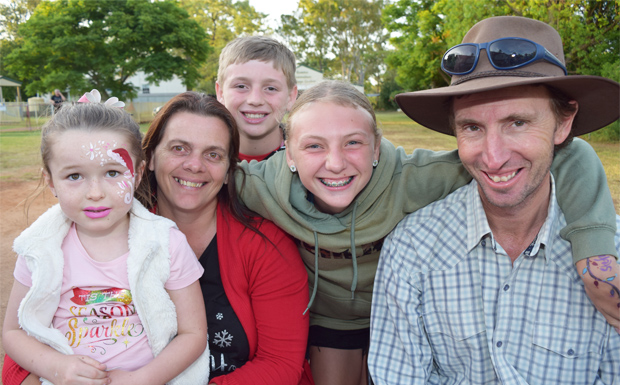 Ruby Beil, 6; with Fiona Coyne, Jacob Coyne, 9; Stephanie Coyne, 12; and Peter Coyne were all ready to have a great time at this year’s Kumbia Christmas Carnival 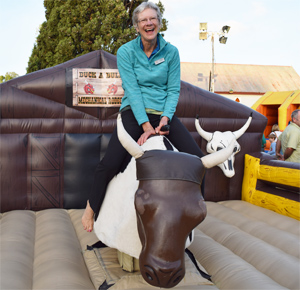 Nature hasn’t been kind to Kumbia this year but the weather gods smiled for the town’s annual Christmas carnival.

Most of the windows that were smashed during the big storm in October have now been repaired – and fingers are crossed there’ll be no repeat of last year’s Boxing Day storm.

Kumbia’s recent Christmas Carnival was an opportunity for local residents to relax, get together and have a bit of fun.

Younger children amused themselves with the inflatable games – including a shooting gallery – set up in the grounds of Kumbia Hall, while the older kids tested their mettle on the bucking bull.

(Cr Ros Heit was game enough to have a go, and got flung off … twice.)

Inside Memorial Hall, entries in the traditional Christmas Tree competition added a Yuletide touch to celebrations.

Santa – saluting the fact that Kumbia is at heart an agricultural town – left his reindeer behind and arrived on a giant spray rig this year, much to the delight of his young fans. 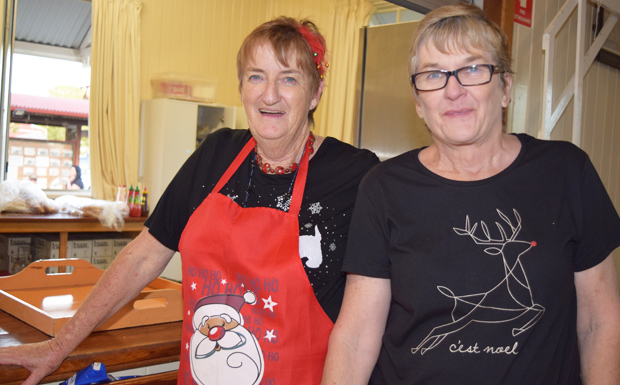 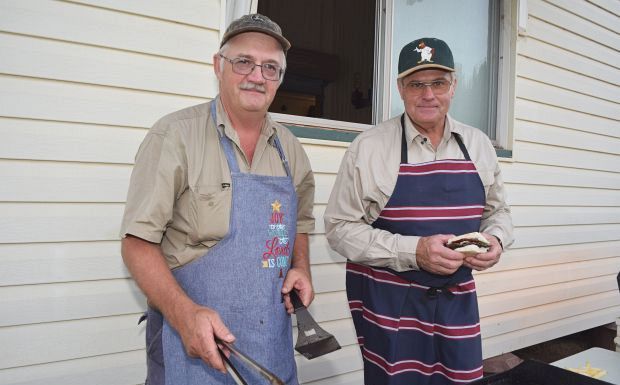 Brothers Paul and Morris Winter are regular helpers at the Christmas Carnival barbecue, where Kumbia butcher Brian Lenihan’s sausages and burgers have pride of place 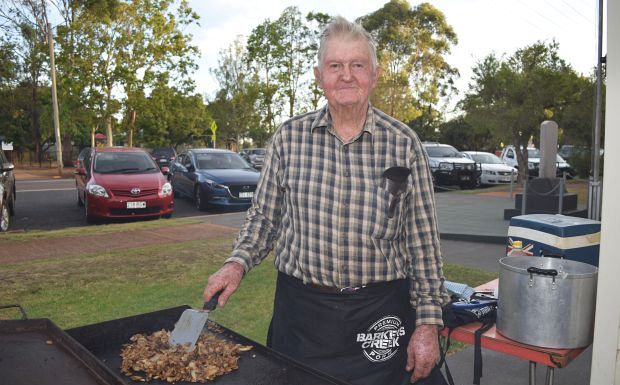 Kev McConville is another regular helper at the barbecue, helping dish out the freshly fried onions 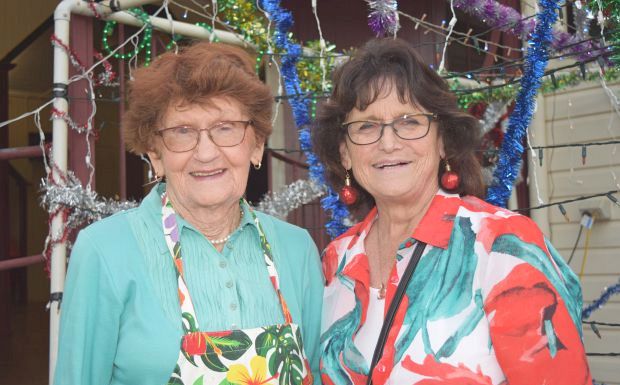 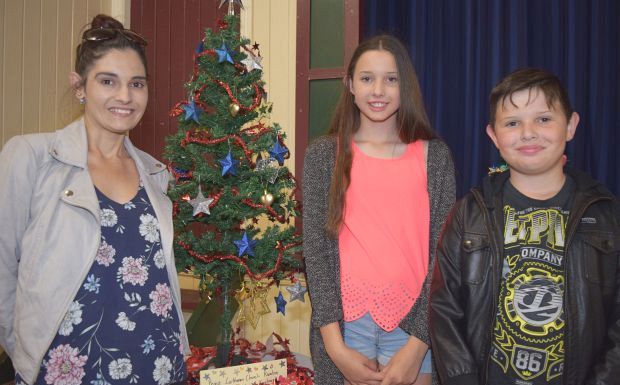 Amy Moore, from Kingaroy, brought along Shakaya Akers, 13, and her brother Ashton, 12, to admire the entries in this year’s Christmas Tree competition, which were displayed inside Kumbia Hall 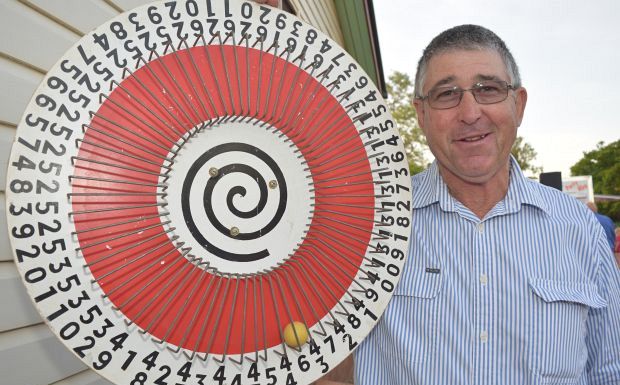 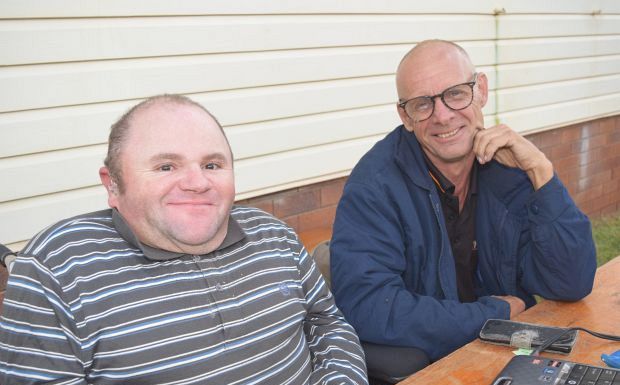