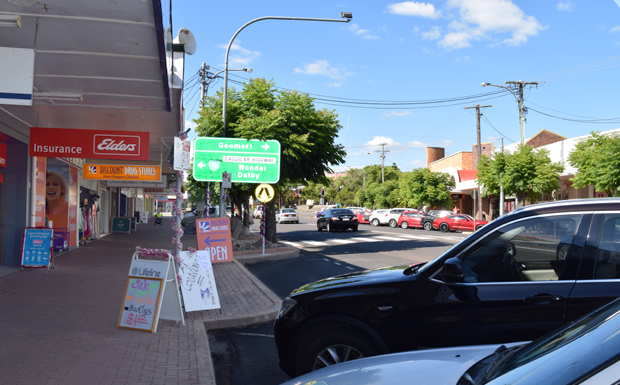 South Burnett Regional Council will lodge its third application to the Building Better Regions Fund (BBR) in an effort to secure Federal funds for the transformation of Kingaroy’s CBD.

At Wednesday’s monthly meeting, Councillors voted unanimously to lodge an application to the fourth round of the BBR program, which has been targeted at drought-affected communities.

The Council will seek a $4.5 million commitment from BBR towards its $11.1 million Kingaroy Transformation Project, which could create up to 40 jobs during construction.

The revitalised business centre would feature improved street lighting, CCTV security cameras, upgraded footpaths and other features designed to make the CBD safer and more inviting for both local residents and tourists.

The upgrades in Glendon, Kingaroy, Alford and Haly streets would be designed to encourage greater use of the CBD at nights and on weekends, periods when usage is currently low.

At Wednesday’s meeting, Cr Gavin Jones said he expected to hear criticism of the proposal from residents living outside Kingaroy who believed the town received an unfair level of Council funding.

Cr Jones said the truth was the exact opposite, with most funding since the 2008 amalgamation being directed outside the town.

Cr Ros Heit said she was “in two minds” about whether or not to support the proposal because the region was in drought and many residents were having a tough time making ends meet.

However, she was persuaded by Infrastructure General Manager Aaron Meehan, who told the meeting Council’s contribution to the project would be funded by money it would need to spend whether the BBR application was successful or not.

In the end, Councillors voted unanimously to submit the latest application by the round’s December 19 deadline.

The Kingaroy Chamber of Commerce and Industry has sought letters of support from businesses to accompany the Council application.