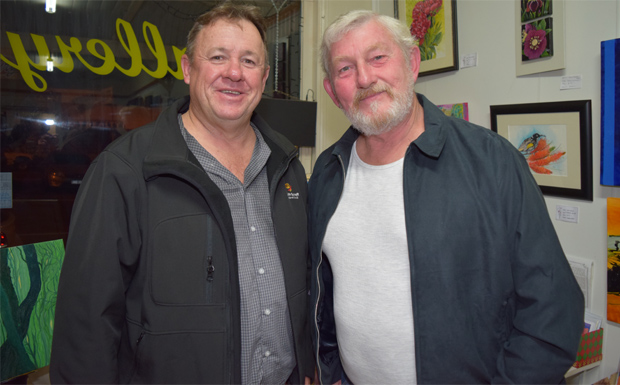 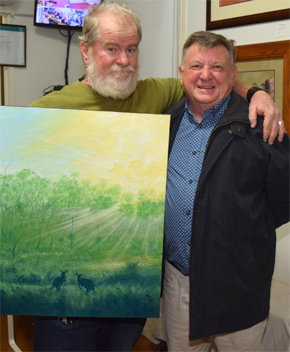 The annual display showcases new works by some of the dozen South Burnett artists and craftworkers who supply the gallery with its constantly changing displays.

And it gives the gallery an opportunity to say thanks to those who support it, as well as introduce it to new residents.

This year’s exhibition is called “Triple Treat” and features works by Bev Brown, Carol Olsen-Bull and a striking painting by Carey “Gus” McAuley, “The Dreaming Tree”.

But it was Gus’ solitary work that drew the most comments.

Gus said he had been working on the painting – a view of Etty Bay near Innisfail with a twisted tree as its central focus – right up until Friday morning.

It showed a tree he and his mates had climbed or sat under many times.

It was one of his favourite places during his childhood, and one he revisited every time he travelled back to North Queensland.

Gus said his “Dreaming Tree” was located at the non-tourist end of Etty Beach, an area rarely visited by people and often frequented by native animals.

He discovered it as a boy and brought his mates along as a teenager.

But he had never attempted to paint it until very recently, when he was able to bring his 40 years experience as a professional artist to the task.

He thought it was likely he would still be tweaking the painting – a touch of light here, a touch of shade there – until it was finally sold.

Cr Gavin Jones, who performed the official opening, said he was impressed by the diversity of works on display and commended the Gallery for arranging the opening night. 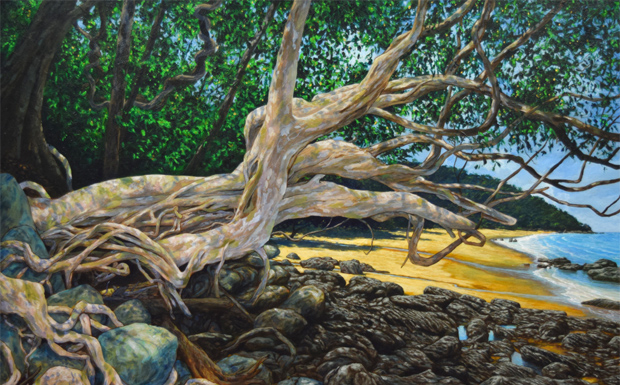 A detail from Gus McAulay’s striking work “The Dreaming Tree”, which occupies a wall of the Blackbutt Art Gallery