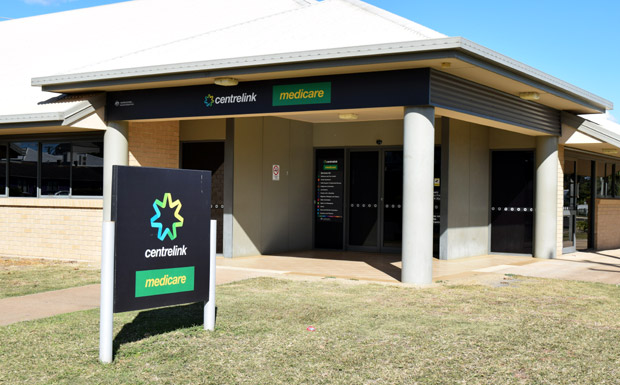 The latest Small Area Labour Markets data to June 2018 shows regional unemployment has risen
from 8.4 per cent to 9.2 per cent over the past 12 months

The South Burnett’s unemployment rate has risen from 8.4 per cent to 9.2 per cent over the past year, according to the Federal Government.

The results are contained in the latest quarterly release of Small Area Labour Markets (SALM) data compiled by the Department of Jobs and Small Business.

The SALM data shows that between June 2017 and June this year, regional unemployment rose from 1158 to 1289 jobseekers, an increase of 131.

The drop in employment comes against the background of a fall in the region’s population over the past four years.

The latest figures also show a seven-year trend towards a higher average regional unemployment rate, from slightly above 7  per cent in 2011 to more than 9 per cent in 2018.

However, the figures are not quite as bad as they look.

The South Burnett is also performing better than most of its Wide Bay-Burnett brethren. 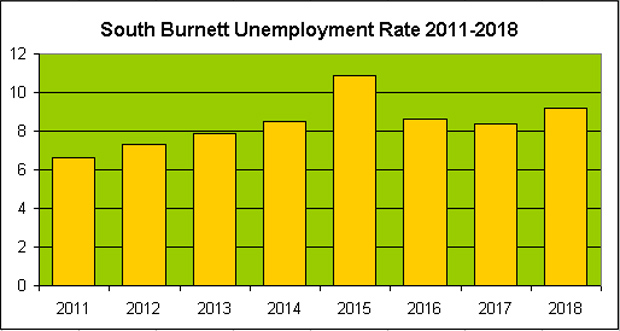 The South Burnett’s unemployment rate has risen from 6.6 per cent in 2011 to 9.2 per cent in 2018 … but we’re still doing better than many of our Wide Bay-Burnett partners