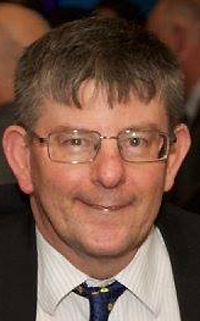 The two locations have been submitted for funding under Round 4 of the Federal Government’s highly competitive Mobile Black Spot Program.

“We await with some level of interest the result that may be forthcoming,” Mayor Keith Campbell said.

The nominations were endorsed unanimously at Wednesday’s Council meeting, although Cr Ros Heit queried why only two sites had been nominated, as three or four locations had been submitted on previous occasions.

CEO Mark Pitt said Mt Mowbullum and Boondooma were the two remaining locations consistent with the study previously completed in the region.

“That original process, with these two locations, is now coming to an end.

“The reason that we have been so successful (in gaining towers) is because we have had the research across all the councils in the Wide Bay.

“That process needs to be re-undertaken – a survey of all the roads, all the sites to see where the coverage is and what’s happening.

“There’s many, many sites across the South Burnett that need these towers.”

Mr Pitt pointed out that Council was also supporting a joint application with the Kingaroy Chamber of Commerce and Industry  and the Jandowae Business and Community Group to have a mobile phone tower erected at the wind farm site at Cooranga North.

A suggestion came from the Council gallery that Burrandowan Sportsground be added to the list.

Deputy Mayor Kathy Duff raised the issue of the Durong tower, asking if it could be adjusted.

She said people were “bitterly disappointed” with the coverage it had achieved.

“Could we advocate to have that looked at?” she asked.

Mayor Campbell said the issues would be referred to South Burnett Directions.

One Response to Two Spots Nominated For Towers