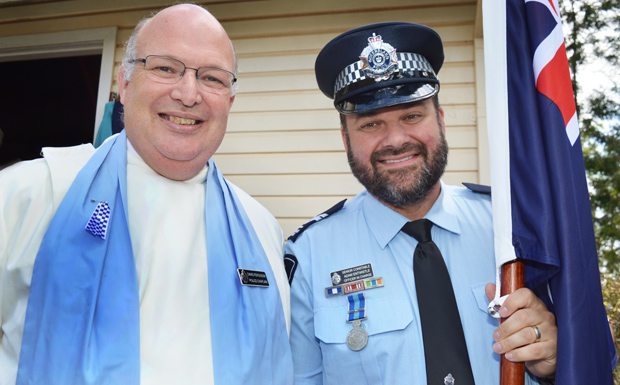 Police Chaplain David Ferguson with Senior Constable Adam Entwistle, who was one of the flag-bearers for the ceremony

Police officers from across the South Burnett gathered in Kumbia on Friday afternoon to pay tribute to fallen colleagues on the eve of National Police Remembrance Day.

The service, held at the Peace Lutheran Church, had added poignancy with the knowledge a young policeman from Goodna station, Constable Peter McAulay, is currently fighting for his life in a Brisbane Hospital after an incident near Ipswich on Thursday morning.

The church was filled with police officers, their families and members of the local community.

He said police across the State have 15,000 interactions with the public every day of the year.

“While each officer’s job may differ slightly at the beginning of each shift, every officer faces uncertainty as to what may occur,” he said.

“No matter how experienced, skilled, equipped, or courageous they may be, at times fate and circumstances will conspire, resulting in the serious injury or the tragic death of an officer.

“National Police Remembrance Day not only honours those who have lost their lives in the line of duty, but recognises the commitment, dedication and bravery of all past, present and future police officers.”

A total of 147 Queensland police officers have lost their lives in the line of duty since 1861.

Also remembered this Armistice centenary year were the 12 Queensland officers who died on active service during World War I.

Bernie died after a short illness in November last year.

Acting Sergeant Rob Firman, from Kingaroy Station, lit a candle in her memory.

Nine police officers across Australia and the South West Pacific have been killed in the line of duty since last year’s Police Remembrance Day, including West Australian 1st Class Constable Dennis Green as well as seven PNG officers and one Samoan officer. 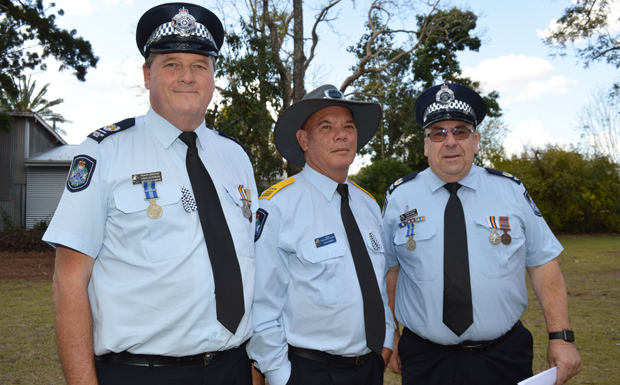 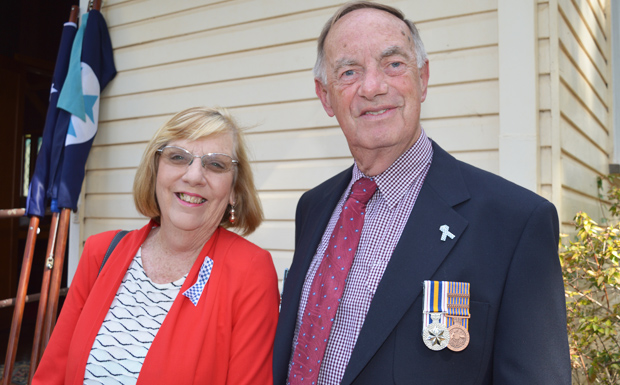 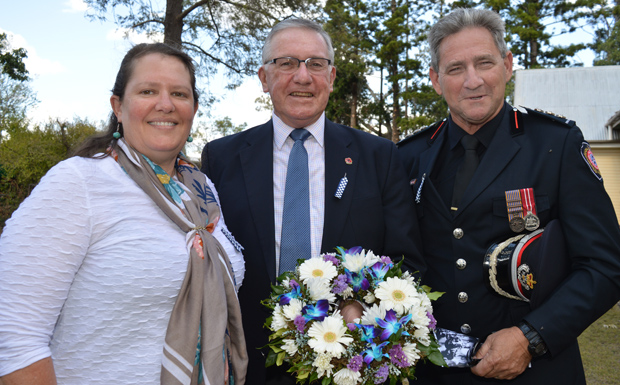 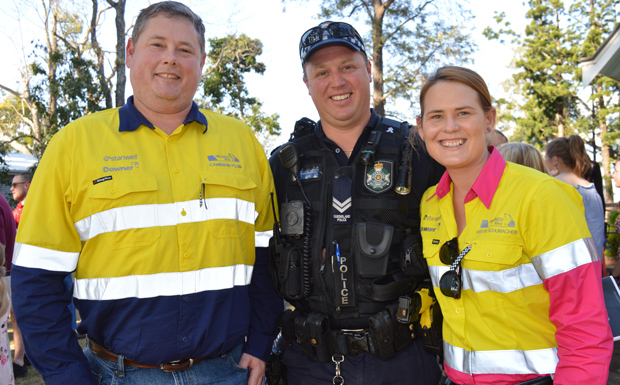 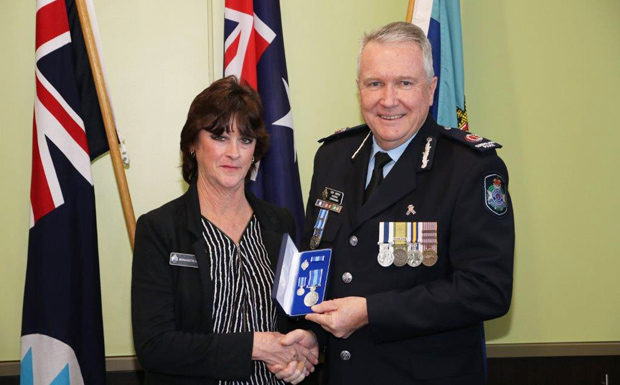 Bernadette Kemp was presented with a 10-Year Queensland Police Service Medal service award by Assistant Police Commissioner Tony Wright back in August 2017 … she was remembered at Friday’s service in Kumbia (Photo: QPS)

One Response to Police Officers Pause To Remember