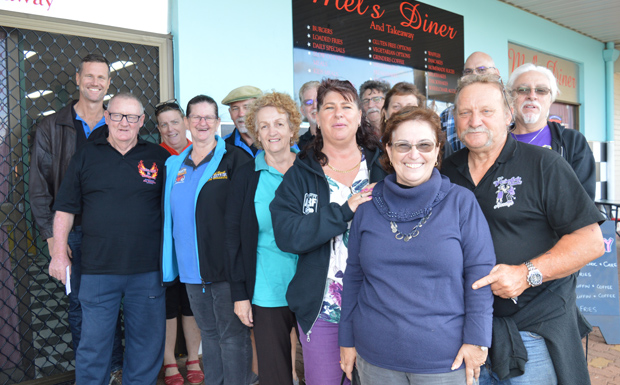 Drizzle and grey skies on Saturday morning cut back the number of participants in the ninth annual Raising Hell In Maidenwell weekend but there were still enough cars – and rock’n’roll – for those who did turn up to have fun.

Some of the regular participants turned up in their street vehicles – leaving their hot rods safely garaged at home – but they didn’t want to miss out on the weekend action.

A rod run was held on Saturday from Maidenwell to Kingaroy, stopping for lunch at the rock-n-roll themed Mel’s Diner in Alford Street.

Ironically, the sun came out on Saturday afternoon which would have made the afternoon perfect for a show’n’shine.

Instead, people sat around campfire swapping stories, enjoying a few drinks and getting ready for the evening’s entertainment.

On Saturday night, the visitors enjoyed a “peep”-on-the-spit (pig / beef / sheep) , rock’n’roll dancing and live music at the Maidenwell Hotel.

“A lot of campers turned up for the weekend,” Terry Mackrell, from the South Burnett Gas Guzzlers, said.

“But we were way down on numbers however we attribute that to the weather.” 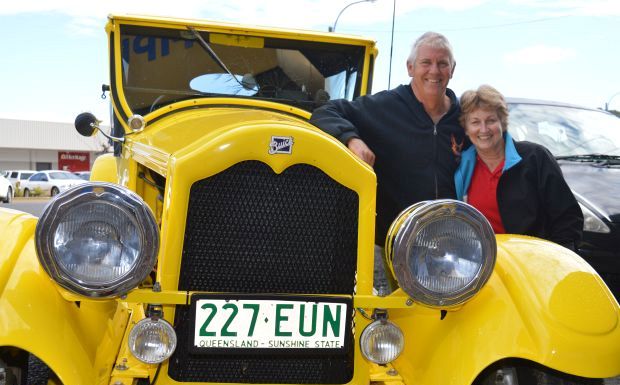 Own and Donna Johnston, from Hervey Bay, brought their 1927 Buick hotrod into Kingaroy on Saturday … the vehicle, which is now running a 308 Holden motor, has been in the Johnston family since 1929 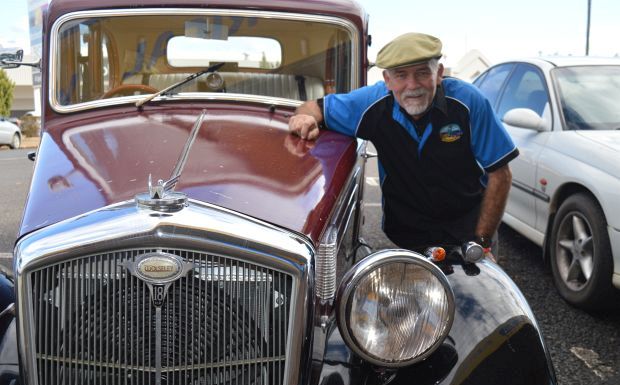 Pat Williams, from Bundaberg, with his 1948 Wolseley which is now powered by a 3.9 litre V8 Rover motor 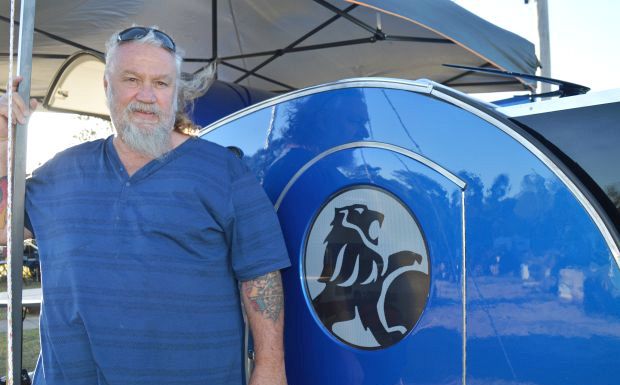 Steve Calleija, from Beachmere, camped at Maidenwell in his brand new, custom-made mini-van, built to match his EH Holden street machine … Steve has been coming to Raising Hell for eight years 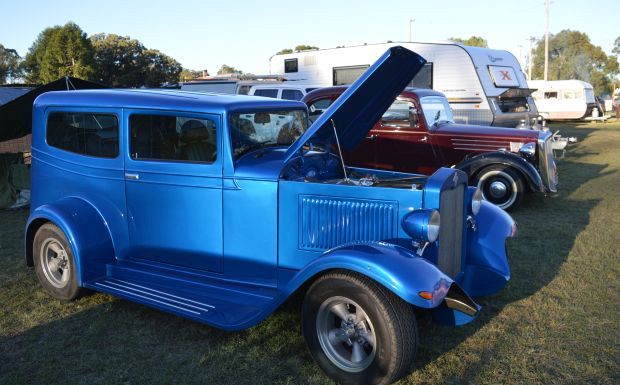 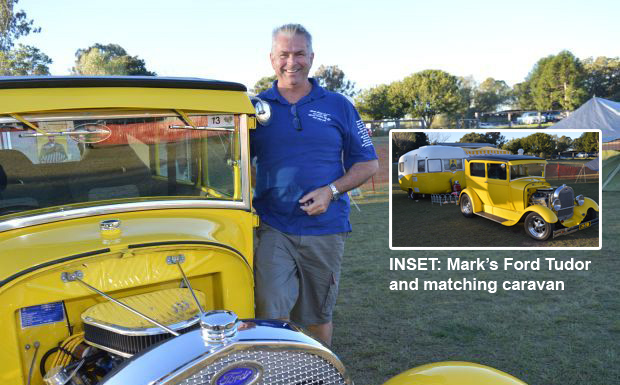 Another Raising Hell In Maidenwell regular … Mark Heywood, from Brisbane, with his 1929 Ford Tudor 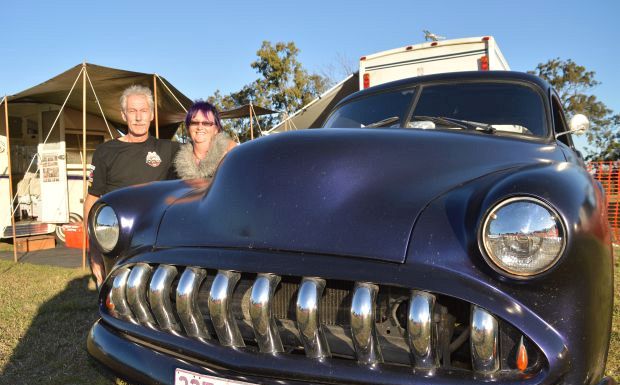 John and Dianne Adams, from Esk, with their 1951 Chevrolet ute 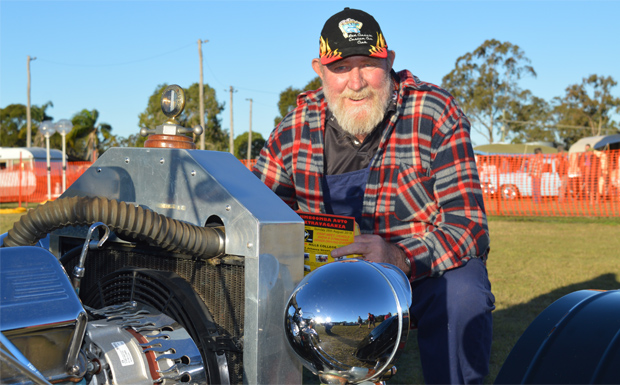 Terry Leuenberger, from Maryborough, with his 1923-style 351 CID Ford T-pickup