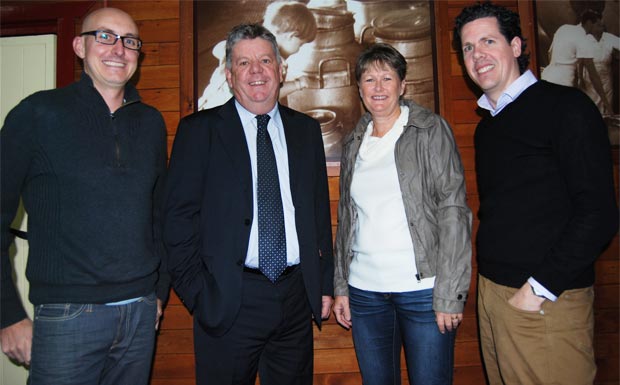 A new tourism organisation to promote the South Burnett will spring into existence at the end of the month as the merger with the Southern Downs and Granite Belt moves a step closer.

Southern Queensland Country Tourism will be officially formed on June 30.

By the end of July, it is expected that the two merging Regional Tourism Organisations (RTOs) – Toowoomba Golden West South Burnett and Southern Downs Granite Belt – will have held special general meetings to wind up their associations.

They will then hand over their responsibilities to the Transition Advisory Board which has been guiding the merger process until September when the new body has a Board in place. 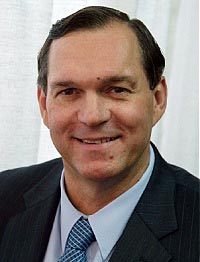 The sometimes controversial merger appears to have claimed at least one local scalp.

Up until Friday when it accepted his resignation, former South Burnett Mayor David Carter had been Chairman of the Transition Advisory Board.

He had remained in this role even though he was not eligible for a position on the related RTO because he no longer represented a Local Government Authority.

When southburnett.com.au spoke to a TGWSB RTO spokesman on May 21, we were told Mr Carter would continue as Chairman of the transition body, news which surprised sections of the local industry. Sources suggested queries were made to Tourism Queensland about Mr Carter’s continued presence on the Board.

Mr Carter was blunter in his assessment. He said this evening he had been “forced out” of the role by the South Burnett Regional Council.

“They said they would not support the merger if I remained Chairman,” he said.

Mr Carter said the Transition group was always supposed to be a skills-based body to facilitate the merger, not a representative one, and he had been chosen because of his skills.

However he may not have totally severed all connections with South Burnett tourism.

South Burnett Tourism Association President Cathy Davis said the former mayor had been “helping out” by chairing SBTA meetings for the past 18 months and he was more than welcome to continue doing so because this was not her skillset.

She said the Constitution of the association had a position for a Council representative. She had spoken to South Burnett Mayor Wayne Kratzmann about this, who had suggested Community and Cultural Services portfolio holder Cr Deb Palmer could fulfil the role.

Mrs Davis said she was unsure what Cr Palmer’s background was in tourism, however she said the SBTA’s role would be changing soon anyway, shifting more to a “meet and greet” focus.

Mr Carter said he would consult with the SBTA Executive to see what they would like him to do.

* * *
South Burnett Mayor Wayne Kratzmann said today the new Chairman of the Transition Advisory Board would be Associate Professor Jane Summers from the School of Management at the University of Southern Queensland.

The group would soon call for nominations to fill the 12 Board Member positions in the new, merged association.

The proposal at this stage is there would be five Board positions allocated to Local Government representatives – one each for Toowoomba, the South Burnett, Southern Downs and Western Downs. The fifth position would rotate between representatives from Goondiwindi, Maranoa and Balonne councils.

The remaining seven Board positions would be made up of industry members and “skilled representatives”.

It had also been proposed that the Councils’ contributions to the new merged body would be assessed on a per capita basis of $1.15. If this is ratified by all the member Councils, it would mean the South Burnett’s contribution would rise slightly, from about $32,000 to $37,000 a year.

Cr Kratzmann has been appointed to both the TGWSB RTO and the Transition Advisory Board.

* * *
The consultants hired to assist with the merger, EC3, held a report-back meeting to members of the South Burnett Tourism Association in Kingaroy this evening.

EC3 General Manager Mark Olsen said although the new RTO would be known as Southern Queensland Country Tourism, this may not be the eventual branding under which the area is marketed. Research was being conducted which would determine the marketing brand.

He said the new association would be a non-membership based organisation. Tourism businesses would not join or pay membership fees but would “partner” with it during specific marketing campaigns.

If they wanted to join an association, he urged them to join their local tourism organisation, the SBTA.

Mark said the new RTO would rely on support from local councils and Tourism Queensland, however the level of the latter was as yet unknown. It was expected an announcement would be made by the State Government at the upcoming DestinationQ conference in Cairns.

Currently TQ provides $200,000 assistance to every RTO per year. As the 2012-13 funding had been guaranteed, the new group hoped it would receive $400,000 plus assistance for product development and destination marketing support.