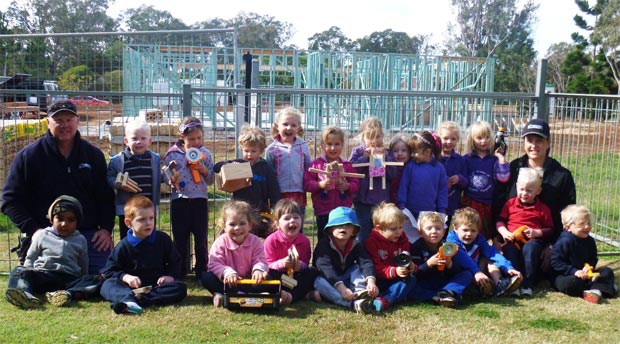 Scott and Sharna Mills with the kindy kids ... the frame has been erected on the new building 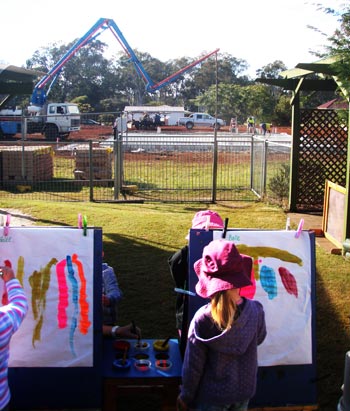 Local builders Scott and Sharna Mills, from BJT Building, took a break recently from construction of the new Kingaroy Kindergarten building to spend some time with the kindy children who have been watching the building take shape next to their play area.

“After watching all their little faces peering through the fence as we framed up the new kindy building, I thought the kids might like to get involved in some building of their own,” Scott said.

Armed with safety goggles, hammers and timber, Scott, Sharna and the children designed and built a miniature kindy. And with creativity at the forefront, the children then built a myriad of special creations including their very own spaceships, robots, people and aeroplanes.

“The construction of our new Kingaroy Kindergarten building is well under way thanks to the support and generosity of Stanwell Corporation and Powerlink Queensland as well as years of fundraising and dedication from the wider community,” kindergarten President Aimee Freeman said.

The building is being erected at 5 North Street, adjacent to the existing Kingaroy Kindergarten premises.

“We endeavour to have the building completed by August however we are still desperately fundraising to initiate Stages 2 and 3 of the premises, as we are unable to operate from our new kindergarten until a playground and car park are built,” Ms Freeman said.

The Kingaroy Kindergarten operates as a not-for-profit community kindergarten.

Past children and families of the kindergarten, community members and businesses have been invited to purchase a small stake in the new kindy by buying a personalised brick paver.

These pavers will be placed in the main entry of the new kindergarten building.

Anyone interested in purchasing a personalised paver can contact Jody on 0429-164-122 or email the kindy before July 2. 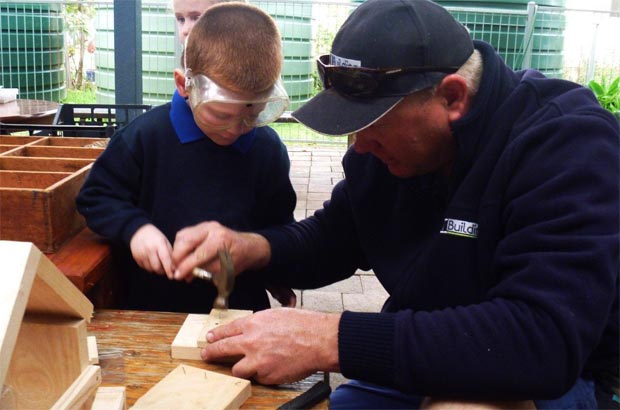 Charlie Zilm and Scott Mills busy at the woodwork table