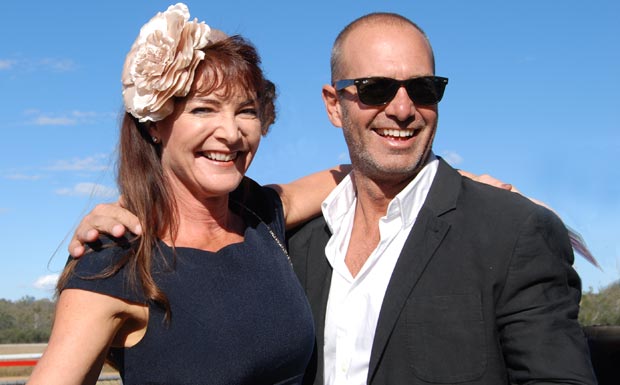 Nanango was the place to be at the weekend with a cross-promotion between the Big Screen Film Festival and the Nanango Races adding glamour to two already popular events.

TV star and Logie winner Martin Sacks, who stole the hearts of millions as PJ in Blue Heelers, was the guest at both, and proved as popular off the screen as he is on.

At the races, Martin and his entourage acted as the judges in the Fashions of the Field competition.

Whether it was because of the star factor – or because the theme was “Dress To Impress” – there was a large field of competitors.

The children’s competition was won by Teah Reynolds, 12, of Dalby and Kaine Bridger, 4, of Ningi.

The Nanango Races also hosted a special corporate event for Samios Plumbing (Pomfret’s) where more than 100 customers and clients wined and dined in a beautifully decorated marquee, with its own private bookmaker.