Cooyar Had Lots To Smile About! 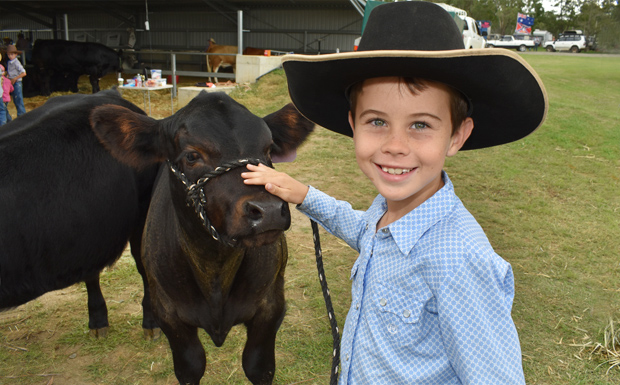 Dusty Dull, 7, from Toogoolawah, was making friends with one of Jen-Daview’s black limousin calves

The 71st Cooyar Show had something for everyone … including lots of smiles because the grass was so green!

Toowoomba mayor Paul Antonio summed up what most people were thinking:

“It is so beautiful to drive through these hills and see the greenery,” he said.

“To see what it’s like now is incredible. It has lifted all our spirits,” Matt said.

The mayor congratulated Matt and his team for all the work they had put into the show.

“The Cooyar community is punching above its weight,” Mayor Antonio said.

The show kicked off on Friday with the first heats of the campdraft followed by an innovation for this year, a Junior Judges competition under lights.

The campdraft was well-supported with 229 entrants in the Novice Section and 174 in the Open.

Troy McSweeney took home the $450 top prize on the Open final on Saturday, with Josh Hurley winning $450 in the Novice.

The main show day was Saturday, when overcast skies threatened storms. But the (usually very welcome) rain held off.

The cattle pens were crowded with a strong line-up of beef and stud cattle competing for honours.

In the pavilion, there were Lego competitions, as well as school displays, culinary, cut flowers and arts and crafts.

Bruce said every small and not-so-small business in the region now had the opportunity to “go global”, and he had helped a business in Cooyar achieve just this.

Action in the ring was non-stop.

As soon as the campdraft ribbons were distributed, the Grand Parade rolled in, followed by post-ripping, the wacky Farmers Challenge, motorbikes and a demolition derby.

The entertainment stretched into the evening with Monster Trucks, a bull ride competition, fireworks and licensed bar. 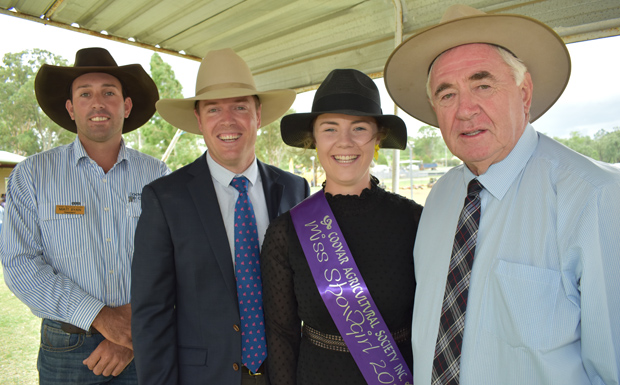 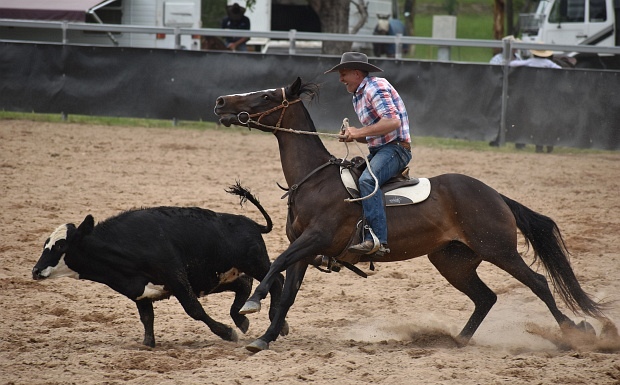 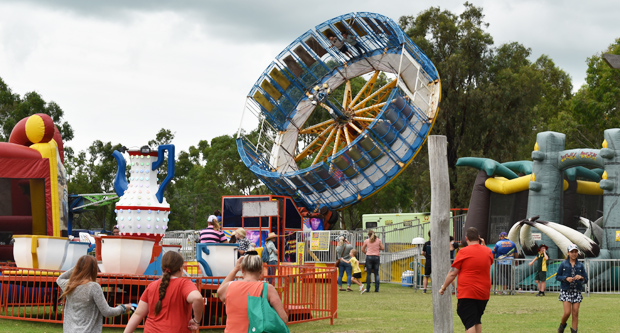 The display by Motorbike Mania included barrel racing with a difference 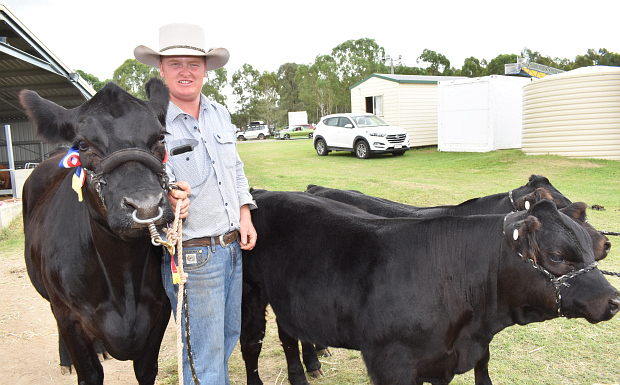 Corey Evans, from Jen-Daview Limousins in Kingaroy, with the Champion Female of the Show, ‘Jen-Daview Miss Irresistible’ and her five-month-old twin calves 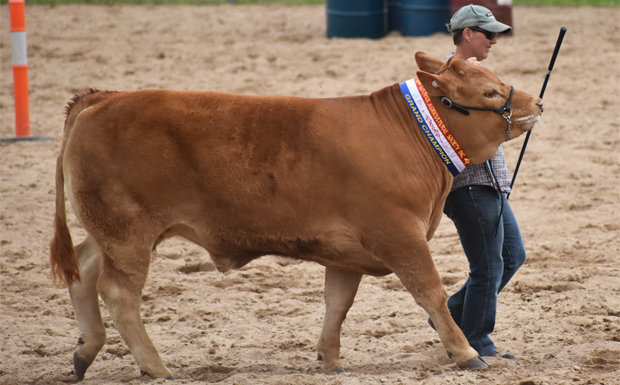 The Champion Led Steer walked proudly in the Grand Parade 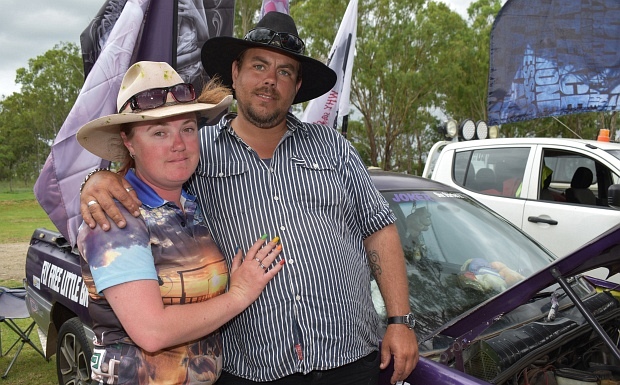 Jacinta Mansell (XF Falcon) and Darryl Chapman (VS Commodore), from Toowoomba, both had utes in the muster competition 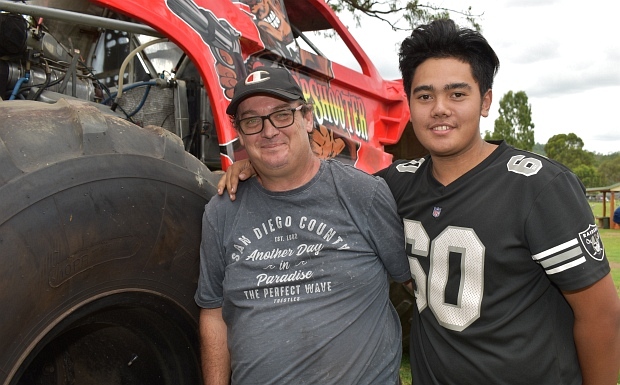 Monster truck drivers Kerry Dorman (behind the wheel of “Scruffy”) and Cassius Stevenson (“Sharpshooter”), from Ace Fireworks at Bundamba, were getting ready for a big show 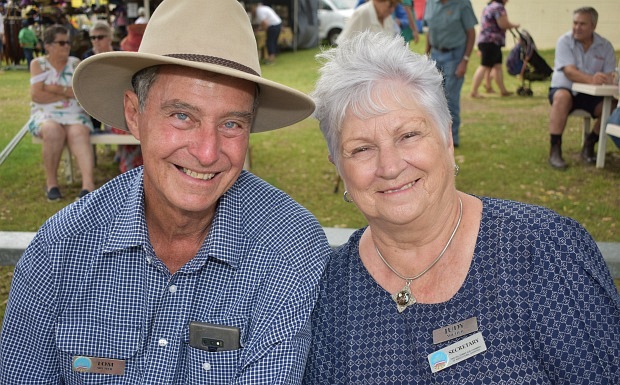 Tom and Judy Archer, from Crows Nest … Judy is secretary of the Darling Downs Sub-Chamber

Wayne Donovan, from Crows Nest, right, came second in the first heat of the post-ripping competition 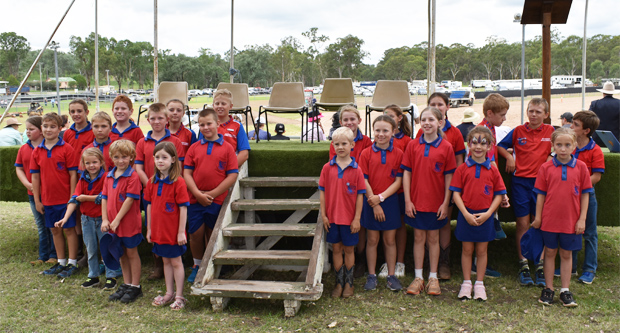 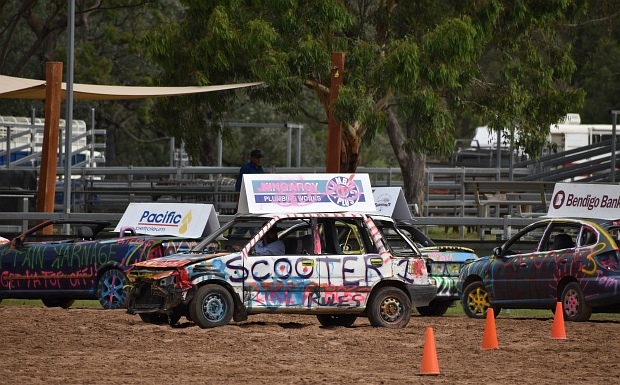 A large crowd watched on as four teams of young people – from Cooyar, Crows Nest and Goombungee – put some of their rural skills to the test in the arena: 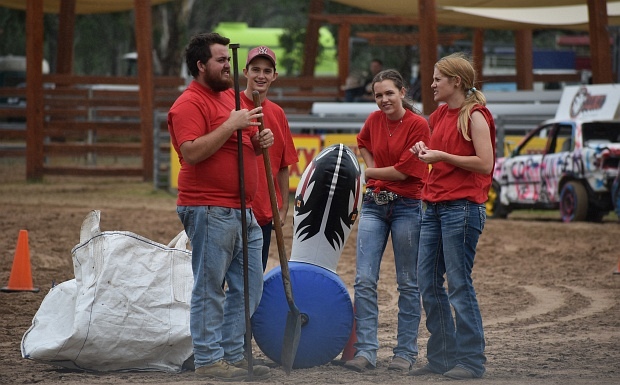 The Red team discusses tactics ahead of the challenge … 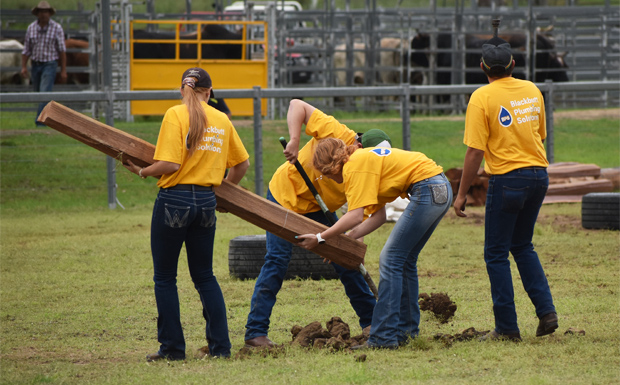 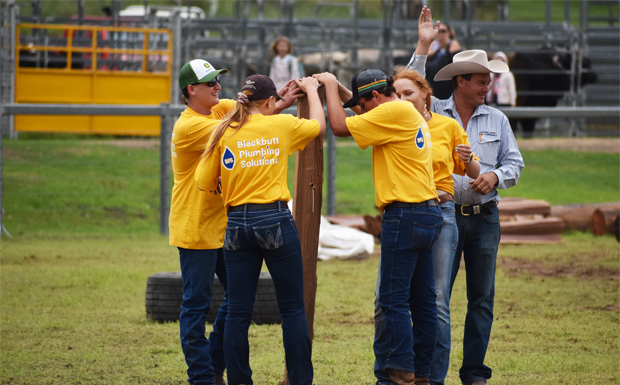 …. before the rush back to the post … and yes, the Yellow team won!