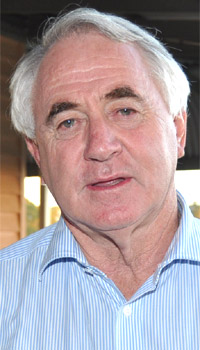 Toowoomba Regional Council plans to work with key local stakeholders and neighbouring councils to build a business case for a passenger rail service to Toowoomba.

TRC Mayor Paul Antonio said the economic opportunities and connections for the Toowoomba Region were both significant and obvious.

“Toowoomba is the gateway to western and southern Queensland and is a major residential, business and tourism centre,” he said.

“The proposed 2032 Olympic Games in SEQ is expected to bring events, teams and visitors to the Region and along with the Toowoomba Wellcamp Airport, we need sensible and forward-thinking passenger services.

“As the Federal Government encourages communities to manage future droughts through diversification, we have an opportunity sitting before us now to open up these regions and make that happen.”

Mayor Antonio said it was vital for local government to be actively involved in scoping the business case and the TRC expected to have a seat at the table when the time came.

At the moment, the Westlander passes through Toowoomba twice a week but there is no commuter service.

The push for a passenger rail service follows the signing last month of the Inland Rail agreement which will boost freight services through the region.