More than 180 cyclists raced around Kingaroy’s streets on Sunday, braving blustery winds – and steep hills – to compete for line honours in the Queensland Road Race Championships.

The course was laid out around the town and up the Booie Range, with cyclists racing up to 120km to claim line honours in various categories.

Sunday’s racing followed time trials held in Kumbia on Saturday during which 132 riders tested each other on a rolling 20km course with many reaching speeds as high as 40km/h.

The time trials and championships were organised by Cycling Queensland in partnership with the Brisbane Cycling Club.

The events were supervised by a 50-strong support crew that set up the courses, shepherded riders with support vehicles and attended to everything from race timing to punctures and first aid.

The weekend was the first event the Brisbane Cycling Club has staged in Kingaroy but not the first for Cycling Queensland, which has hosted cycling events in both towns several times in recent years.

Cycling Queensland’s Lettie James said a big part of the South Burnett’s appeal was that road traffic was light and it was easier to get temporary road closures.

She praised Kingaroy police and the South Burnett Regional Council for their help, and residents for their tolerance.

“Kingaroy police were really great; they came out at 7:00am on Sunday to turn off some traffic lights,” Lettie said.

The cyclists had to contend with strong winds and – on Saturday – dust.

Lettie said this made the weekend more challenging for cyclists than usual but it was something most competitors accepted in their stride.

“You can’t control the weather, so everyone just shrugged and got on with it,” she said.

Sunday’s races started and ended at the Kingaroy Youth Park in Somerset Street.

But the finishing line was a white timing wire taped across the road instead of the familiar inflatable structure used in previous years.

Lettie said that since the last time Cycling Queensland had been in Kingaroy, inflatable finishing lines had fallen out of favour in cycling circles.

“The pumps that keep them up kept failing, and there was even an incident in the 2016 Tour de France where one of them deflated on a bunch of cyclists who were passing underneath it,” Lettie said.

“The results weren’t pretty so the international cycling bodies decided the best thing to do was ban them, and we’ve followed suit.”

Local spectators for Sunday’s Championship races were thin on the ground.

However, towards mid-afternoon a small number gathered with race officials and organisers to cheer the racers across the line.

Sunday’s racing concluded with medal presentations to the winners.

“Everyone is very friendly and relaxed and it’s not as crazy and overcrowded as the city is these days, so I’m sure we’ll be back again at some time in the future.” 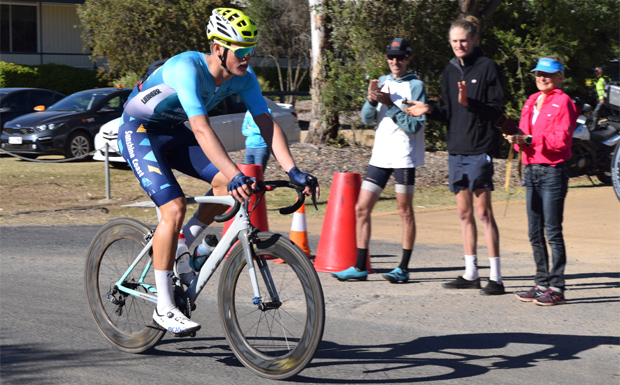 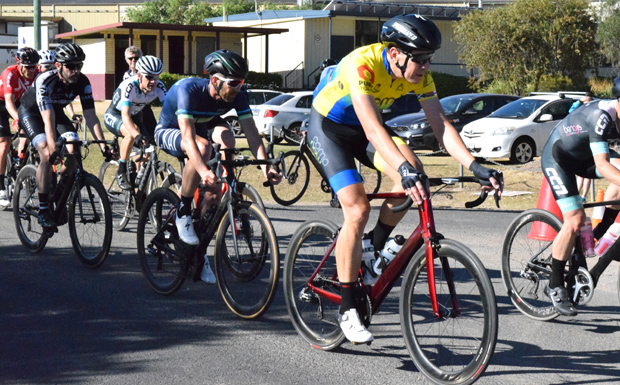 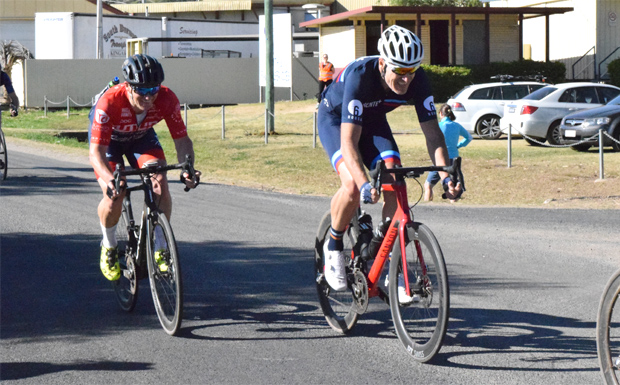 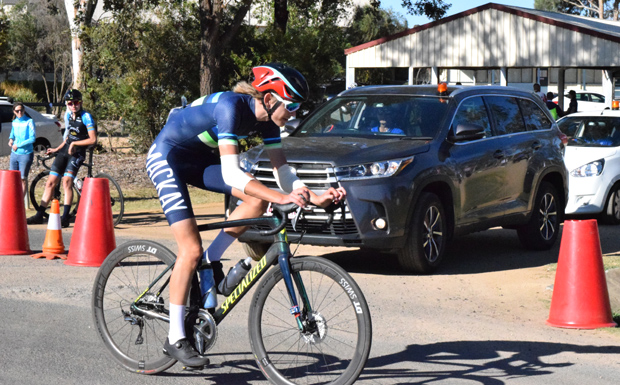 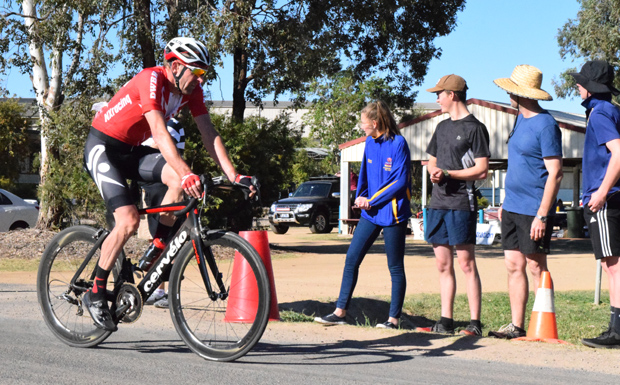 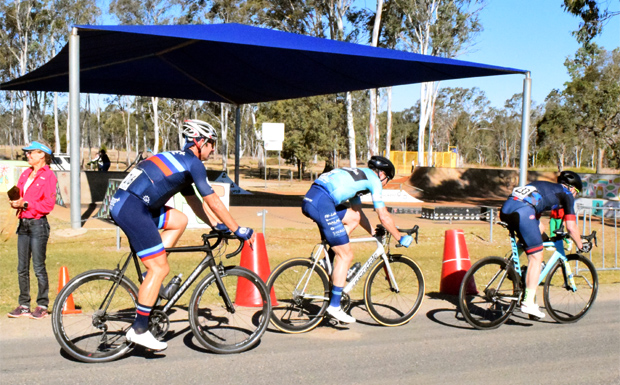