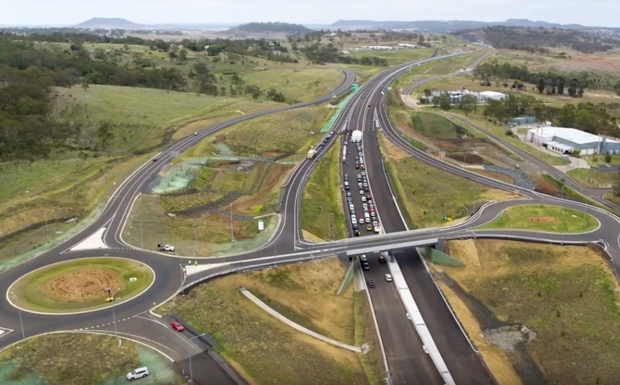 The first three months on the new Second Range Crossing will be toll-free (Photo: Nexus)

Car drivers will pay $2.30 – and truckies $22.85 – to use the new Toowoomba Second Range Crossing when tolls are introduced later this year.

The $1.6 billion bypass will be officially opened on September 8, in time for Toowoomba’s Carnival of Flowers, but it will free for all users for three months.

When tolls begin, charges will be:

The toll charges and opening date were released by the State Government on Tuesday.

The 41km bypass has been jointly funded by the Federal and State governments.

Main Roads Minister Mark Bailey said the bypass was a significant piece of national infrastructure which would have an incredible impact on the Toowoomba and Darling Downs regions for years to come.

“The bypass not only addresses increasing transport demands from the region’s growing population, but will improve freight efficiency, driver safety and relieve pressure on Toowoomba’s roads,” he said.

The toll point for the bypass will be located at Cranley, east of the Mort Street Interchange.

All heavy vehicles will be required to use the TSRC except vehicles with a local destination in Toowoomba, or travelling to, or from, the Warwick area via the New England Highway.

Vehicles with a destination in Toowoomba (ie. to supply goods, services) will be exempt from the mandate.

Buses, motorhomes and motorised caravans over 4.5 tonnes will also be exempt so these vehicles can continue to stop in Toowoomba and contribute to the local economy.

Tolls will be managed by Transurban Queensland, which trades as Linkt (previously known as govia).

Motorists with an existing Linkt account, or an account with another Australian toll provider, will be able to use their current payment arrangement on the Toowoomba Second Range Crossing. 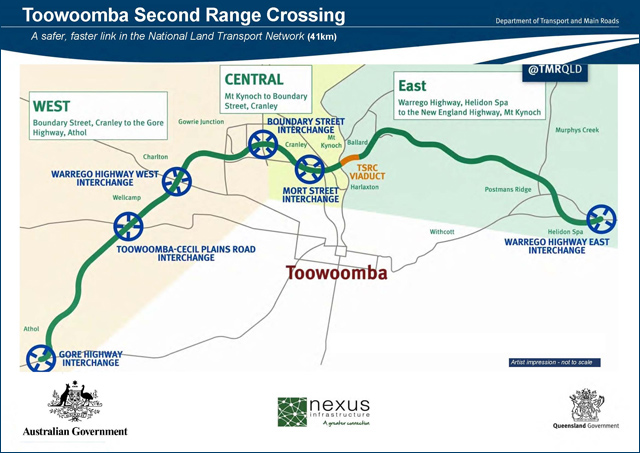