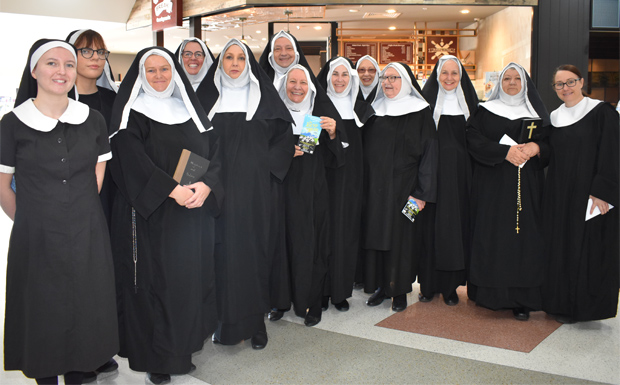 Shoppers were treated to an impromptu performance of popular songs from The Sound of Music on Saturday morning when some of the cast members from the South Burnett Musical Comedy Society visited Kingaroy Shoppingworld.

The “nuns” turned heads as they wandered through the mall handing out flyers for the group’s annual big show, which begins this week.

They then gathered near Best & Less – joined by “Maria” and the “von Trapp” children – to share a couple of songs before the gathered crowd.

There are six performances scheduled for Kingaroy’s Performing Arts Centre at the4 end of Markwell Street, including a special “sing-along” event:

The last show in the series will be held at the Empire Theatre in Toowoomba on August 10.

Bookings for the Kingaroy performances can be made online 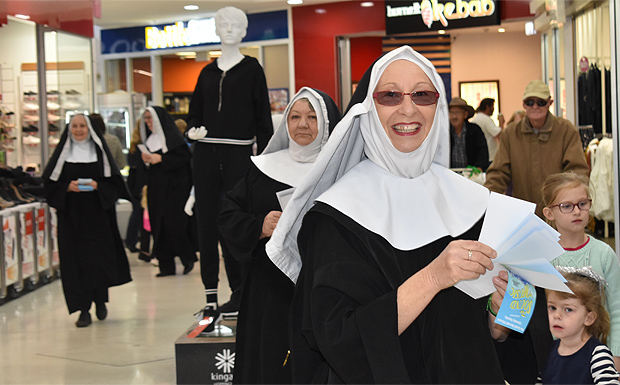