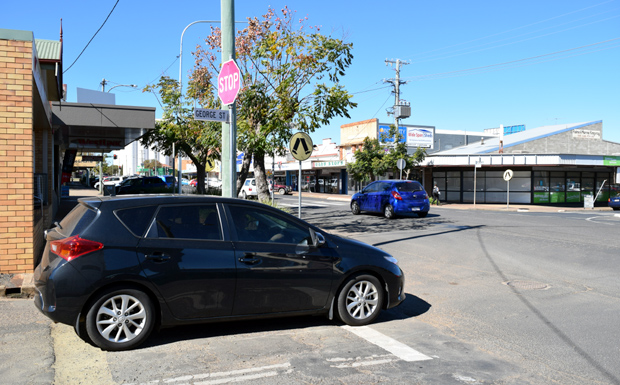 Kingaroy’s George Street looks set to become one way on the Haly Street end within the next few months to improve safety.

On Tuesday, South Burnett Mayor Keith Campbell said the move, which would still have to be approved by Council, had been prompted by several recent crashes,

This included the death of motorcyclist in May after his bike and a ute collided.

It is a rear access road for several businesses, and is currently two-way in two sections, at the Repco end near Youngman Street; and at the South Burnett Times end near Haly Street.

The centre section was made one way by Kingaroy Shire Council many years ago to discourage “rat running”.

Mayor Campbell confirmed that under the proposal, nothing would change at the Repco end of the street.

However, drivers would no longer be able to drive out of George Street in to Haly Street.

He said other proposed Haly Street safety improvements – such as the relocation of a pedestrian crossing next to the intersection of Haly and Glendon streets – would need to be approved by the Department of Transport and Main Roads.

Mayor Campbell said feedback about the George Street change would be sought from local businesses before it was voted on within the next few months. 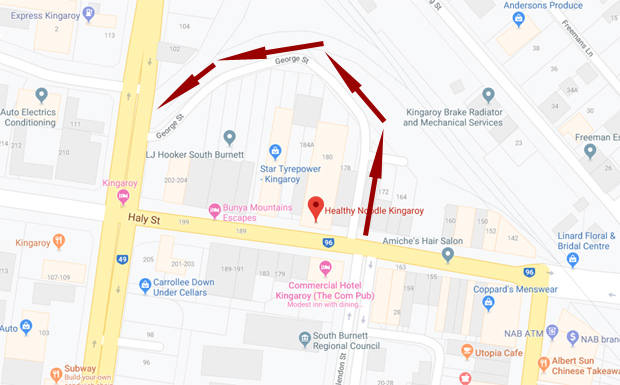