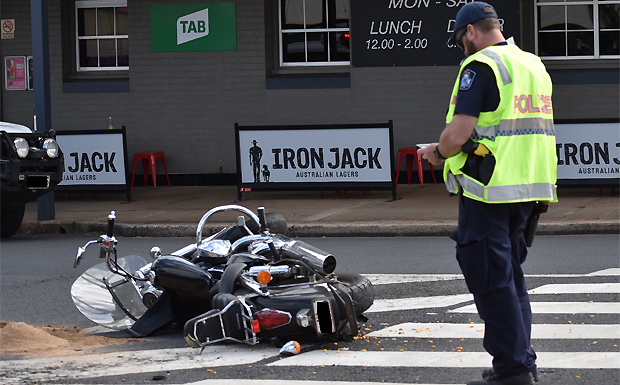 A motorcycle rider involved in a crash in Kingaroy on Thursday afternoon has died in hospital.

A police spokesperson said the 43-year-old Kingaroy man was travelling east on Haly Street about 1:50pm when the crash occurred.

The second vehicle, a Ford work ute, was turning on to Haly Street from George Street.

The rider was thrown from the motorcycle on to the road.

He was taken to Kingaroy Hospital before being airlifted to the Princess Alexandra Hospital where he died on Thursday night.

Police are investigating if speed was a contributing factor to the crash.

Anyone who witnessed the incident, or saw either vehicle beforehand, is asked to contact Policelink on 13-1444.

A motorbike rider has been taken to hospital in a critical condition following a collision near the corner of Glendon and Haly streets on Thursday afternoon.

Officer-in-charge of Kingaroy Police, Senior Sergeant Dave Tierney, said it appeared the motorcycle was travelling in Haly Street when it and a ute collided.

Ambulance paramedics worked at the scene to stabilise the badly injured male rider before transporting him to Kingaroy Hospital.

The crash occurred about 2:00pm.

The driver of the Ford Falcon trayback ute is not believed to have been injured in the collision.

The Honda VT750 motorcycle ended up near the Glendon Street crossing, leaking oil on to the roadway.

Police diverted traffic in Haly and Glendon streets while emergency services were at the scene.

UPDATE:  The rider was later airlifted by RACQ LifeFlight helicopter to PA Hospital in a critical condition. 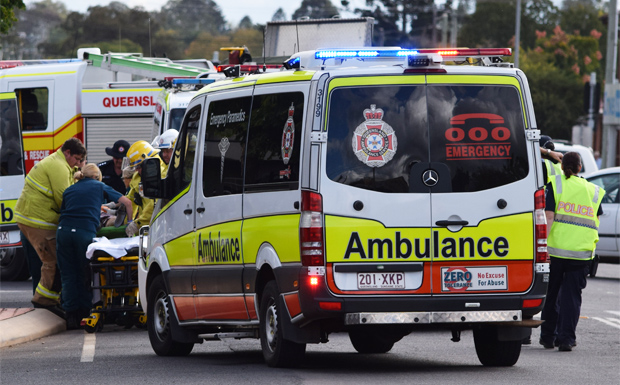 Paramedics, assisted by other emergency services personnel, prepare to transport the injured man to hospital 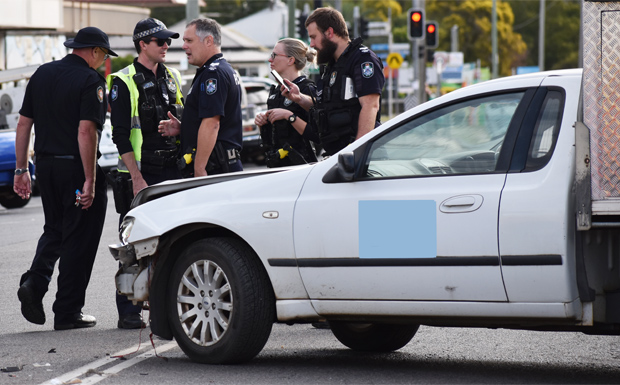 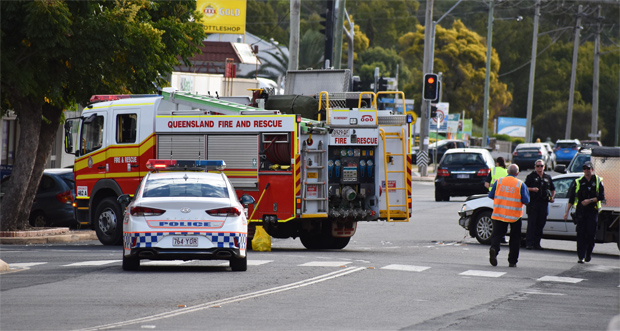 Snr Sgt Tierney said the collision was not connected with two other incidents involving police which were occurring about the same time in Kingaroy.

Police are investigating an alleged armed robbery in Rotary Park.

Investigations into these incidents are ongoing.

A woman pedestrian who was found collapsed on the side of the Bunya Highway on Thursday afternoon has been transported to Cherbourg Hospital.

It was initially feared the woman had been struck by a vehicle but a QAS spokesperson said it appeared she had suffered a medical episode.

QAS was called about 2:00pm to the incident, two kilometres north of the Wondai Cemetery.