No Respite Yet From Hot Weather 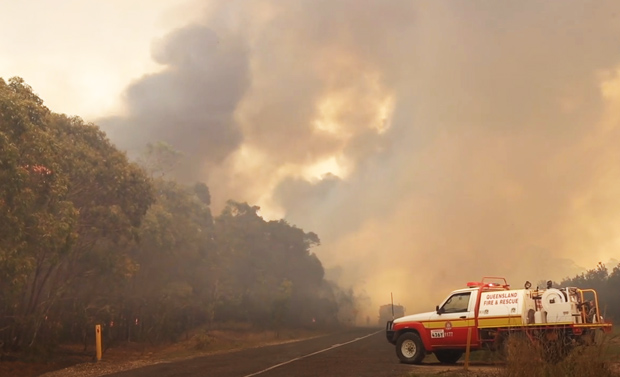 A section of the bushfire raging near Deepwater, north of Bundaberg, on Friday (Photo: QFES)

The Bureau of Meteorology says heat records have tumbled in an extraordinary week of widespread and protracted heatwave conditions across eastern Queensland.

BOM State Manager Bruce Gunn said the severity of the conditions had been reflected both in the number of records broken and number of fires, many of which were still burning.

“It is a tribute to the hard work and dedication of firefighters, emergency services personnel, volunteers and the actions undertaken by members of the community that we have not seen any loss of life during the past week, but we are by no means through this yet,” Mr Gunn said.

“While conditions have eased following the Catastrophic Fire Danger Ratings observed on Wednesday, Severe to Extreme heatwave conditions are expected to continue into next week, extending into the north-west and south-east of the State.

“We also wanted to clarify that while Catastrophic conditions have been observed in Queensland in the past, this was a very short-lived event which occurred in Birdsville (September 19, 2012), for about an hour.

“This was the first time this district has recorded Catastrophic conditions and the most prolonged event in Queensland since the implementation of the current Fire Danger Rating System in 2010.

“Daytime temperatures are expected to peak around 8-10 degrees above average in the south-east on Sunday where Severe heatwave conditions may develop in heavily populated parts in the south-east, posing a health risk to the vulnerable in the community.”

There are some early indications that temperatures in central and northern Queensland may return to closer to average by next Thursday. 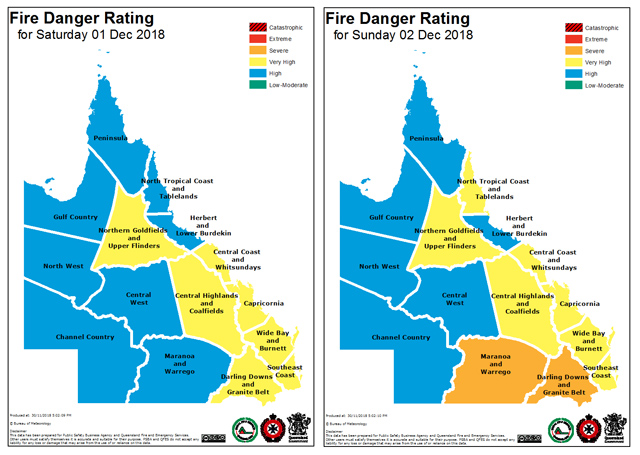